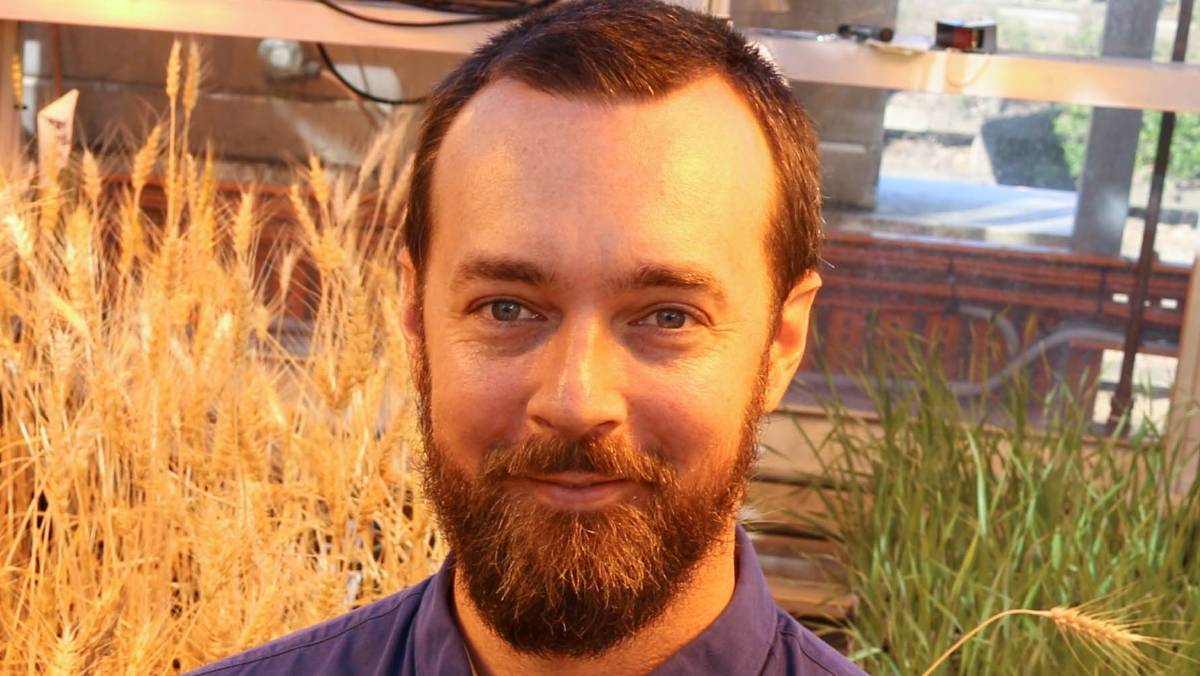 Dr Lee Hickey from the University of Queensland is being presented with an ICM Agrifood Award.

Dr Lee Hickey has played a key role in developing technology that enables up to six generations a year for major crops.

A QUEENSLAND researcher who developed "speed breeding" technology for major crops has been recognised with one of Australia's top awards.

Dr Lee Hickey from the University of Queensland has played a key role in developing technology that enables up to six generations per year for major crops like wheat, barley and chickpeas.

He is tonight (Thursday) being presented with an ICM Agrifood Award at a gala event in Sydney, organised by the Australian Academy of Technology and Engineering.

The technology had been used to create novel wheat varieties in Australia and was being adopted by plant breeding programs around the world.

"We face the challenge of developing more robust and productive crops to feed our growing populations," Dr Hickey said.

"Raising farmers' productivity is vital for our economy and for the consumer."

Dr Hickey leads a research team at the Queensland Alliance for Agriculture and Food Innovation that focuses on plant breeding and genetics research into Australia's most important cereal crops, wheat and barley.

Raising farmers' productivity is vital for our economy and for the consumer. - Dr Lee Hickey, University of Queensland

Academy president Professor Hugh Bradlow said Dr Hickey had made a tremendous contribution with his technology, slashing the time to develop improved varieties for farmers.

"More than ever, we need knowledge creation, technology and innovation that can be harnessed to drive commercialisation and economic and social benefit.

The ICM Agrifood Awards recognise early-career scientists or technologists who had demonstrated excellence, innovation and impact in relation to food and agriculture in Australia.

Sponsored by
Government streamlines planning for worker accommodation.
Test
Talk to us, pleads Australian Meat Industry Council.
Test
Fleece traits and production data are rapidly growing the client base of Hynam Poll Merino stud at Longwood.
Test
The giant Kiwi co-op is officially reviewing the future of Fonterra Australia.
Test
Agriculture Victoria is offering Mallee farmers the opportunity to take part in a series of discussions sessions.
Test
The oil seed crop as a range of environmentally-friendly purposes.
Test
The government is rolling out programs to build resilience in more than 25 local government areas.
Test
Lot 2 in Collinsville stud's annual ram sale has made $88,000- an Australian Merino on-property record price.
Test