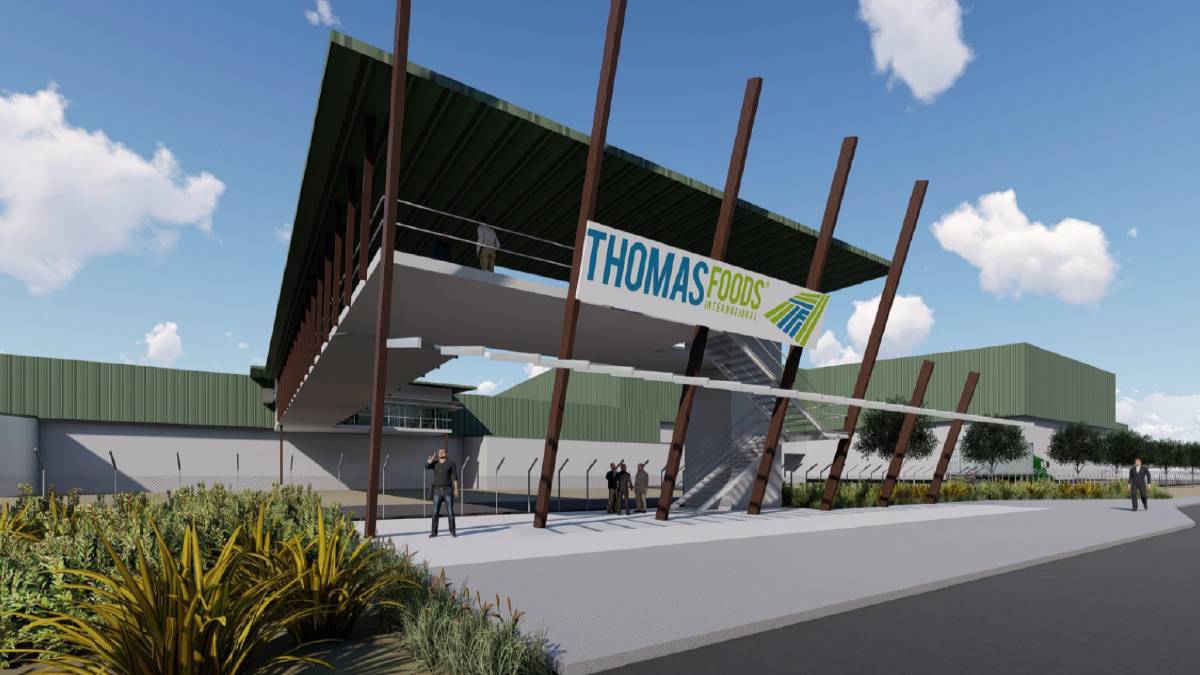 A plan of the new TFI processing plant to be built 10kms from the town centre of Murray Bridge.

Nearly 18 months after the severe blaze at Thomas Foods International's Murray Bridge abattoir the family-owned company has announced it will build a new state of the art, multi-species abattoir.

Nearly 18 months after the severe blaze at Thomas Foods International's Murray Bridge abattoir, the family-owned company has announced it will build a new state of the art, multi-species abattoir.

A greenfield site, 10 kilometres from the Murray Bridge town centre and 8km from the previous site on the Mannum Road has been chosen for the rebuild.

It is expected to cost several hundred million dollars and create about 2000 jobs when fully operational.

"We want our facility to be world class in adapting the latest advancements in technology, efficiency, environmental sustainability, animal welfare and workplace safety," he said.

"This is the single largest investment by our company in its 30-year history and on a scale not seen in our industry for many years. It's also our long-term commitment to our community, staff, customers and livestock suppliers throughout SA and Australia."

TFI has established a dedicated project team led by Darren Thomas and chief operating officer David McKay and including internal and external designers, engineers and planners to drive the development.

"From the fire has come a 'once-in-a-lifetime' opportunity to build a brand new flagship facility that will service our global operations for many decades to come. This will be a technically advanced facility to deliver the highest standards in beef and lamb processing," Mr McKay said.

The plant and its capacity will be built in a staged approach with the beef processing facilities to be completed first.