A young Avenel livestock producer has put his engineering degree to good use, developing a new farm management tool to help with record-keeping. 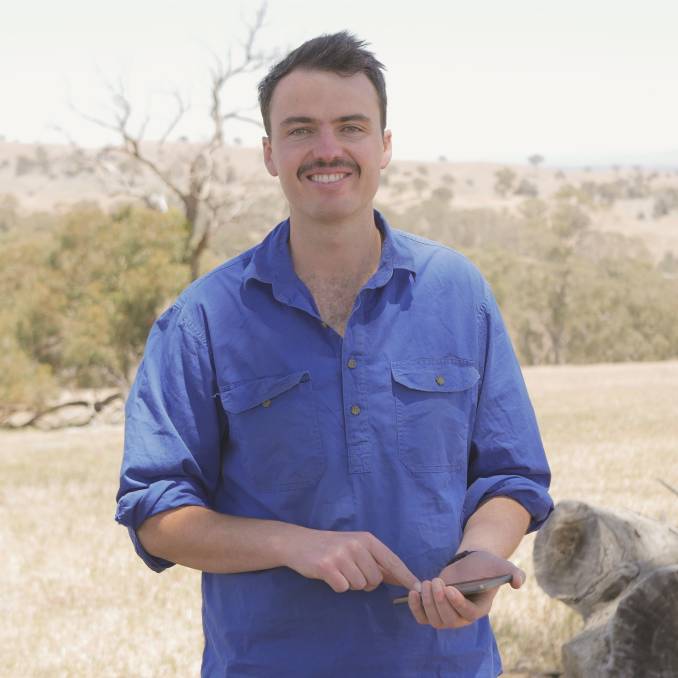 Jock Lawrence, Avenel, has described his engineering degree, completed at the University of Melbourne, as a "slight deviation", before returning to the family farm.

Mr Lawrence started out studying civil engineering and ended up in spatial engineering, taking what he had learnt back into agriculture.

"The degree was a slight deviation, and I came back to the farm pretty quickly," he said.

The idea for Mobble came along when he, and father David, were looking for a better way to manage farm and livestock records.

With agriculture undergoing a digital transformation, turning everything from paper to screen and ensuring data is kept safe, it seemed logical to look for a better way of keeping farm records.

"I've always been interested in building things or solving problems, and saw engineering as a way to do more," he said.

He started out studying civil engineering and ended up in the spatial engineering stream, which focuses on mapping, geographic information systems, computer visualisation, surveying and image processing.

"It looks like I have found plenty of problems to solve, on the farm," he said.

He said he and his father tried to use existing farm and livestock management software.

"There were a few products to choose from, but we found that nothing was flexible enough to fit Dad's farm without changing the way we ran the whole operation," he said.

"A couple of years went by, and it became clear that other farmers were facing similar problems."

Mr Lawrence said what was needed was a practical solution to manage records.

He said it was set to replace the notebook, which often ended up in the washing machine.

"A lot of apps are too complicated for commercial operators, so we have stripped them back and developed a real simple farm management solution," he said.

Mr Lawrence said user feedback was at the core of Mobble's creation.

"It's really important to me that Mobble is built on farmers' feedback, listening directly to what they need and applying that in an easy-to-use solution," he said.

"Beyond farm management software, Mobble is a way to connect the team and increase engagement levels across the entire business."

Since January, Mobble has been rolled out to more than 95 farming businesses.

Mobble has also recently accepted a place in the SproutX 2019 accelerator program, which helps ag-tech start-ups get into the industry.