A rise in Merino fleece prices was counteracted by a dip in crossbred and carding returns this week. 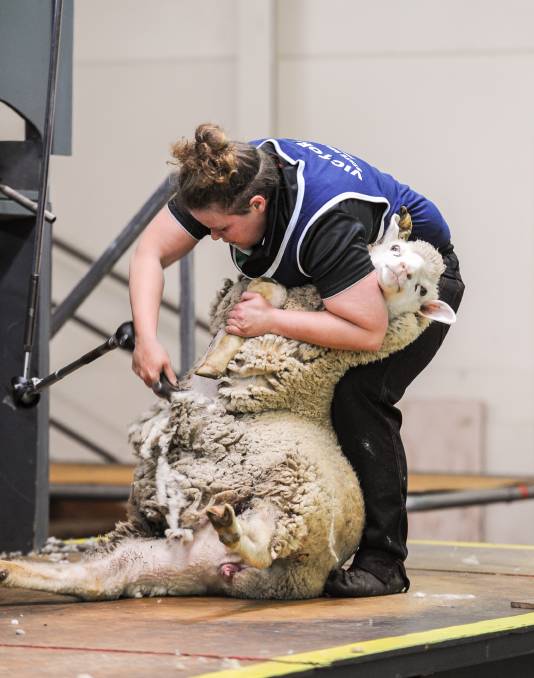 A rise in Merino fleece prices was counteracted by a dip in crossbred and carding returns this week, with the wool market holding fairly firm.

The Eastern Market Indicator did rise four cents a kilogram week-on-week to 1927c/kg, but Australian Wool Innovation put that down predominately to a falling Australian dollar, rather than a rising market.

“In general, Merino types were anything from unchanged to 15c/kg dearer, crossbreds 10 to 30c/kg lower and cardings recorded a 15c/kg loss,” AWI’s weekly market report said.

The broader wools were more variable at the Melbourne sale, with the 26 micron indicator dropping 34c/kg and the 30 micron guide climbing 22c/kg.

Nationally a lower volume of 41,757 bales were offered, with 9.6 per cent passed in.

Buyer demand was solid for Merino fleece lots with high strength, while the large selection of tender wool with high midbreaks was discounted, and crossbred lots eased.

According to the Australian Wool Industries Secretariat, the EMI now sits 65c/kg above the final sale of 2018, and 126c/kg above the same sale week last year.

“The strong demand seen for the fine and medium crossbreds over the two previous sales eased on both Wednesday and Thursday,” AWIS reported.

“Oddments eased on both days, with the average AWEX Merino Cardings Price Guide finishing 27c/kg less than in the previous week, to close at 1153c/kg. Buyers for China were dominant, with support from buyers for India and Europe.

“Looking ahead, offerings for the coming three sales are expected to range from 37,575 bales to 40,629 bales and to be 4.3pc less than in the same period last year.”

The season total value of wool sold is now at $1.815 billion, equating to $2219 per bale. While prices had come off the record highs it achieved last year, Rabobank analyst Angus Gidley-Baird said the supply side of the equation should keep them firm.

“We obviously have a shorter supply then we have ever seen before, and we would expect it to contract again in the coming 12 months given the season,” he said.

He added the impact of China’s economic slowdown would have on their demand for Australian wool would be the other impacting factor.

“There is a bit of uncertain commentary coming from economists that China is slowing…but we are not sure on how dramatic the downturn will be,” Mr Gidley-Baird said.

“We can expect the fibre production to shift with the higher production of finer wools because of drier conditions, and premiums for those wools returning to more normal levels as we rebalance the equation on the micron spectrum.”