The Hamilton Regional Livestock Exchange is the latest to join the digital age that is sweeping across the livestock sales industry.

The Hamilton Regional Livestock Exchange is the latest to join the digital age that is sweeping across the livestock sales industry. 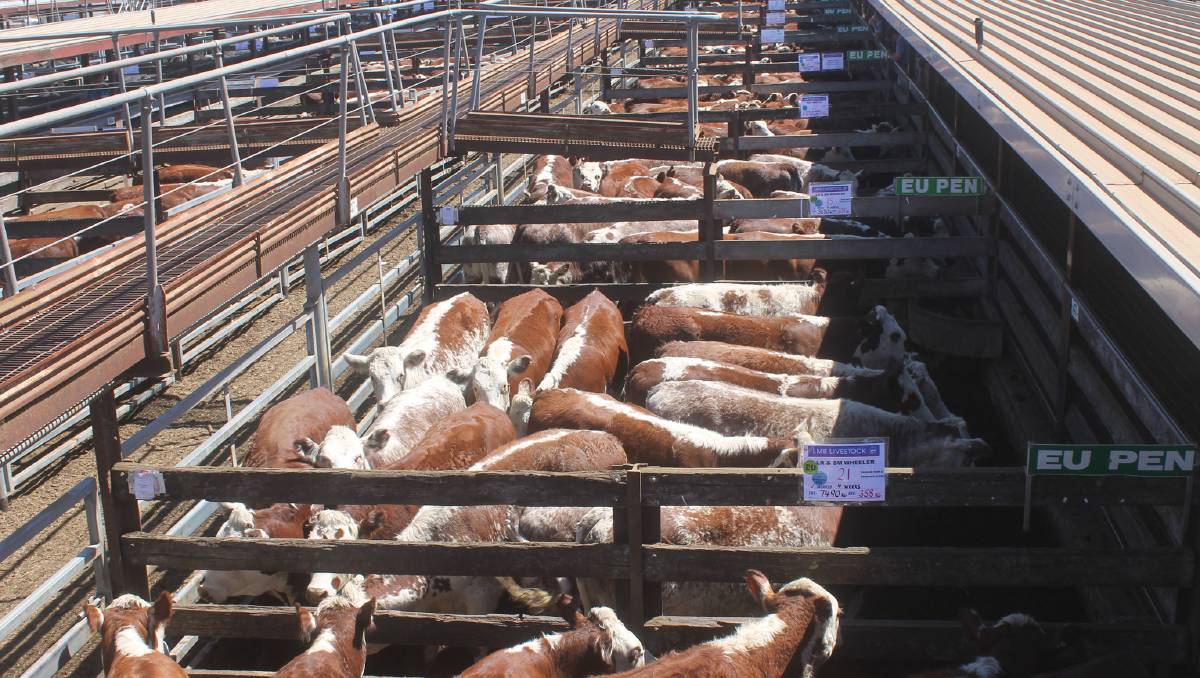 Numbers: This year’s Southern Weaner sales at Hamilton were conducted with the assistance of Outcross with more than 12,300 weaners offered across five days.

This year’s Southern Weaner sales at Hamilton were conducted with the assistance of Outcross. The same system has been introduced at the centre’s regular prime sheep and lambs sales.

Outcross Victorian Regional Manager, Peter Brooker, said the agents had recognised that Outcross could supply services that would allow them to concentrate on other core services.

After consultation between agents and the council Outcross introduced its Stock Yard program to the Hamilton centre for this year’s weaner sales week.

Due to the season, the traditional two-week selling calendar at Hamilton was compressed into a high intensity five day period offering some 12,356 weaners across five selling days.

Mr Brooker said the process meant that Outcross, developed by Tom Newsome in 2008, supplied the software to run the sale, attached weights to lots and conducted the NLIS transfers.

He said the process at Hamilton during the week was to input the National Vendor Declarations (NVDs) for stock arriving.

At the same time agents booked each lot using a tablet with vendor name, pen number for each lot, number in the pen, description of the stock.

Once of the lots were penned and the NVDs balance – number of head booked up compared to the number delivered – and the number on the tablet matched what was in the pen.

Mr Brooker said Outcross had a team of 10 staff. In the morning of the sale the staff opened up pen one and these were run around to the weighbridge for weighing.

The lot was scanned onto the weighbridge and the weight recorded and the cattle were then returned to their selling pen.

If tags were missing the pen could be hand scanned to match to the data collected when the stock were delivered.

Once the numbers balance the agents were provided with print outs showing each pen and the average weight and total weight.

The agents could then decide to shuffle the sale order depending on weights if necessary using their tablets..

The sale was clerked on tablets which removed the double handling after the sale.

The details could be checked as the sale progressed and buyers were able to check and receive a print out of their purchases immediately as they completed their buying.

He said the program streamlined the system.

In the case of sheep or lamb sales, the night before the sale agents send Outcross (Clearscan) a list of the Property Identification Numbers for all their stock for pre-entry as “dummy NVDs”.

In the morning as each vendor lot arrives they are matched with the NVD.

Each pen is logged the same as the cattle.