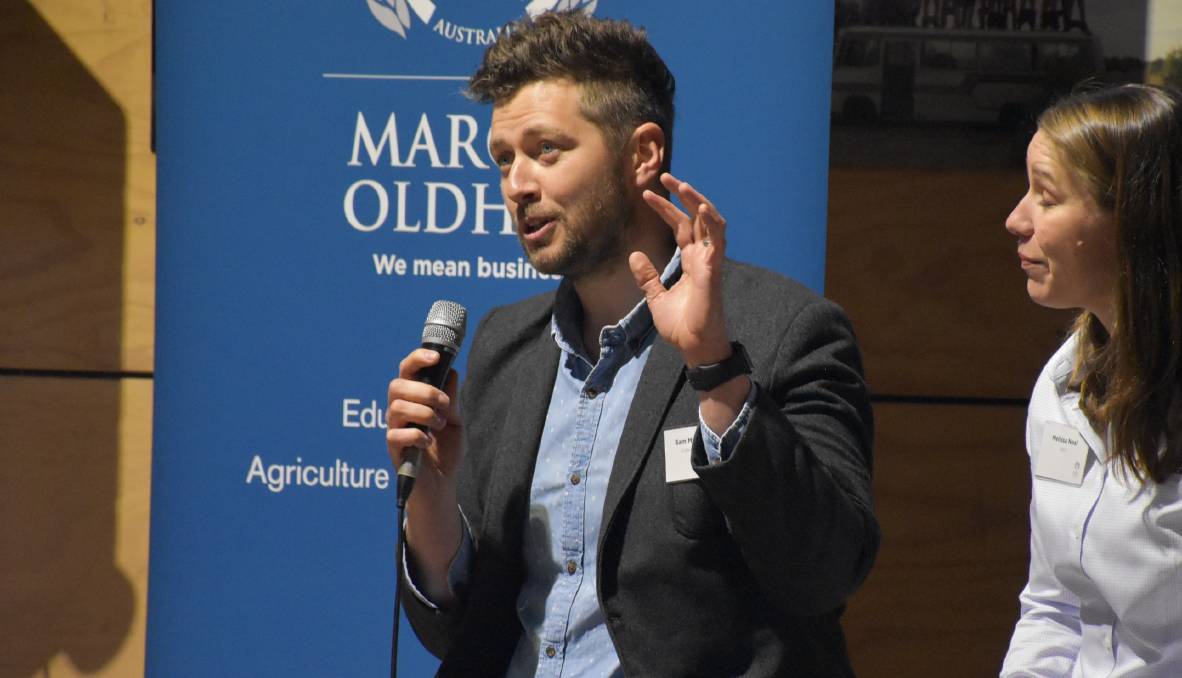 A reality television show that follows the lives of regular Australian farmers could help improve the image of the agriculture industry.

A reality television show that follows the lives of regular Australian farmers could help improve the image of the agriculture industry.

That’s according to Cultivate Farms co-founder Sam Marwood, who said while the idea might seem “out there”, it could have the potential to reach a substantial audience.

Mr Marwood said the show could be broadcast through YouTube, and would follow the lives of a handful of farmers over several years, showcasing their day-to-day lives.

Speaking at the New Breed forum at Marcus Oldham College in Geelong, he said the objective would be to educate about the good practices in the industry.

“We’re currently rubbing two world views together that aren’t going to change, there are some people out there that don’t want animals affected at all, and we’re not going to be able to change that,” he said.

“So what can we do? We don’t have to convince people, but we should be at the forefront telling people our story.”

And it fit with what other members of the panel said in relation to improving the reputation of the industry.

PricewaterhouseCoopers senior consultant Ginny Blair said there were only negative stories in the media, so the industry needed to be more proactive rather than reactive.

“We have some of the best practices in the world, and we need to go out and talk about these,” Ms Blair said.

Sheep Producers Australia leadership manager Melissa Neal said this could even be done at the dinner table.

“Some people don’t have connections to the land and don’t understand the industry, so start simple and just talk to your friends and family from the city,” Ms Neal said.

She said it was also crucial to have a united voice.

“If they’re hearing different messages from different individuals and groups, it’s going to get really confusing,” she said.