Weaner steers sold to 333 cents a kilogram and heifers to 291c/kg at the inaugural Kerr & Co Livestock Feature Spring sale held in Mortlake.

Weaner steers sold to 333 cents a kilogram and heifers to 291c/kg at the inaugural Kerr & Co Livestock Feature Spring sale held in Mortlake. 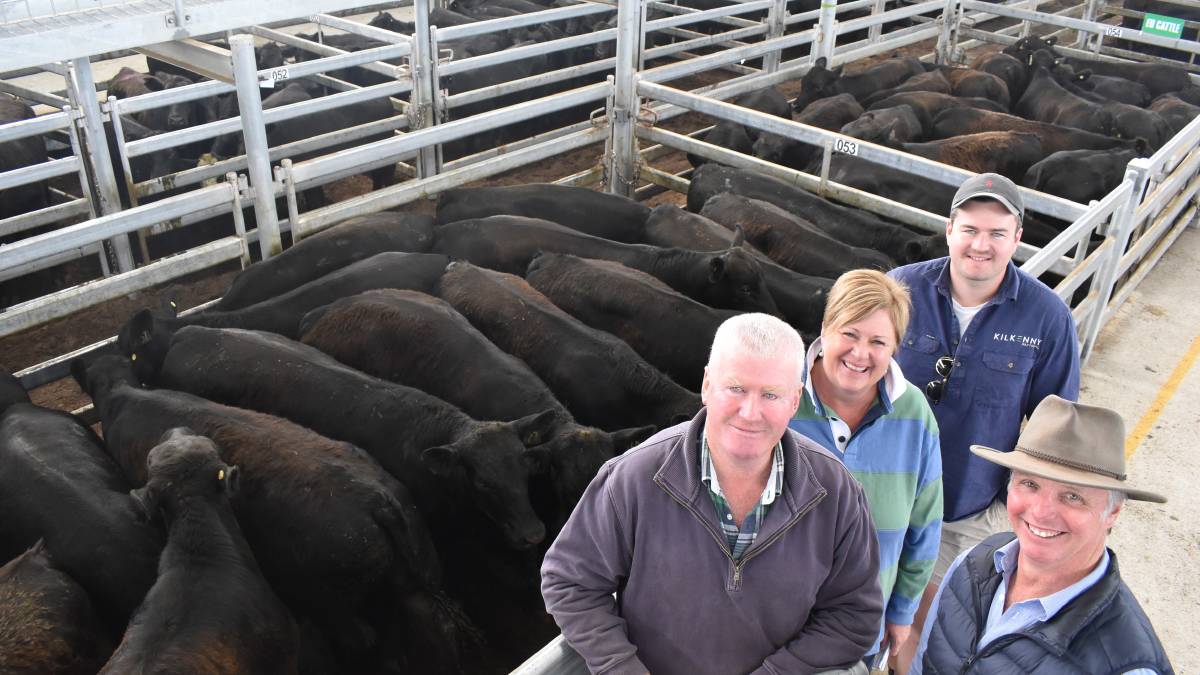 There were 3411 cattle yarded with the quality described as exceptional.

Kerr & Co Principal, Michael Kerr, congratulated the vendors on the quality of the cattle and for supporting the switch to Mortlake facility.

“I’ve been in the Western District for over 50 years and I’ve seen a lot of yards close. We’ve got to move on. We don’t use old Ferguson tractors anymore and we don’t drive forty year old cars,” he said.

“We have to move on and go with the times. If we don’t people will get left behind.

“The Mortlake yard is like going to a five-star hotel for the cattle.

“There’s a soft floor, a roof, the cattle are drafted through electronically, its a marvelous system.

Mr Kerr said the stock presented well in the Mortlake yards and the soft floors meant cattle were also delivered in top condition after the sale.

“We’ve got to move with the times, if we don’t we get left behind. Some of the older yards in the Western District are 40-50 years old and unfortunately we all grow old and we all have to be renewed at some stage,” he said.

Post by Opening pen of the Kerr and C Feature sale at Mortlake | VIDEO.

Mr Kerr said there was only a small differential between the prices for Angus and Hereford cattle.

There was a good contingent of feedlotter buyers who absorbed more than one third of the yarding, as well as grass finishers from Gippsland, South East South Australia and local support.

Mr Kerr said the heavy cattle were on par with Ballarat and the spring drop cattle, because of their quality and breeder cattle, were 10-15 and sometimes 20c dearer.

David and Robyn Roache and son Daniel, Kilkenny, once again awarded the David Powling Memorial Shield for the fourth year in a row.

Top of the young steer section went to Brandon Pastoral at 333c/kg for its top line of 22 Black Baldy steers, weighing 314kg or $1045. Buyer was Landmark Warrnambool.

Ardonachie, Macarthur, offered an annual draft of spring drop steers and heifers. The top pen of 52 Angus sold to a repeat buyer account SKB Rodwells, Warrnambool, for 332c/kg coming in at $973 at 293kg.

Murroa East Pastoral, Hamilton, sold 93 Angus, Weeran blood steers, to a top of 327c/kg. Sold in three pens and weighing between 339 and 404kg, the steers were bought by Kerr & Co account. 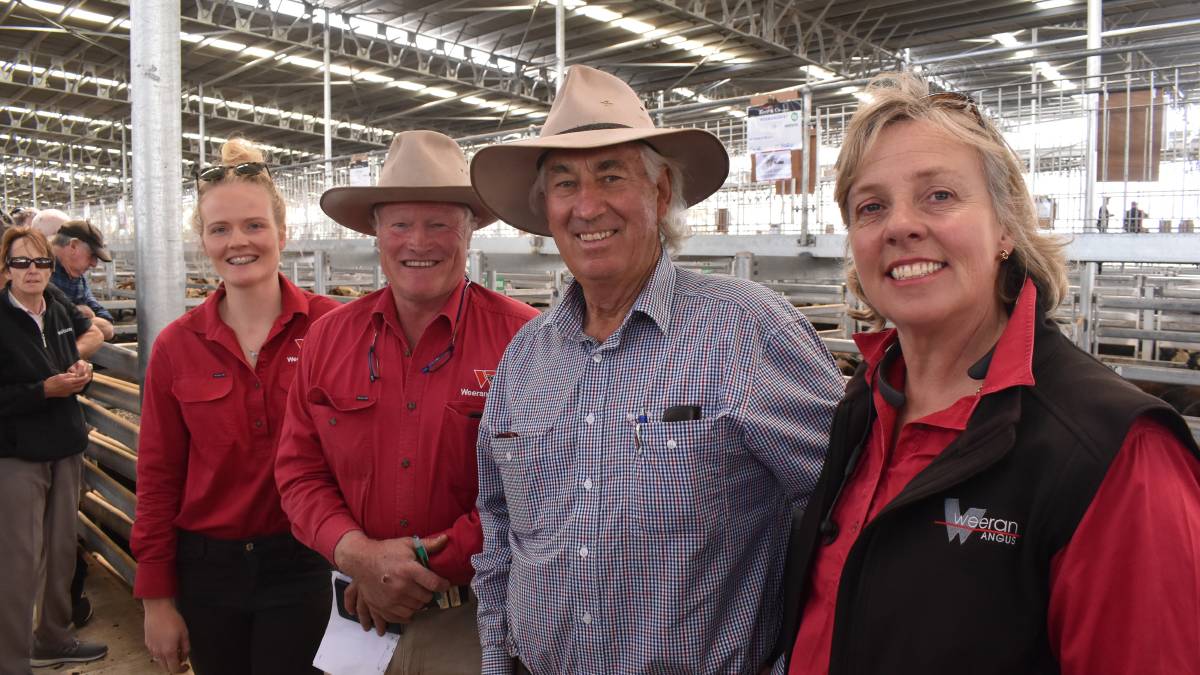