A powerful combination of figures and conformation has won an Allendale ram the supreme Suffolk sash at the Royal Melbourne Show. 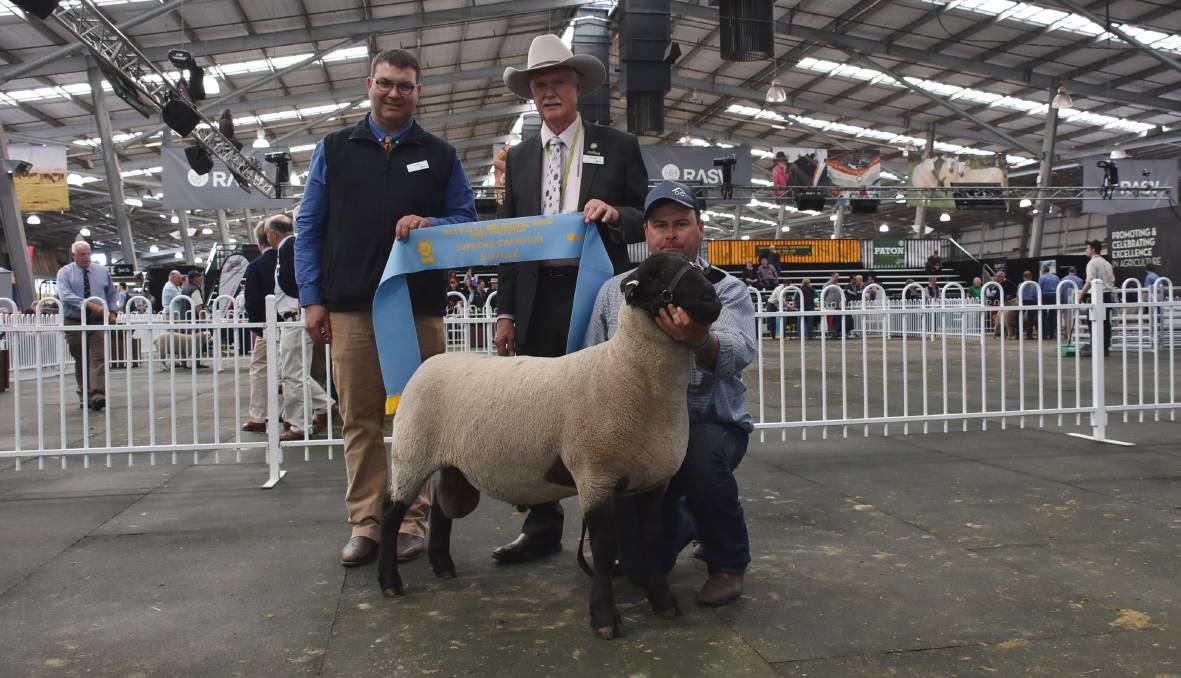 A POWERFUL combination of figures and conformation has won an Allendale ram the supreme Suffolk sash at the Royal Melbourne Show.

Principal Alastair Day had his eye on the supreme exhibit, Allendale 2027, from the get go, using it in the stud as a ram lamb.

The 121-kilogram ram with 11 millimetres of fat, 49mm muscle depth and 101mm muscle width came through from the performance class ram under 1.5 years.

Its post-weaning Lambplan Australian Sheep Breeding Values of 13.8kg for weight, 1.1mm for eye muscle depth and 185.5 carcass plus, teamed with style and power made the ram a standout, Mr Day said.

“You still want to be relevant in one of the smaller breeds when it comes to performance figures and have them there for the people who want them – and to have a ram that wins on type and structure with good figures is a real positive,” he said.

It went one better than its reserve champion Suffolk ram sash at the Adelaide show earlier this month, and will be retained in the Bordertown, SA, stud.

Reserve champion ram was exhibited in the pen of two rams class, under 1.5 years and closely and evenly shorn.

The grand champion ewe was also from a pair class, which the two ewes were also placed first in at the Adelaide Royal.

At that showing the other ewe in the pair was sashed grand champion ewe, while at Melbourne it was the other ewes’ turn, proving they are truly a champion pair.