Allendale stud has dominated the interbreed judging, winning both supreme ewe and ram with two different breeds at the Royal Melbourne Show. 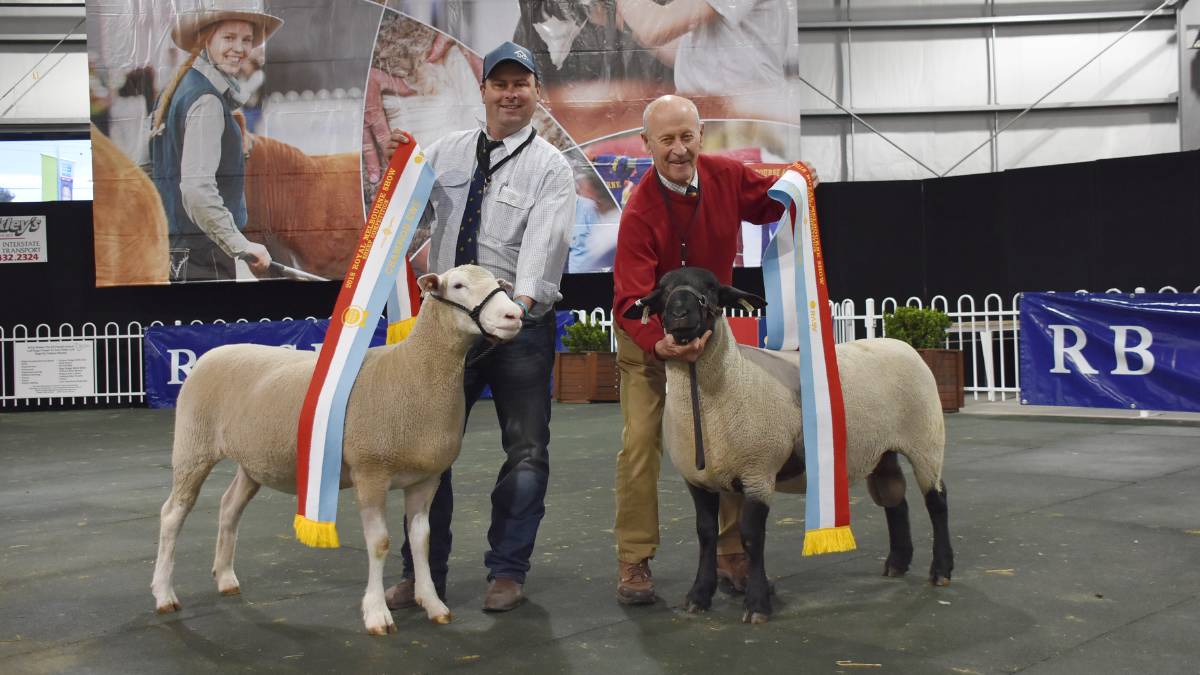 Allendale stud has dominated the interbreed judging, winning both supreme ewe and ram with two different breeds at the Royal Melbourne Show.

The Bordertown, South Australia, stud’s Suffolk ram was a clear favourite, receiving four first places and one second from the five judges.

One of those judges who put him on top also selected him when he did the Suffolk breed judging, Will Milroy, Rangeview stud, Pipers Rivers, Tasmania.

Mr Milroy said the ram was “very hard to fault”, with beautiful style and muscling all the way through.

The ram, Allendale 2027, came through the Suffolk judging from the performance class, and Allendale principal Alastair Day said it had a “rare combination” of figures and phenotype.

Allendale’s interbreed supreme ewe was a Poll Dorset, under 1.5 years, and had previously been sashed champion Poll Dorset ewe at the Royal Adelaide show earlier this month.

Hillden stud, Bannister, NSW, won the breeders group of three sheep interbreed championship with their two rams and one ewe.

The sires progeny interbreed championship went to the Jorgensens, Mertex, Antwerp, with their White Suffolk group, which included the grand champion White Suffolk ram and ewe.

Melbourne’s unique ram trifecta class – one group of three rams from the one breed, any breeder - was won by the Suffolks with Allendale stud having bred and exhibited all three of them.

Supreme heritage breed sheep of the show was the Hampshire Down ewe from Boonong Park stud, Langwarrin.