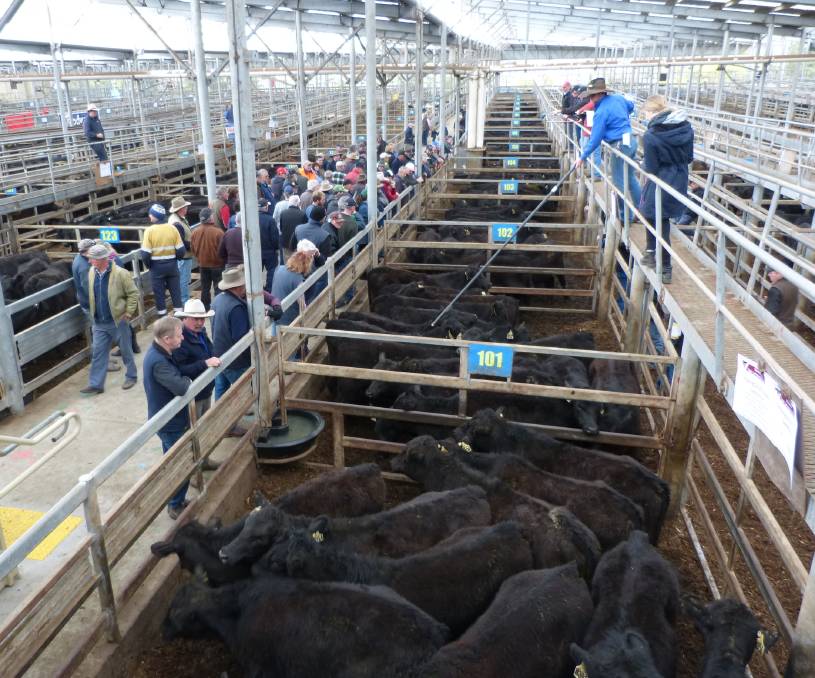 A smaller yarding of 1600 cattle was offered at Leongatha, Thursday. Fewer heifers were penned,and the whole sale was equal to slightly dearer than two weeks ago.

A slightly reduced yarding of 1660 head at Leongatha saw the percentage of heifers reduce after recent cheaper prices.

Noted in the offering was a reasonable supply of cattle from East Gippsland, the Monaro and the east coast of New South Wales.

It was a very  mixed yarding consisting of some very well bred older and weaner steers, and the usual runs of crossbred and dairy types.

Elders Korumburra agent, Michael Foote, said with the spring growth now well and truly starting  in the South Gippsland area, competition from  local  producers along with the regular feedlot operators was strong for the very best cattle .

Crossbred and Friesian steers continue to be harder to sell with rates from 160c to 220c/kg being achieved for a range of weights and ages. However, a few pens of better bred crossbred steers sold at dearer rates.