South Gippsland buyers, Mal Green and Gavin Furness, were happy with their purchases of yearling steers and heifers at Mortlake.

A cool breeze blew across cropping paddocks and through the WVLX selling complex at Mortlake, Thursday. However, the bidding for better quality yearling steers and heifers was hot. The same could not be said for most of the plain and light cattle from the north.

A good percentage of the 3015 head penned were from New South Wales with many of them being in plain, light condition.

There was less feedlot competition for the yearling steers, although Hopkins River feedlot and a NSW feedlot purchased some of the steers.

Warrong Park sold 14 Angus bullocks, weighing 564 and 618 kilograms liveweight, to Hopkins River for 281 and 283 cents, or topping at $1750, being equal to Mortlake’s previous sale.

Rob Walters, Prestholme, was awarded the best presented pen for their 28 Angus steers, 20-22 months, These sold for 300c/kg, or $1407, to a buyer from South Gippsland. Their competition aided firm prices for Angus steers weighing in the high 400kg weight range. 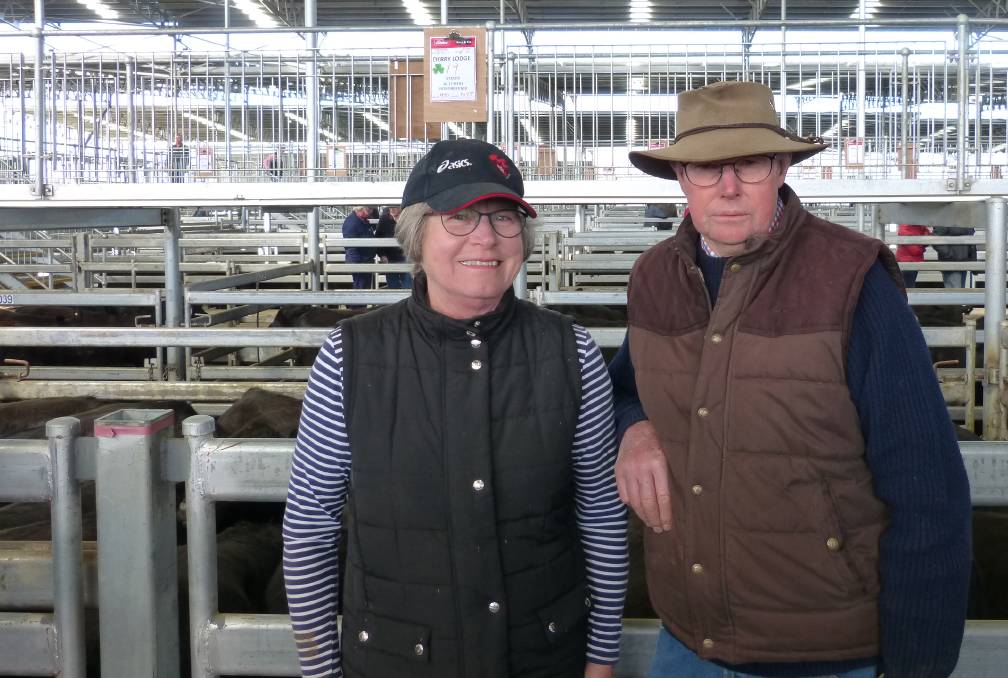 Some of the northern cattle displayed good breeding and weight, which aided solid competition and good prices. Yeadon sold 41 Angus steers, 302 to 340kgs for 285 and 304c/kg, which were purchased for grain feeding.

However, some of the northern cattle did not display all that well and sold to poor competition. Prices for some Poll Hereford yearling steers were between 241 and 268c/kg for steers weighing 420 to 489kgs.

Banquet Angus Stud held there bull sale here at Mortlake last Wednesday, and this breeding was popular here at this sale. Ellimata sold 31 Banquet blood steers from $840 to $1069, peaking at 303c/kg.

There were several producers lots that were equal or better than this, but competition fell away when the cattle fell below a weight that would see them resold inside of twelve months.

Many of the plain, light cattle will take a lot of looking after before they will acclimatize to the area. Large drafts of these steers only sold from $50 to $510.

However, demand soon fell away when heifer weights dropped below 340kgs. Liveweight prices for the better quality heifers were between 240 and 260c, but many of the lighter weight heifers fell way short of this.

A pen of 27 Angus heifers of Algana Station sold for $650, but some other heifers of similar weights were cheaper.

Northern bred Hereford heifers of Burrabogie, Coonamble, were very light in condition and weight. Their 230 heifers sold from $140 to $350.

Several pens of Friesian steers were offered at the end of the sale, which varied in age ad weight. The best sold to 160c/kg, or $736, but several other pens were passed in.