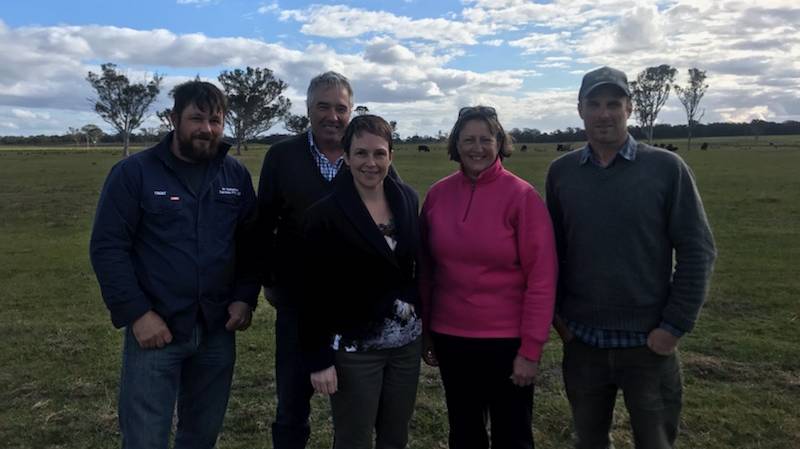 The State Government is working on support for farmers in East Gippsland struggling through dry conditions.

The State Government is working on support for farmers in East Gippsland struggling through dry conditions.

Victorian Minister for Agriculture Jaala Pulford visited drought-affected farms on Tuesday to see what assistance would be most needed.

Ms Pulford said they were waiting to see how the season moves in the next six weeks, but plan to make announcements sooner.

She said they were looking at a range of different measures, but no decisions had been made as of yet.

Potential measures include drought employment, stock containment, and grants to farmers to increase their resilience and deal with future droughts.

“Farmers are experiencing real financial pressures, so our challenge is to think about how we can provide some relief without doing things that will have adverse consequences,” Ms Pulford said.

One solution that had been flagged which she thinks may backfire was providing freight subsidies.

“There’s been a lot of talk about subsidies for transport of fodder, but the evidence we’ve got from experience is that providing subsidies just pushes the prices up,” she said.

“We’re not ruling out anything yet, but I’m just not as attracted to that as a solution.”

Ms Pulford said an employment program was a support measure that has been discussed.

“We’ve offered employment programs before, to try and provide an off-farm income, and it’s worked really well,” she said.

“But we understand that each situation is different and a lot of farmers have a lot of work on-farm at the moment feeding livestock.”

She said subsidies on containment yards could help producers manage their livestock.

“Containment yards have animal welfare benefits and can also help with the health of the pasture,” she said.

She said one point raised by multiple farmers when touring East Gippsland this week was the impact kangaroos are having on their properties.

“They are constantly trying to manage how to feed their animals, and this is made much harder when their animals are having to compete with kangaroos,” she said.

She said the government may look to offer support for managing kangaroo populations.

She said she understands the level of hardship already being experienced, and plans to meet with other ministers next week to make decisions.

But she said farmers needed to be given some credit for the way they had managed their businesses so far.

“These are highly capable business men and women, running complex businesses, who have very capably managed difficult conditions for quite some time now,” she said.

“What’s different now is that it’s extended beyond the resilience of some.

“The impression that farmers aren’t coping is untrue.”