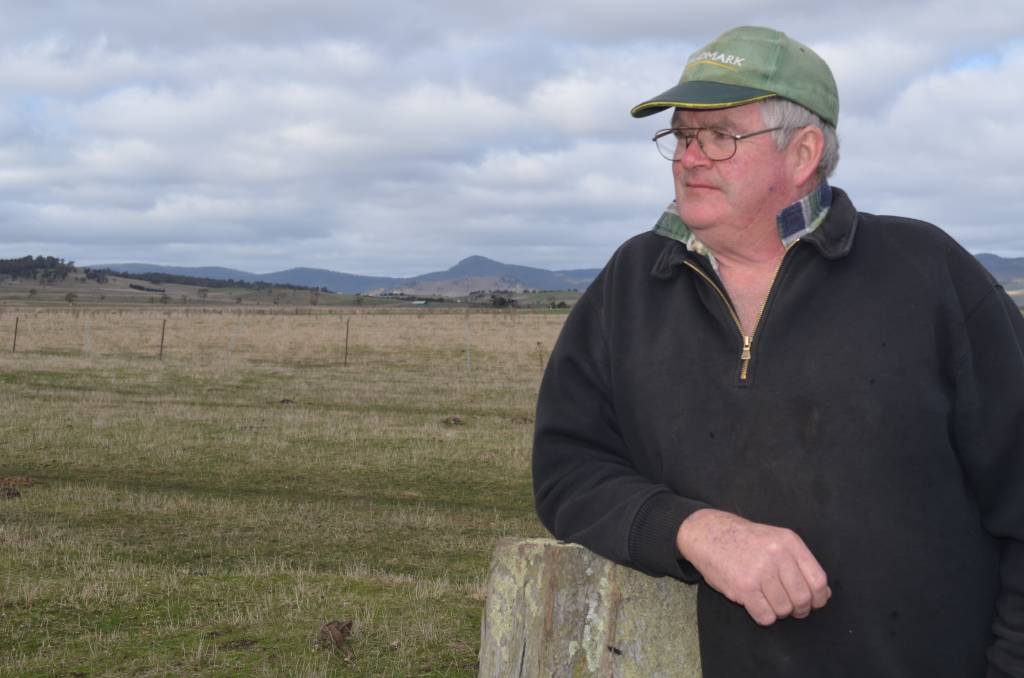 Benambra's Garry Pendergast had 130 head of maiden ewes stolen from his property earlier this year. He said progress on finding the culprits was slow due to police under-resourcing.

Following the theft of a significant number of livestock earlier this year, Benambra sheep producer Garry Pendergast is frustrated by the under resourcing of agricultural officers at Victoria Police.

In January, 130 maiden first-cross ewes were brazenly stolen from his property, estimated to be valued at more than $35,000.

Mr Pendergast said he suspected professional thieves had put a portable ramp over a back fence on his property to steal the livestock.

While he said the police had been very fair, they were stretched and were struggling to keep-up with the region’s crime.

“Omeo has that much work  – it’s only a one-man station – covering one of the biggest areas of Victoria,” Mr Pendergast said.

“You can’t find a needle in a haystack.”

Crime Statistics Agency figures show the theft of sheep has jumped 17 per cent, to account for 70.8pc of all livestock stolen, in the twelve months until March this year.

The review has drawn on the views of interstate rural crime investigators, internal advice and farmers, according to Acting Superintendent Damien Christensen

He said a paper had been prepared, outlining several options as to how the AGLO program should be run.

“The AGLO program was set up in 2010, when we transitioned from a centralised crime department model to this, so it’s timely for us to go back and have a review,” Acting Superintendent Christensen said.

“It highlights there is some concern around some of the things we do and a perception on what we could do better.”

He said there were three or four options in the review paper, which looked at how the current program was working.

“Given there are also general duties police and detectives out there, working in this space, how can we improve our current position?”

Acting Superintendent Christensen said any decision on the future direction of the AGLO program would be made by a committee, headed up Victoria Police’s Regional Operations Deputy Commissioner Andrew Crisp.

Final recommendations on the future directions for rural crime and livestock policing could be made by the middle of next month.

“They are very tech savvy, they can be at the saleyards and liaise directly with head office, to check suspicious activity and animal brands,” Mr Sinnot said.

He said Victorian AGLOs were volunteers who were only able to investigate rural crime when other duties permitted them to do so.

“Rural police are so busy, they are not really resourced properly to provide assistance,” Mr Sinnot said.

“In the bush we can lose half a million dollars in stock and wait months for a response.”

He said the problems came from both the lack of police and political inaction.

Victorian Farmers Federation livestock group president, Len Vallance, said while there were currently 50 AGLO’s around the state, they were underfunded.

Mr Vallance said farmers were disillusioned with the system, so often did not report thefts.

“When an officer goes on long service leave, holidays or goes sick, there is no-one to pick up the mess,” Mr Vallance said.

“As detectives tell you, the first 24 hours is critical – - if they are not there in that 24 hours, they don’t solve the crime.”

And the State opposition has promised two dozen specialist crime investigators will be employed in a dedicated livestock and rural crime squad.

In the bush we can lose half a million dollars in stock and wait months for a response. - Graeme Sinnot, Benambra