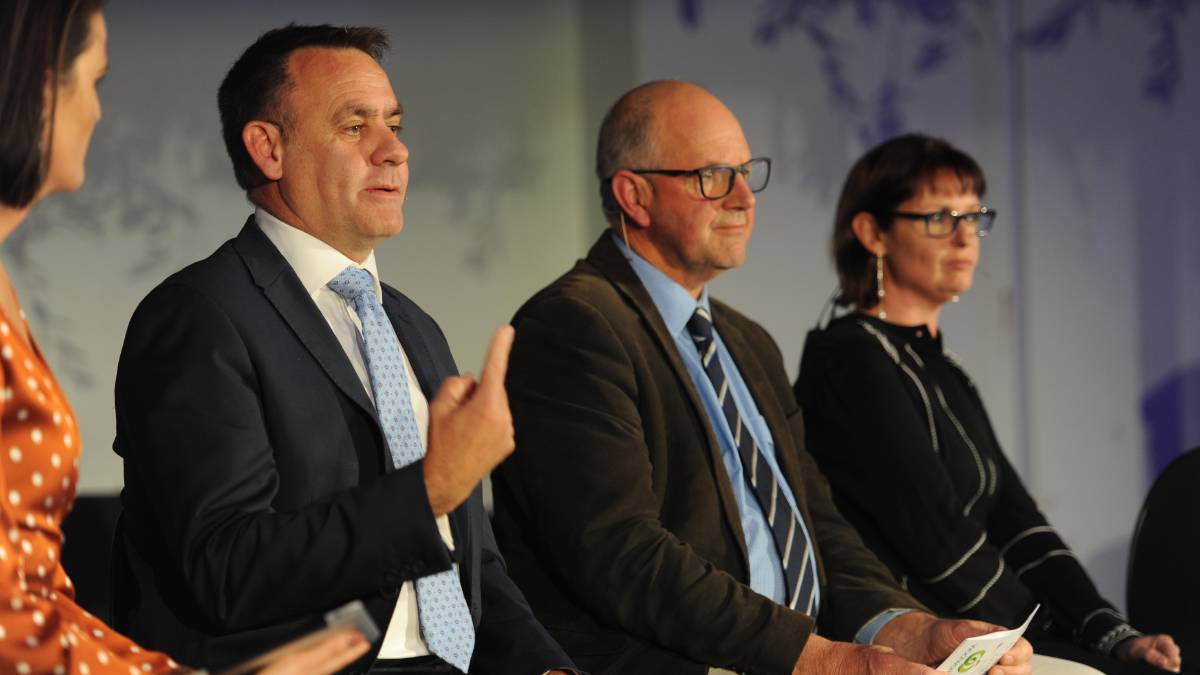 The red meat industry may have narrowly avoided the banning of live export after the latest debacle, but the issue is far from resolved.

The red meat industry may have narrowly avoided the banning of live export after the latest debacle, but the issue is far from resolved.

Amid growing political pressure on the live export trade, the impact of footage released earlier this year of dead and heat stressed sheep aboard an Emanuel Exports shipment to the Middle East was a concern raised by a number of industry members at Woolworths Lambition on Saturday night.

The Fairfax Agricultural Media event, devised to showcase the strength of the sheep and wool industry, was held in conjunction with the Australian Sheep and Wool Show in Bendigo on the weekend and featured a Q&A session with several industry leaders.

WA sheep producer Craig Heggaton told the panel his state relied on the industry, and called on leaders to think seriously about how the industry could overcome the issue in the long-term.

“No one in this room liked the footage we saw on 60 Minutes, and the bottom line is one more incident like that… and the trade disappears. I don’t think anyone in the room can argue about that,” Mr Heggaton said.

Guest speaker on the Q&A panel, Meat and Livestock Australia, managing director, Richard Norton, said only one per cent of consumers were influenced by the WA live export crisis.

“One reason (for this) was because you as growers and your industry representatives did a pretty good job to say it was the live export industry, and it was not an Australian farming industry issue – you were appalled by the conduct as much as anyone else,” he said.

But while Mr Norton said recent events had little impact on consumption and perception, it had influenced policy, adding that it would be a “very dangerous situation if this country lost the right to live export”.

“I have no doubt the processing sector in Australia will continue to contract and that is why we need the live export industry,” Mr Norton said.

“Now, the government is putting so many controls onto the live export industry - it is going to be uneconomical to be a live exporter.

“So no government will stand up, apart from one perhaps, and say we are going to shut down the live export industry.

“But regulation, such as the observer policy, is going to add $7 million to live export industry’s costs for the next year. That is one program the government has put into place because of what has happened.”

Also on the panel was market analysis firm Mecardo’s managing director Robert Herrmann, who said ignoring industry challenges like this was at the industry’s peril.

“They are going to politicians and talking to them, and explaining to them and showing them pictures – we have to match that.

“If you think back to the live cattle ban, the reason it was banned was that it was a one-sided argument. The one-sided argument lasted long enough for the Labor government to decide to ban it, and it took the industry a while to get momentum.

“We have to take responsibility for that because if we are not engaged through our industry bodies and through our organisations then they are not going to be empowered…to make those arguments.”

Mr Herrmann said industry needed to counter emotional arguments against things such as mulesing and live export with economic ones.

“What we have got to be sure of is, unless we can explain our position and unless we are strong…you can talk about social licences but it doesn’t come free,” he said.

“These days we are the minority, and the governments will follow the majority, so we have to have an articulate and coherent argument to defend our positions at all times.”

Sponsored by
Rise in demand for grass-fed Tassie lamb.
Test
After establishing five years ago, Whiteline Speckle Park has continued to grow its herd.
Test
Little relief from coming heatwave until early next week.
Test
Turning off six to seven month old weaners is paying dividends.
Test
A large penning of 3591 cattle at Mortlake was soaked up at strong prices by a large gallery of buyers,
Test
Good prices continue as agents yard 4000.
Test
Redgums stud on a mission to promote the Red Angus breed.
Test
Looking ahead on weather, animal health and water storages.
Test