Darlington stud Ardene has dominated in the Australian White judging. 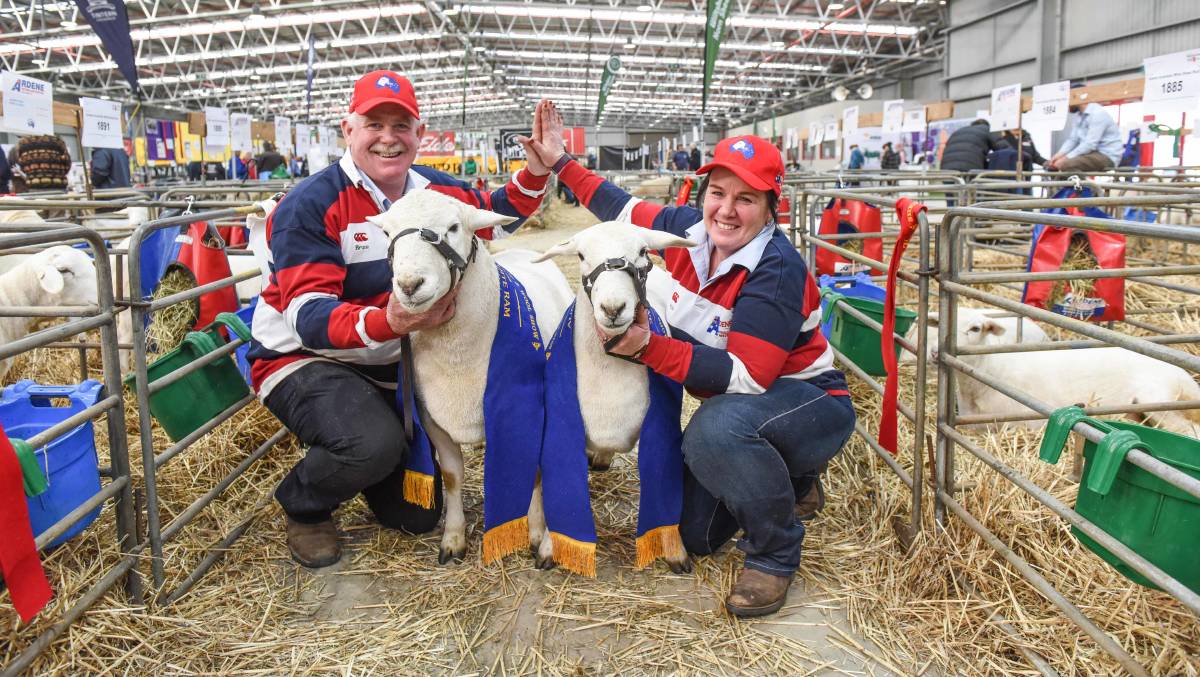 The Australian White breed is expanding at a “sensible” rate, according to Australian Sheep and Wool Show judge Graham Gilmore.

One of the breed founders, Mr Gilmore of Tattykeel stud at Oberon, NSW, said rather than going down the “boom and bust” path of many new breeds, the Australian White was growing at a good pace.

“In the early stages the breed was stabilised off a second generation sheep with four breeds, so you are going to have some variation, but for those doing the hard yards with artificial insemination and selecting for the right traits, it is paying off,” Mr Gilmore said.

“The industry is so strong at the moment that any breed is going to make money, but the Australian White as a haired sheep that are low maintenance in the amount of feed they need are attractive to a lot of people.”

Mr Gilmore selected a ram and ewe from the same stud as his champions of the breed at Bendigo on Friday, with Darlington stud Ardene taking home both the broad ribbons.

Both champions were sired by the $20,000 Tattykeel 150140, and Mr Gilmore put them up for hair pattern, structure and carcase.

Ardene principals Bruce and Jannie Hodgson, who have been breeding them since 2012, said the Australian White’s low labour input and fast growth meant there was increasing interest in their sheep, especially into Tasmania and South Australia.

The champion ewe will be retained in the stud, while the ram had already been used with its first lambs dropping this week.

Full embryo transfer brothers to the champion ram will be available at Ardene’s spring sale.