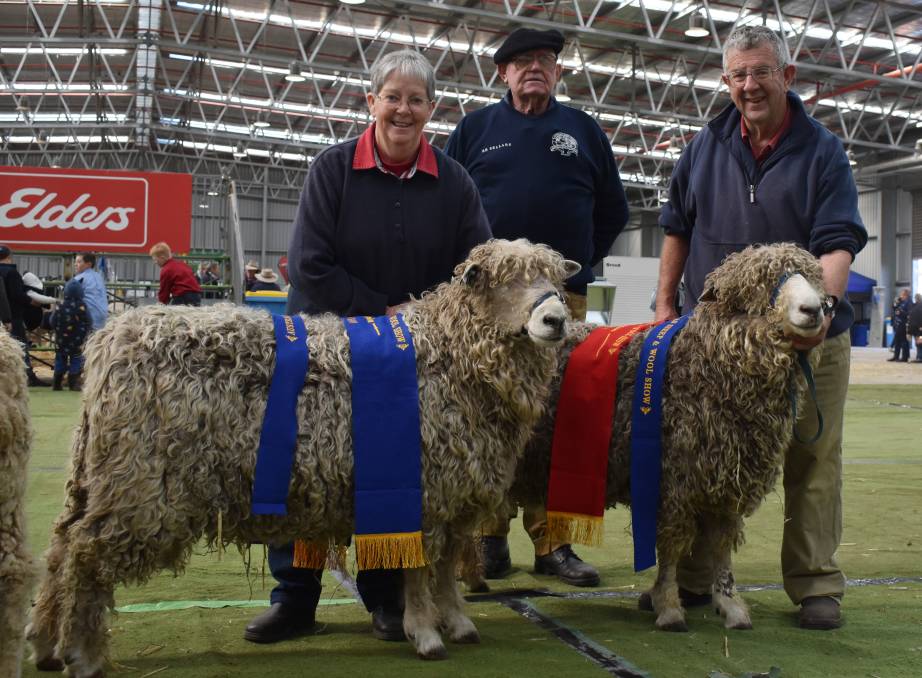 It’s a real challenge to find the genetics to keep rare sheep breeds going, according to the sole Lincoln exhibitor at the 2018 Australian Sheep and Wool Show.

Mrs Christie said they were quite happy with their animals but it was difficult to find the genetics to keep breeding.

”There are 250 in Australia, which makes choosing a ram from the outside super hard,” she said.

“So genetically it is a problem.”

They also wanted to retain the distinctive big broad lock in the fleece on the Australian Lincoln, which meant it produced heavier fleeces than the New Zealand or English Lincolns.

“We keep records of everything -- lock and size,” she said.

“We will look at them as babies, we'll look at them at six months old when we shear them the first time, we'll note down their wool and what it is like - we will cull really hard - because you'd be better to have 20 really good ones than 40 mediocre ones.”

Both are committed to seeing the stud, which was founded in 1873, continue.

They said the breed had some great characteristics, including excellent mothering ability and high lambing rate.

“There are characteristics of some of these older breeds that aren't immediately obvious - that although they look ancient and not very practical, there are breed characteristics there that may be useful,” Mr Christie said.

Judge John Beattie, Esdale Lincoln stud, Yarrawonga, was impressed with the fleece on both the champion ram and champion ewe.

Mrs Christie said the champions, which were both three years old and by the same sire, were “nice big sheep” with even fleeces.