In a similar story to recent sales around the state, heavier cattle sold to good demand at Yea’s monthly store sale, while younger and lighter cattle were harder to shift. 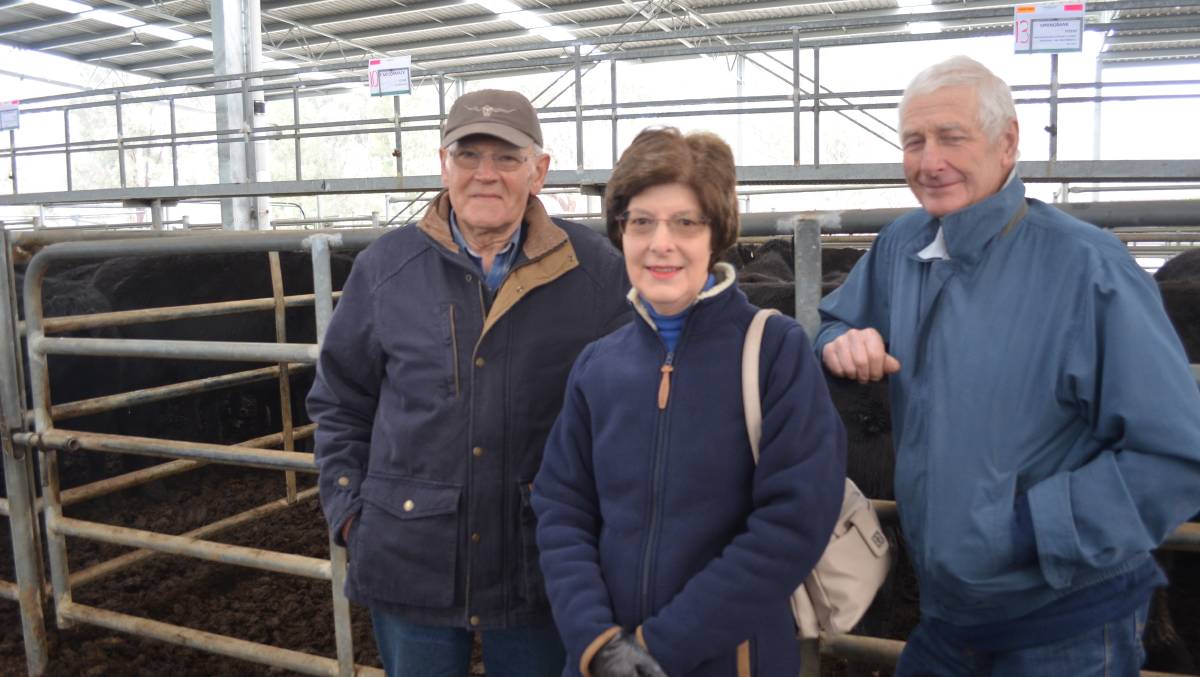 In a similar story to recent sales around the state, heavier cattle sold to good demand at Yea’s monthly store sale, while younger and lighter cattle were harder to shift.

It was a “typical winter” yarding of 1016 head, there was a definite split between cattle suitable for lot feeding and those that were not.

Lot feeders and grass finishers set the platform for prices, with any cattle above 400 kilograms selling at dearer rates compared to the sale in June.

Due to a breakdown in the scales system, cattle were sold “old school” - on a per head basis.

“The buyers were pretty selective looking for cattle with a bit of weight, 320 kilograms and above, and these were dearer than we have seen in recent times,” he said.

Mr Mountjoy said the better end of the spring drop calves made $850 to $1000 a head which was “a strong result”.

Buyers were pretty selective looking for cattle with a bit of weight, 320 kilograms and above, and these were dearer than we have seen in recent times - Adam Mountjoy, Rodwells Yea

On a estimated cents per kilo basis the spring drop calves sold from 300c/kg to 320c/kg, with the heavier end making up to 350c/kg for the standout pens, he said.

The younger and lighter cattle were harder to shift with steers of that description selling in a range of $650 to $750 a head.

Top of the steer market was the annual draft from Con and Maree De Groot, Springbank, Narbethong, through Landmark.

The Springbank steer portion sold to a top of $1360 for 13 selling to Elders Yea.

Rodwells Cohuna paid $1160 for nine Springbank steers and also bought the top heifers from the same vendor paying $1000 for the pen of 14. The seconds of the Springbank heifers sold fpr $920 for 11 to Landmark Kyneton.

The same vendor also consigned four Angus cows and calves that sold for $1625 to a Landmark Euroa account.

Jalna Feedlot was also active on the offering of Angus steers account Hauco Primary, Bunbartha, paying $1020 for a pen of 10 and $1000 for 11.

D Chisholm and Sons, Fernside, sold steers to a top of $1060 for 17 to Rodwells Mansfield. The same buyer paid $980 for 9 Black Baldy steers from the same vendor, while the seconds of the Angus steers went to Elders Bendigo for $930 for 16.

Once again it was feedlotters who won the bidding with Ramps Ridge Feedlot, Hay NSW, paying $900 for 12 steers and Jalna Feedlot picking up the heifer portion for the same money.

In the heifer section it was a pen of 12 unjoined heifers sold account Janet and Ashley Waite, Whiteheads Creek, topping the sale at $1100 – about 260c/kg – going to Rodwells Cohuna account.

Landmark also offered in the Euro section a pen of 16 Charolais steers sold account N&D Guscott, for $1000 to a Swan Hill feedlot.

From CK & ML Oliver was a pen of 22 Angus steers, eight to nine months, Connamara blood for $960 to Landmark Leongatha.