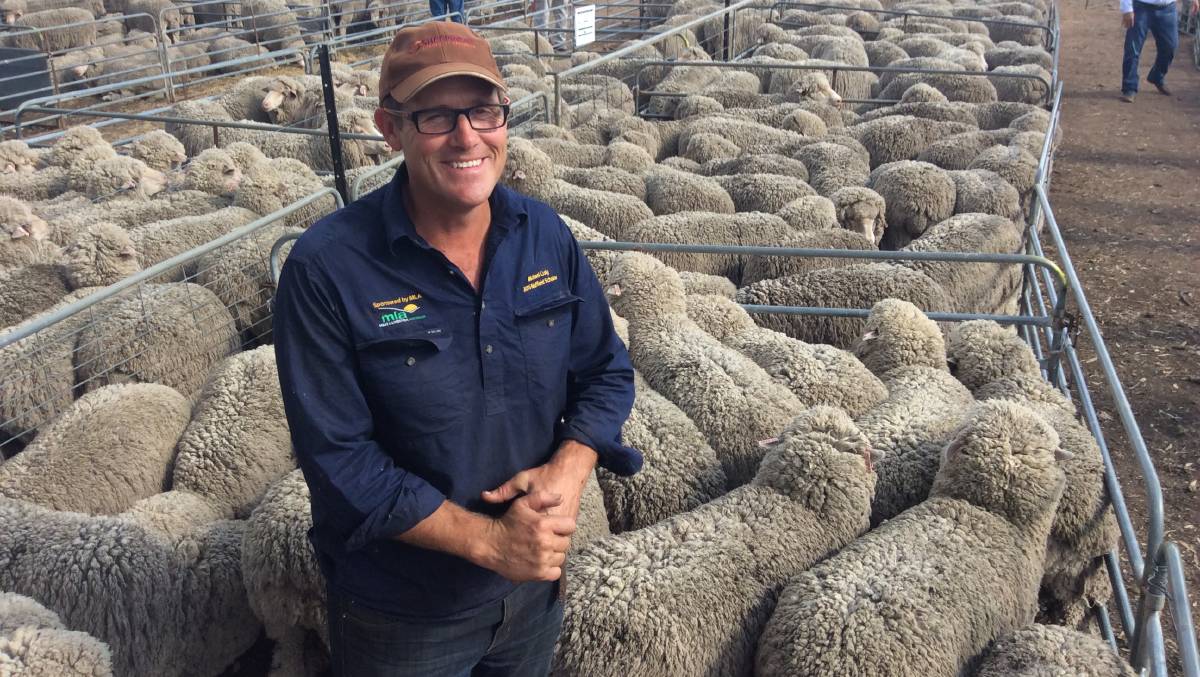 Michael Craig, ‘Tuloona’, Harrow, said he questioned whether the saleyard system is the best long-term mechanism for creating a quality-focussed industry.

It’s a popular marketplace for many Australian producers, but could saleyards soon become a thing of the past?

It’s a popular marketplace for many Australian producers, but could saleyards soon become a thing of the past?

In an industry that is constantly evolving, producers are now demanding more accurate measurement and feedback of the lambs they are sending to slaughter.

Nuffield Scholarship recipient Michael Craig, ‘Tuloona’, Harrow, said he questioned whether the saleyard system was the best long-term mechanism for creating a quality-focussed industry, and whether it could give producers transparent price signals to incentivise value on farm.

“The problem with the saleyard system is it averages animals on guesstimates of live weight, fat cover and dressing percentage,” Mr Craig said.

“It creates additional transaction costs, with yard fees, transport costs and buyers and agents on both sides of the transaction. This limits understanding and communication flow.”

He said saleyards also increased biosecurity and welfare risks, and may undermine eating quality through the unnecessary stress of loading and unloading of animals.

These issues have been addressed in technology that is over a decade in the making, DEXA (Dual Energy X-ray Absorptiometry).

Dr Gardner said if fully implemented, the combination of objective carcase measurements and robot cutting was estimated to produce as much as $420 million a year in extra value for the industry.

“In Australia, the bulk of lamb producers end up trading lamb on the basis of carcase weight, and they can vary a great deal in terms of the amount of saleable meat that’s in them,” Dr Gardner said.

“DEXA uses x-rays to determine how much bone, muscle and fat is in a carcase, providing a measurement of lean meat yield.”

Meat & Livestock Australia (MLA) research and development program manager Richard Apps said sheep DEXA systems had already been installed in two JBS plants, one in Brooklyn and one in Bordertown, SA, with the rollout anticipated to continue.

“However there are a number of plants that have had full quotations for installations, and are starting to make applications for funding.”

He said there has been adequate testing to give the industry confidence in the technology.

He said in an ideal world, DEXA would be supported by all Australian plants, but he understood there would be challenges.

“There is the issue of cost for smaller plants, and the physical challenge of having the room to install it,” he said.

“For some plants, they will need infrastructure upgrades to install it, and most abattoirs are quite tight for room as is.”

“From a boning room perspective, we get a lot of variance in carcase weight and length, and what DEXA allows us to do is analyse those carcases and then tailor the boning room outcomes for saleable meat yield or lean meat yield,” Mr Inglis said.

“It’s going to take a few years for producers to evolve and change, but if the direct transaction or behaviour between producers and processors is enhanced, then saleyards could function more effectively,” he said.

The sheepmeat industry was awarded a prestigious Awards for Excellence in Innovation from the Cooperative Research Centres Association, last month, for its role in developing the DEXA meat grading system.

Mr Craig will be a co-host of the inaugural Woolworths Lambition, presented by Fairfax Ag Media and MLA, where this theme will be discussed in a Q&A panel.

The gala event will coincide with the Australian Sheep and Wool Show in Bendigo, on 21 July, and will explore ways producers can take their lamb to the next level of market penetration, brand awareness and customer satisfaction.