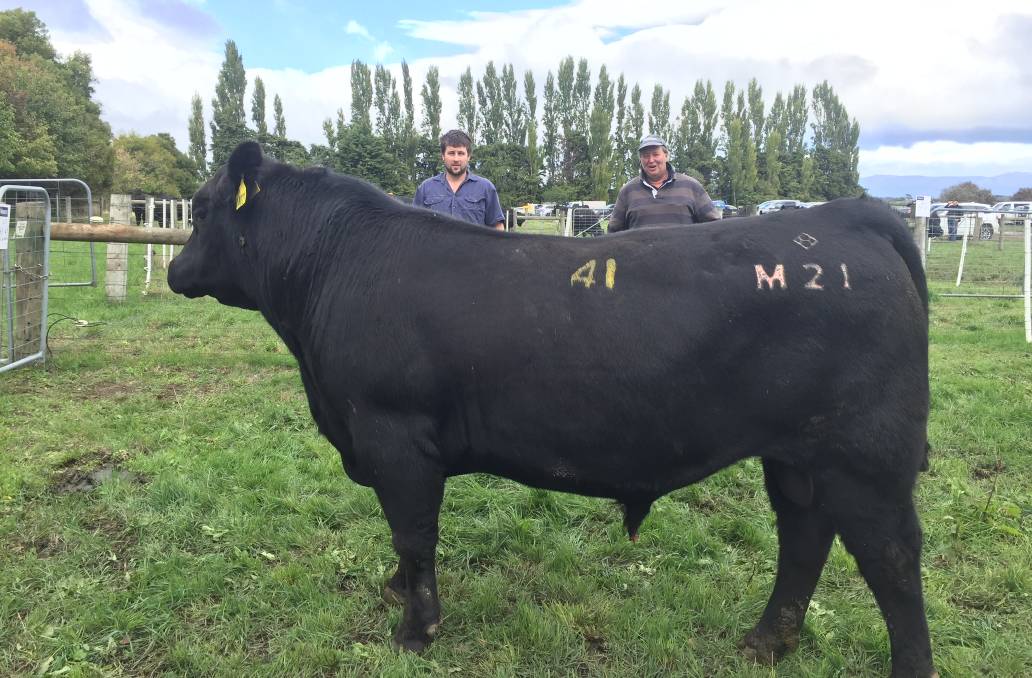 Mr Hughes said he expected this year’s average to be back on 2017.

“The sales were hot last year and bulls may have been too expensive,” Mr Hughes said.

“I was very happy people who needed to buy bulls, on a budget, were able to do so.”

He said it was the first time Cluden Newry had done a video sale, which was well received by buyers.

Mr Johnson said he chose the top priced bull on its figures and size.

“I have a commercial stud and I’ll put him through that,” Mr Johnson said.

“It’s a fair price, as he’s a blood brother to the one they sold at Landfall.”

Landfall hit a Tasmanian record for $37,000 at this year’s autumn sale for Landfall Reality M116.

“I think I got a bit of a bargain,” Mr Johnson said.

“It was only a different mother, so you have half the gene there.”

Millwood Pastoral, King Island were again to the fore, purchasing five bulls to a top of $11,000.

The sale was conducted by Roberts Ltd.