IT WAS third time lucky for the Tasmanian bidder, who snapped up the top priced ram at the 13th annual Victorian Dohne Invitational ram sale, Ballarat.

IT WAS third time lucky for the Tasmanian bidder, who snapped up the top priced ram at the 13th annual Victorian Dohne Invitational ram sale, Ballarat. 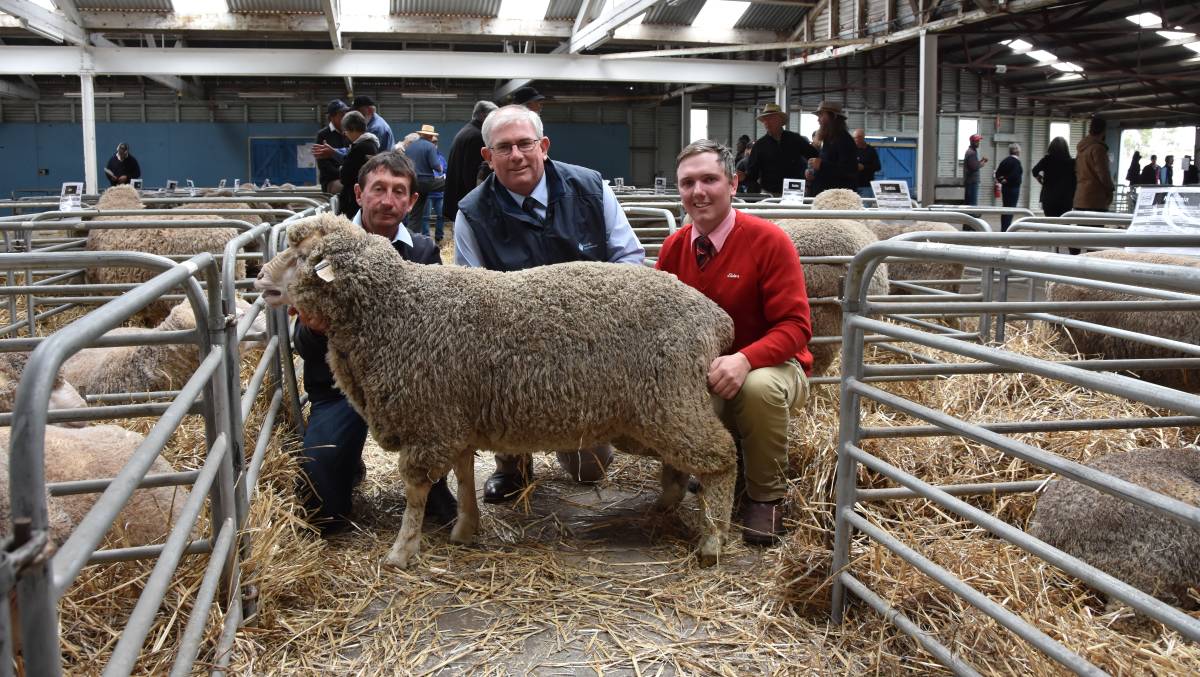 The vendor of the top priced ram, Kardinia stud’s Don Mills, said the Nicholson family, Campbell Town, Tasmania, had been looking for a ram for their stud for some months

He said they missed out on two sires they wanted to buy at the Kardinia, Corowa, New South Wales, on-property sale in September.

Mr Mills said David Nicholson finally secured a ram he was after, paying the top price of $3800 for lot 15 at the invitational sale.

The June, 2016 drop ram was a triplet and had figures of a post weaning weight (PWT) of 3.5kilograms, a post-weaning eye muscle depth (PEMD) of 0.4millimetres and a post-weaning fat of 0.0mm.

“They came up and saw the ram at our on-property sale and left instructions to buy the it,” Mr Mills said.

“They were impressed by the ram, at the time, and it's overall scale, size and muscling, with a good wool type, for a Dohne.

“He is just a very good type.”

He said Mr Nicholson was the under bidder on two rams at the on-property sale.

“This was the ram he was after, when he missed those,” Mr Mills said.

Mr Mills said the Nicholson’s were seeking rams that would tolerate higher rainfall but still have the muscle, growth and scale to be a good all purpose animal.

He said he was pleased with the outcome of the sale.

“It gives us confidence our clients are happy with the rams they are getting,” he said.

“What they were after was another sire to go into their main stud, down there.

“They’ve been looking for a ram for some time,” Mr Quartermain said. 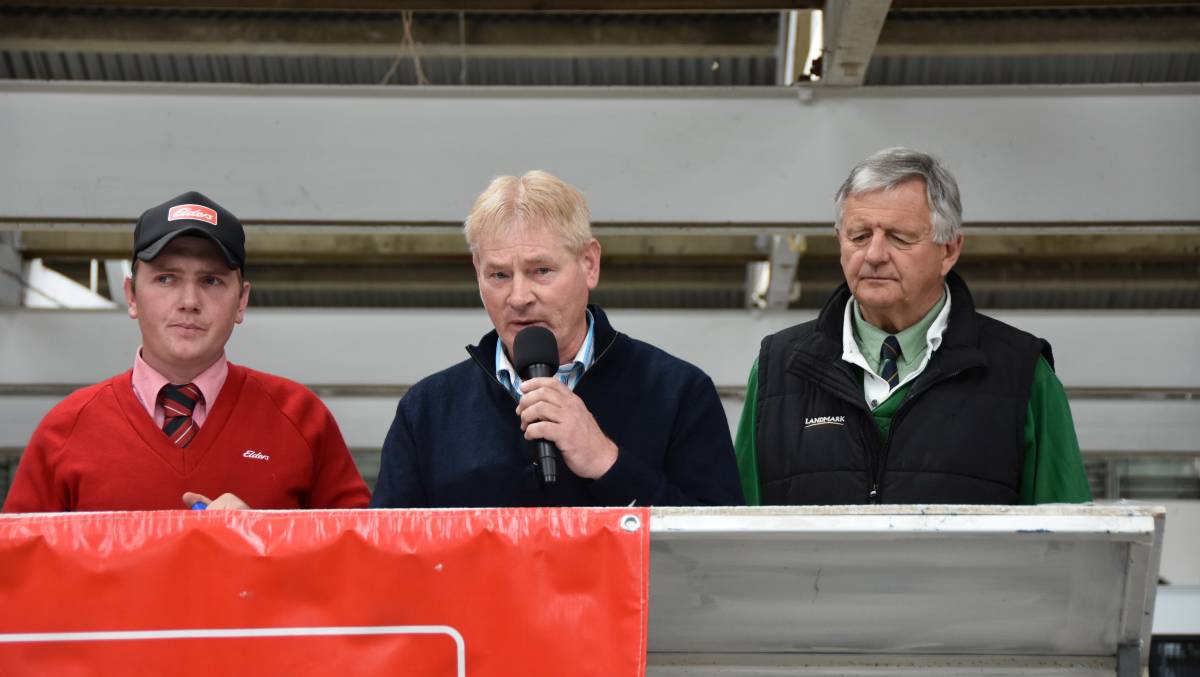 “He had all the attributes they were looking for today, with his figures and meat quality.

“They will use him in their breeding program they have had going for some time, increasing the opportunity with their stud and genetics.”

Elders Nick Gray said the rams presented very well, although there was a slight lack of buying support.

“There were a few guys out of Gippsland and Tasmania, who were not here, but overall it was a very good sale.

“The good rams sold very well, but there were a few there in the middle where we needed a little bit of extra competition – but overall, our vendors were very happy.”

Another ram, from the Macquarie stud, made $3100, with several other animals selling for more than $2000.

The sale, at the Ballarat Showgrounds, was conducted by Landmark and Elders.