The even line of rams offered by Wimmera stud West Wail was reflected in a total clearance of 100 White Suffolk rams. THERE was testimony to the deep offering of rams put up by Wimmera-based White Suffolk stud West Wail at its sale in Horsham last week when the top price ram came at Lot 93 out of 100 rams for sale.

Industry stalwarts in attendance said it was a rare event to see the top price come so close to the end of a large sale.

The principals of the West Wail White Suffolk and Dohne Merino Stud, the Ellis family of Pimpinio, north-west of Horsham, were happy with the deep sale, which attracted strong support from a mix of local and out of district demand.

The evenness was also borne out in the pricing – there was a solid average of $1470, with the top price only going for $1800, meaning prices were closely bunched to reflect the uniformity of the offering. 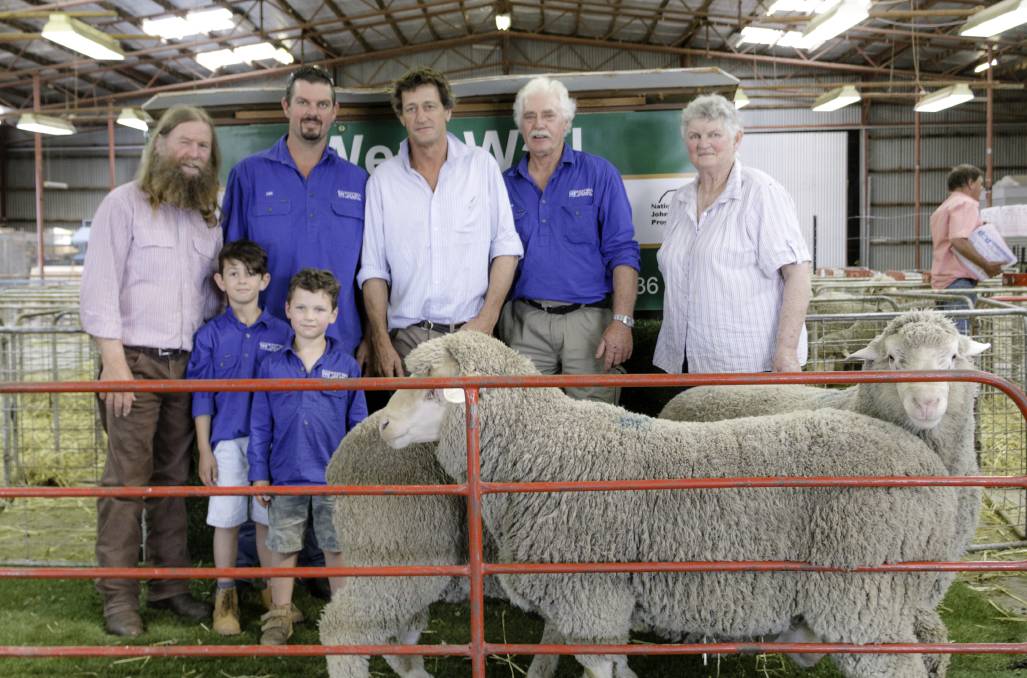 The top price ram was sold to David Sudholz of Natimuk, while Ian and Bernadette Dyer, Telangatuk, near Balmoral, were the volume buyers, purchasing 20 rams.

Out of the offering, 31 Dohne rams were sold.

The demand for the Dohnes was widespread.

The Dohne breed is not yet a common sight in the medium to high rainfall zones of Gippsland but is increasing in popularity.

In the White Suffolk division there were a lot of buyers purchasing multiple rams from local areas, while the West Wail team also reported significant numbers of repeat buyers.

One of the stud principals, Luke Ellis, said he was thrilled with the sale, particularly the demand right through the offering.

“It was good to see the interest remain high right from the beginning to the last ram,” he said.