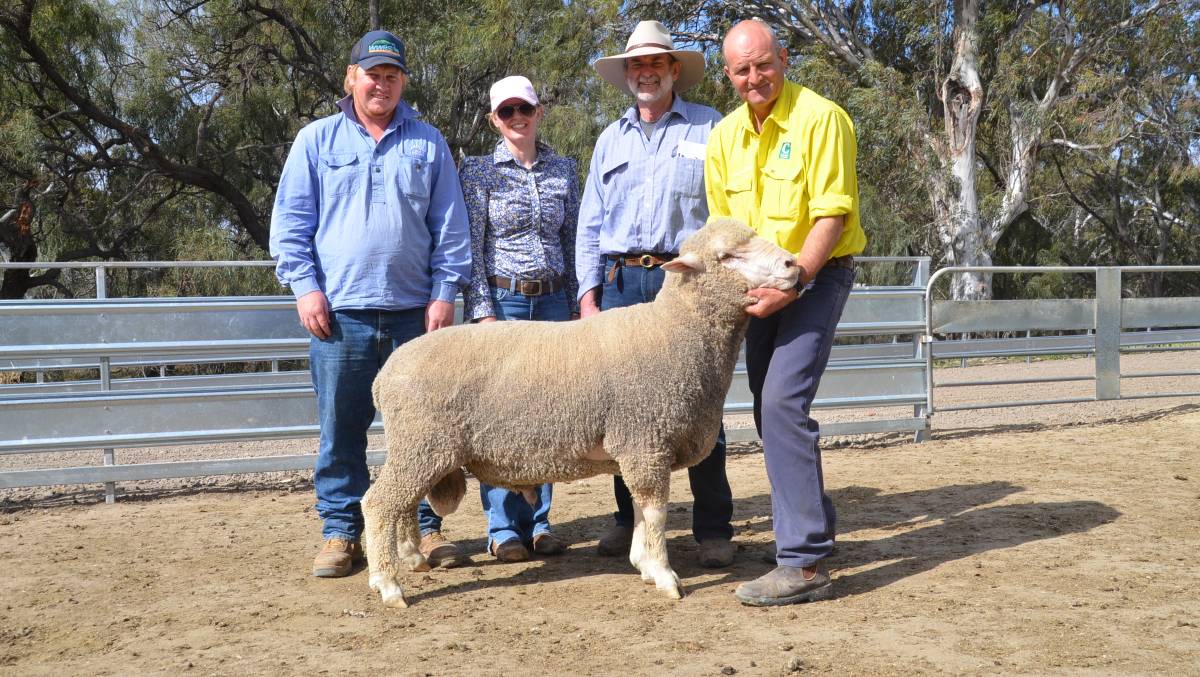 “His figures were quite outstanding – what we looked for was post weaning weight, and he had one of the highest weaning and post weaning rates in the line-up,” Mr Caldow said.

“He was just and excellent package, with his wool and his build quality.

“He was one of the best grown, mature rams, for his age, in the line-up.”

Studmaster Jason Southwell said it was one of the biggest Dohne sales in the country, combining the three studs.

“There were a lot of positive comments about the frame and muscle, in the rams, as well as the wool cut and quality,” Mr Southwell said.

Landmark’s Bill O’Brien said double the number of rams were offered on last year’s sale. The sale was conducted by Landmark and Elders.