THERE was a big gallery of buyers who competed for Toland Merinos and Poll Merinos’ 109 rams at the stud’s recent on-property sale in Violet Town.

THERE was a big gallery of buyers who competed for Toland Merinos and Poll Merinos’ 109 rams at the stud’s recent on-property sale in Violet Town. 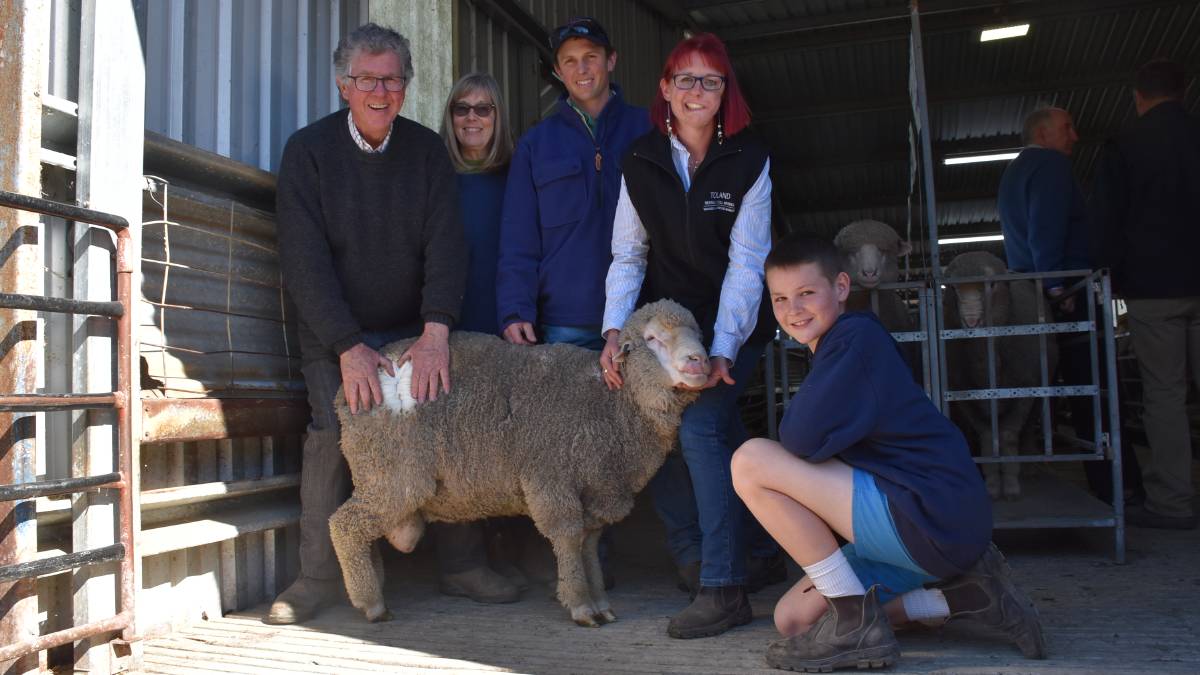 “He was my pick of the sale, he’s an all-rounder, with good wool and good carcase traits,” Mr Fox said.

“The stud’s going in the right direction with the future of the Merino industry, breeding dual purpose rams.”

The ram recorded fleece measurements of a 17.2 micron, 3 standard deviation (SD), 17.6 per cent co-efficient of variation (CV), and a 100pc comfort factor (CF). Lot 19 reached the second top price of $4250, and was bought by Phil and Jackie Muecke, Penola, SA.

The duo have been buying from the stud for almost two decades because they are bred in similar environments to their own.

“They have similar rainfall levels to us, so we know they’ll do well for us back at home,” Mr Muecke said.

“We bought a ram from him last year, and his lambs aren’t on the ground yet, but we’re expecting good things,” he said. 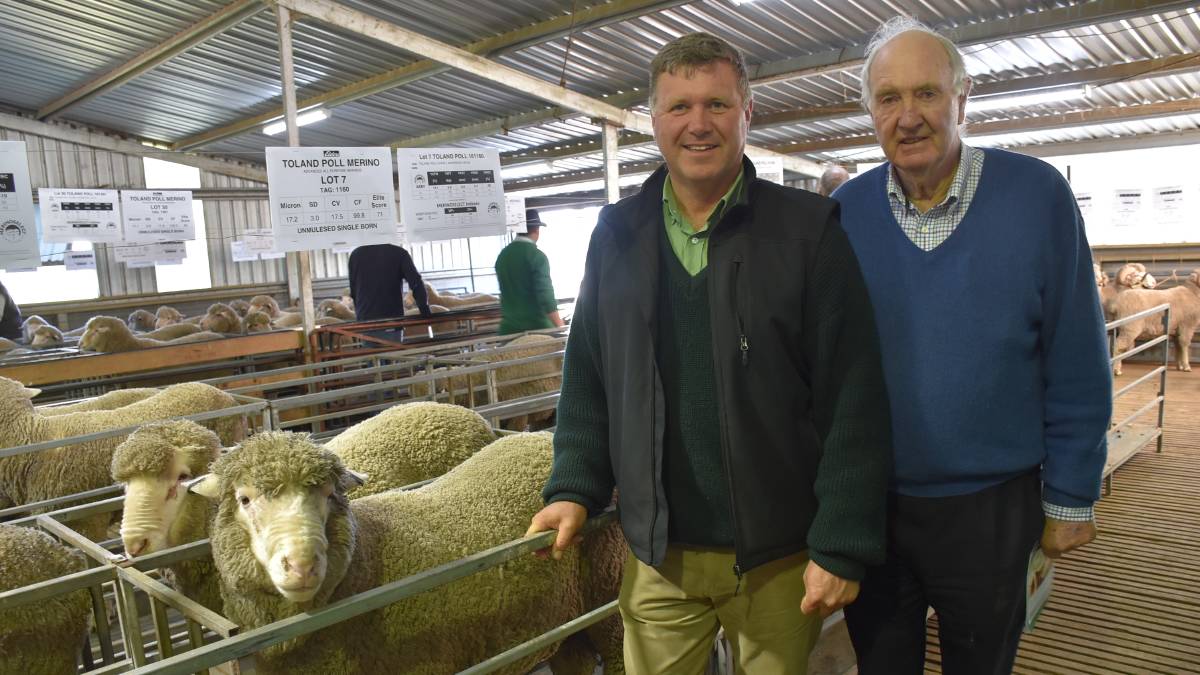 “We’ve been to every sale for the last 15 years,” Mr Plunkett said.

“The rams do well in our high-rainfall country, the stud’s objectives really match our objectives.” 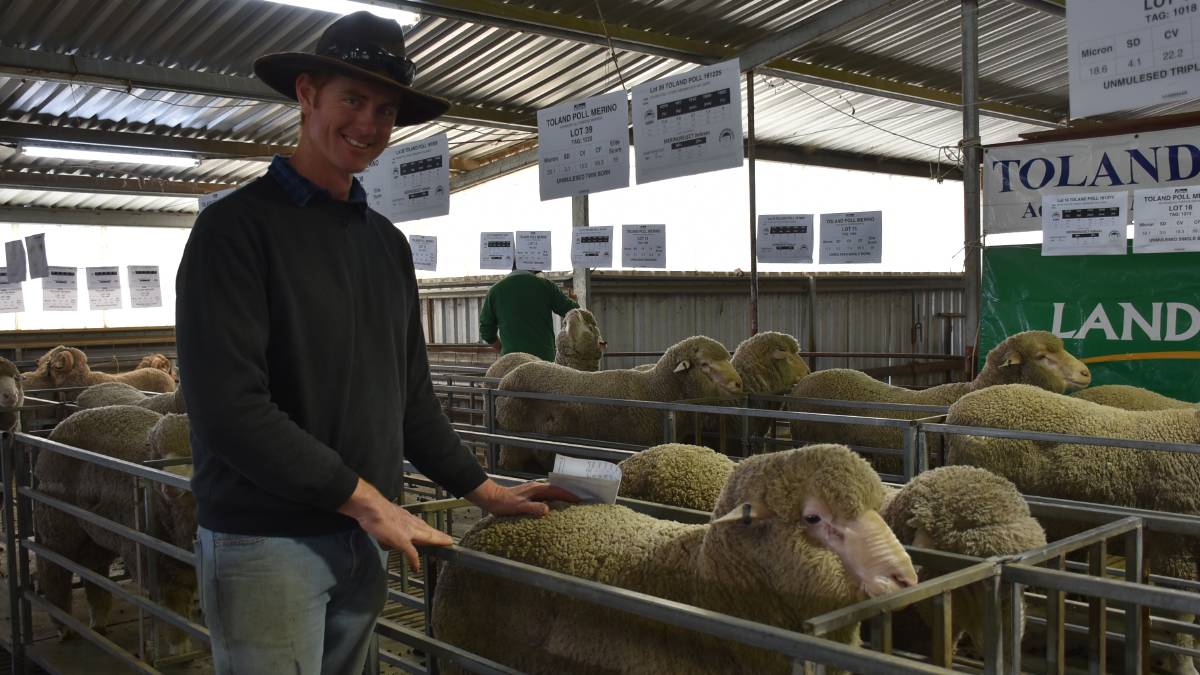 The University of Melbourne (Dookie College) farm manager John Geddes, in front of some of his 10 ram purchases.

“We try to buy about 10 a year, and we like Toland’s rams for their frame and wool type,” Mr Geddes said.

“We’re also selecting on low egg worm count, which these rams had.”

This average is slightly down on last year’s, however 18 more rams sold this year to last.

The sale was conducted by Elders and Landmark.

Toland Merinos and Poll Merinos stud principal Phil Toland said it had been a tight winter, but all rams offered at their on-property rams ale were paddock-run.