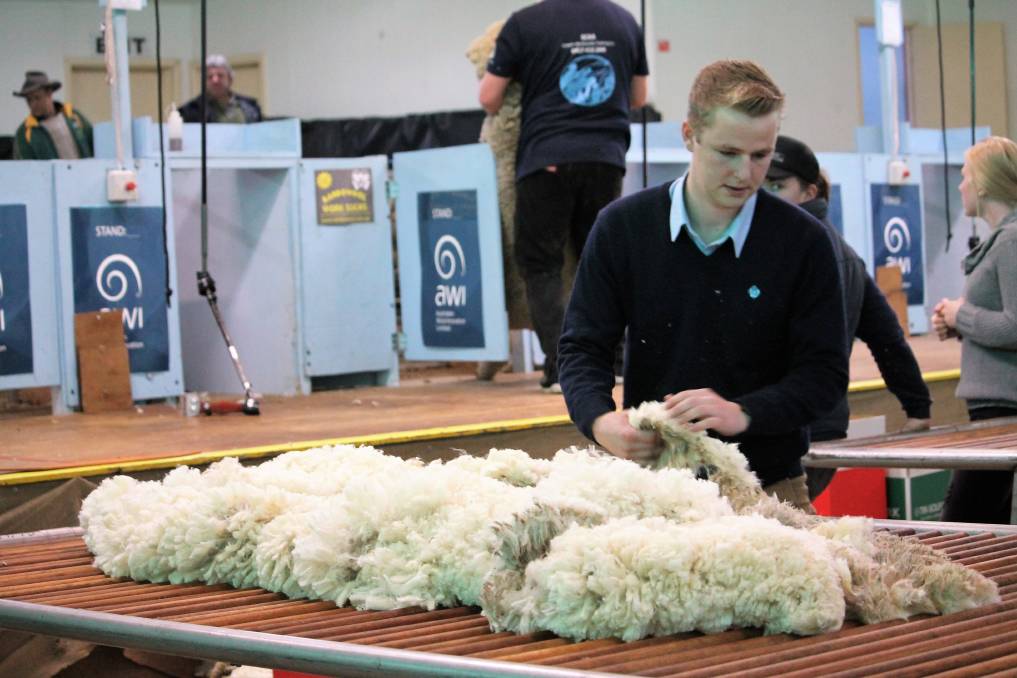 Zack Currie has loved wool from the first time he worked with it and he is excited about the career opportunities in the industry, especially for young people.

The 19-year-old is a wool buyer with the Australian Wool Network (AWN) at Horsham. Since he started there as a trainee last January, he missed working in shearing sheds so entered wool-handling competitions throughout the state.

He will now represent Victoria in the national wool-handling competition in October, which will also be held in conjunction with the Bendigo Show.

Zack explained competitors earned points at shows throughout the season and at the end of the show circuit, the competitor with the most points in each of the novice, senior and open levels wins and gets to compete at the national titles.

Zack said it was a tough competition in Bendigo.

“I didn’t expect to win.

“I’ve been to a lot of competitions and I don’t always come first, but my hard work paid off on this occasion.”

“I did a course in Year 9 that introduced me to farming – I didn’t grow up on a large property, my family just had a hobby farm with horses, so I didn’t know much about sheep or wool.

“That’s where I first became involved in shearing and got to see how a shearing shed operated.”

Zack left school at the end of Year 10 and worked as a rouseabout, and then as a wool presser.

After he got his stencil, Zack’s wool classing instructor encouraged him to apply for the AWN traineeship.

He said the work in Horsham involved buying wool from farmers.

“We have to work out the price, so we have to keep track of what the market is doing but also make sure we make a profit.”

​Zack said blending different types of wool to achieve the best price had also given him more confidence with his classing.

He said he had learnt so much from his mentors at AWN, his supervisor Graeme Telfer, and wool buyer Steve Harvey.

He said it was terrific that companies such as AWN were taking on young people as a type of succession planning, to ensure the expertise and wisdom of older staff could be passed on, and to address skills shortages.

Zack has learned much about clip preparation, wool buying, classing and marketing.

He is enjoying building relationships with farmer clients and the varied nature of his wool buying role.

“I can see a big future in the wool industry, I don’t think it will ever come to an end.

“With the wool market the way it is, the returns from sheep, I think in the next two or three years the flock numbers will rise.

“It’s a good time for young people to enter the industry – as long as you’ve got a good work ethic and put yourself out there, might be surprised with the opportunities.”