A bull described as “a near all round package” was the sale topper at Cluden Newry, Longford, Tasmania’s Angus stud autumn auction, going for $16,000 to a New South Wales bidder.

A bull described as “a near all round package” was the sale topper at Cluden Newry, Longford, Tasmania’s Angus stud autumn auction, going for $16,000 to a New South Wales bidder. 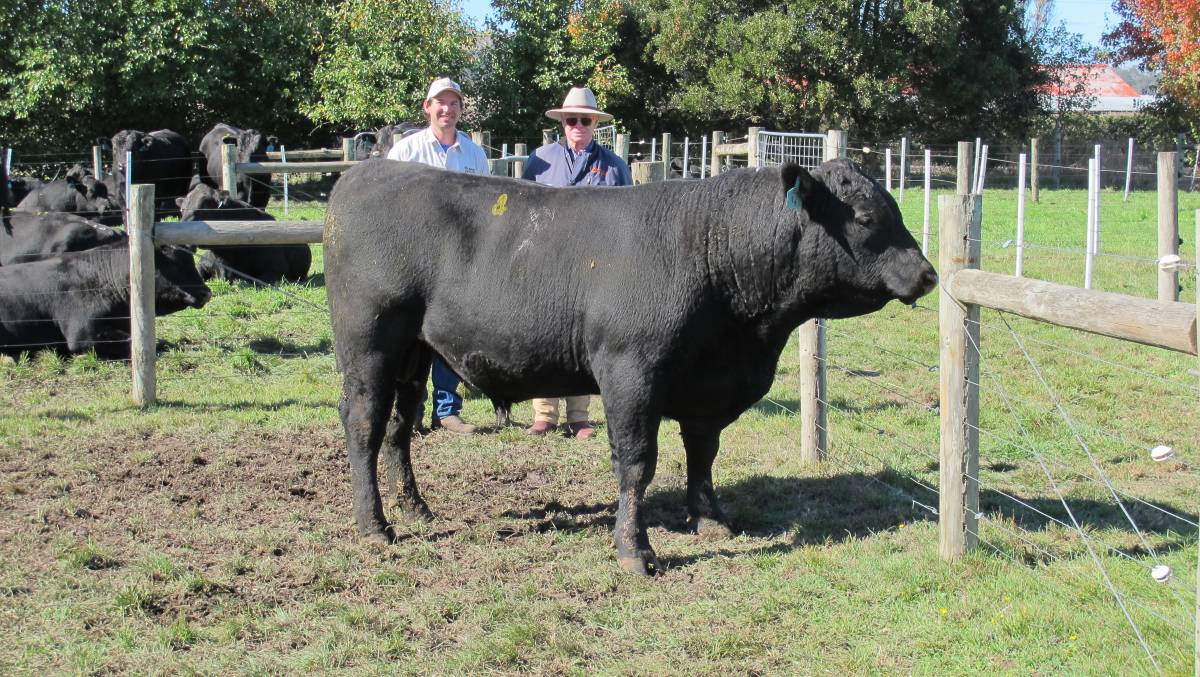 Mr Grieve said the bull had a “very sirey outlook about him.

‘He’s an outcross for our herd, his numbers were in the ballpark, for the most part,” Mr Grieve said.

“I bought my first Cluden Newry bull 31 years ago, we buy one from there, every four to five years.

“He’s going to add phenotype, he’s got strong growth figures, he’s an all round package -  can’t see how he can be a failure, at this stage, as he has a very strong background, in the cow herd.”

“I guess everyone has been getting good money for what they have been selling, so it has flowed through,” Mr Hughes said.

“We place a lot of emphasis on animal structure, that’s probably the drawcard.”

“I think everyone was happy, we increased the number of bulls sold, because we were trying to maintain reasonable prices for everyone.

“We’ll continue to do that, with a bigger bull drop, again next year, as we are increasing cow numbers, so there are more to select from.”