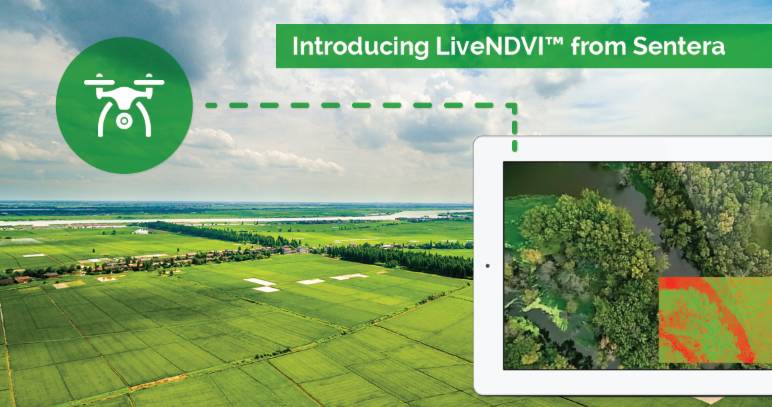 The company says the system will mean agronomists and farmers can make crop input decisions the fastest way available.

Sentera’s Double 4K resolution cameras processes NDVI data during the drone fly-over and can now livestream this directly to the users mobile device.

Sentera CEO Eric Taipale said users had previously been limited in what they could see from drone sweeps while they are in the paddock.

“With the Double 4K’s live NDVI capability, users get definitive NDVI data on the entire field immediately, and with complete confidence,” he said.

“It could not be faster, and it costs less than traditional methods of data collection.”

Collecting higher-quality data faster and less expensively than ever before means agronomists and farmers can focus on advisory and prescriptive tasks, bring more acres under management, and provide better advice, to more growers, at a lower cost.

Greg Emerick, executive vice president of Sentera, said the company’s engineers have perfected the output of the Double 4K.

“They developed a solution that captures precise crop health data, performs algorithms on-board the sensor in-flight, and pushes the data to the ground as soon as it’s captured.”