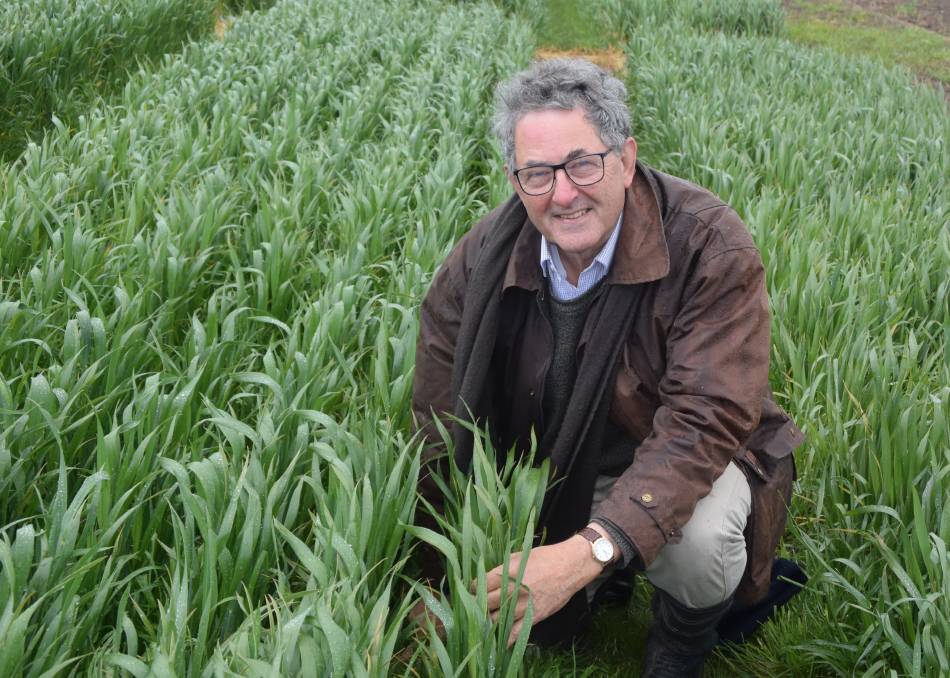 Farmers considering late season nitrogen applications to boost wheat protein levels have been warned it is a risky exercise.

THE CARROT is dangling for growers to boost protein levels in their wheat crop, with a spread of up to $40 a tonne opening up between hard wheat and general purpose pay grades.

It has led to growers in many regions considering an ultra-late season application of nitrogen with a view not to boost yield but rather protein levels in order to access the premium for high protein grain.

However, a plant nutrition specialist warns farmers that applying nitrogen to boost protein levels is not as simple as just putting out the fertiliser and watching it happen.

Rob Norton, the Australasian regional director for the International Plant Nutrition Institute (IPNI), said getting the wheat plant to use additional nitrogen for protein was a difficult task.

“I liken it to standing up on a hammock. It’s possible, but you need really good balance and even then you also need a good slab of luck as well.”

Speaking at the Southern Farming Systems (SFS) Agrifocus event near Lake Bolac in Victoria last week, Dr Norton said while it may be possible to drag up protein levels, farmers needed to assess whether it could be done economically.

“You need to see whether you’d get any benefit out of it. By raising a crop’s levels from a potential of 10.5pc protein to 11.5pc you might get a good premium out of it, but do you get anything if you bring it up from 8pc to 9pc protein?”

“We work on around 5-10 kilograms of nitrogen per tonne of wheat to raise the protein level by 1pc, so if you have a really heavy crop, say eight tonnes to the hectare, as you could see in this part of the world, you would need 40-80kg of N just to lift protein levels by 1pc.

“If you think you need to lift protein levels by 3pc, then you can multiply that by three, it’s a big price risk.”

“I’d be happy for you to do it with your money, but I don’t think I’d do it with mine.”

“If the conditions remain cool and there is a bit more rain then you could easily see the extra N preserve the canopy of the crop for longer which in turn produces more carbohydrates and that can actually have the opposite effect to what you are looking for.

“It could then increase grain size, but reduce overall grain protein, however it will be extra yield so there is some return on the nitrogen investment.”

“I’m not sure we can ever get grow 12pc protein wheat with good springs in high rainfall zones simply because they are good springs and the yields will be high, pushing protein levels down.”

“Perhaps we could get new varieties with better internal N mobilization in varieties, but we have such a big push to get protein levels that will take the wheat into a higher pay grade.”

The story Pushing protein up no easy matter first appeared on Farm Online.