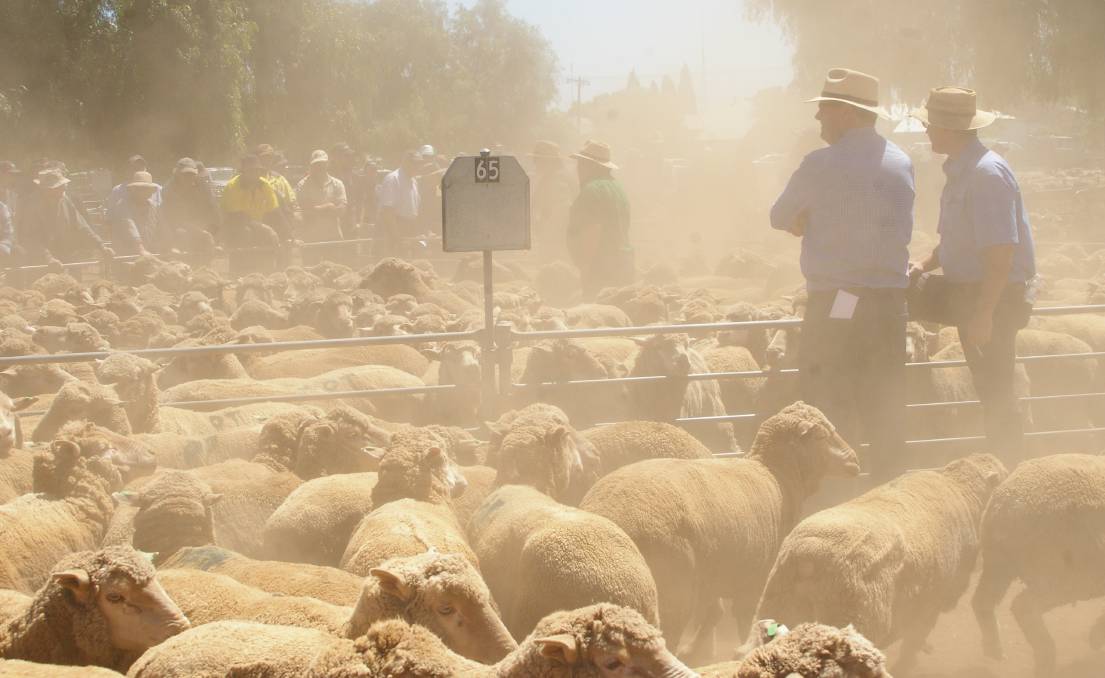 Domestic slaughter lambs sold from $125 to $138 at Bendigo on Monday, with the pick of the second-cross young lambs in the 22-24kg bracket averaging around $133/head.

Earlier this week the ESTLI fell to 554 cents per kilogram, down by about 45c on the month’s opening, due to a flush of lamb supply at the saleyards.

National lamb throughput jumped nearly 68pc last week to 195,993, following a short sale week in NSW and transport logistics getting stock to market in South Australia due to wild weather.

The most dramatic influx of young lamb numbers was in NSW, which totalled 72738 head, up 16pc year-on-year.

“More young lambs were penned across the majority of markets,” Ms Williams said.

Lamb yardings are down 19.2pc for the past four weeks compared to the same period last year, which Ms Williams attributed to ongoing wet weather impacting the transportation of stock.

“Also the ability for producers to hold onto lambs for better finishing is a far greater possibility than this time last year when it was dry,” she said.

Ms Williams said supply may plateau in NSW, however it was expected Victorian lamb yardings to rise next month with Hamilton, in Victoria’s Western District, anticipated to receive a flush of supply in November.

All states showed slight increases with NSW receiving the largest throughput with 37593 head which was up from 12757 and Victoria the second largest increase at 19111, up from 8436 head.

“The Spring flush is underway, indicating that prices should continue to soften into next week,” Mecardo market analyst Katherine Bain said.

“The mutton price continues to hold up well in comparison to this time last season, due to the favourable weather, and therefore may continue to ease at a slower rate.”​