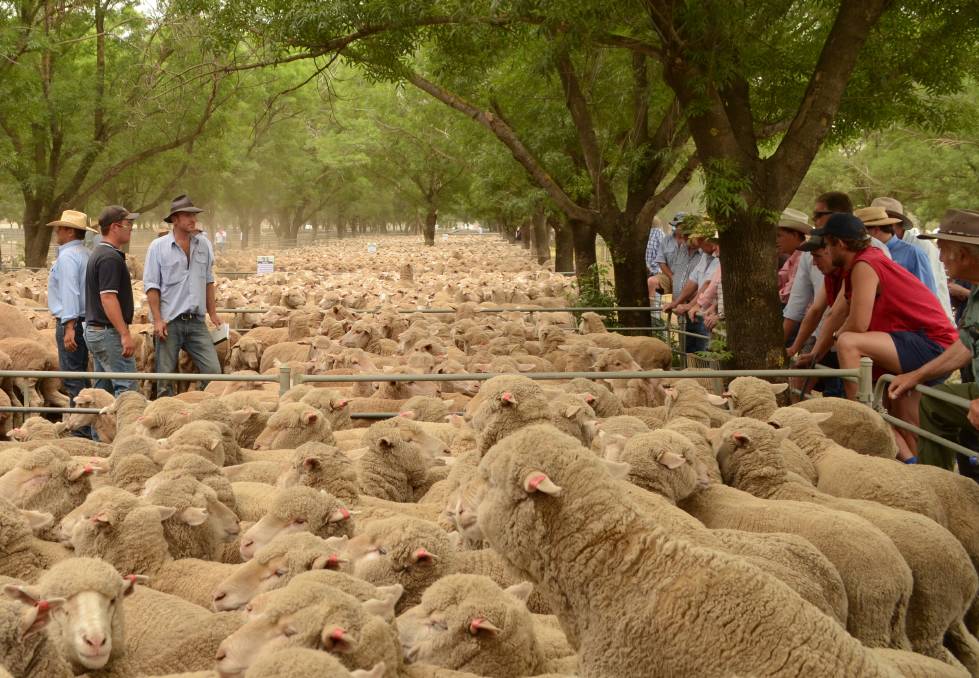 The fourth consecutive record for lamb slaughter is expected this year.

WHILE lamb slaughter is expected to reach 23 million head this year, its fourth consecutive record, mutton slaughter is bottoming out to its fourth lowest level in over 50 years.

WHILE lamb slaughter is expected to reach 23 million head this year, its fourth consecutive record, mutton slaughter is bottoming out to its fourth lowest level in over 50 years.

Mutton prices are showing mild gains, reflecting the progressively tightening supplies, with prices hitting 378c/kg, up 5pc year-on-year, after a tumultuous start to the year.

Meat and Livestock Australia’s recent sheep and lamb industry projections increased lamb slaughter projection by 1 million head to an increased 23m following strong sales throughout the first half of 2016.

Due to the increase in lamb slaughter, production is forecast to reach a new high of 510,600 tonnes cwt, up 1pc from the record set last year.

“Lamb slaughter for the first 7 months of the year has pretty much accounted for the extra million head MLA added to their previous forecasts,” Mecardo market analyst Angus Brown said.

“If we deduct what has been slaughtered so far from the total forecast of 23 million head, lamb slaughter will actually be 1pc lower than last year for the coming five months.

“This will be supportive of prices, which should maintain similar, or slightly higher levels than last year as a minimum, if MLA’s forecast is close to the final slaughter number.”

Mutton production forecasts this year track 8pc below year-ago levels, at 184,860t cwt, and are expected to dip further again in 2017.

“Mutton prices for the rest of the year will depend heavily on spring rainfall.”

He said a good spring could see much tighter than normal supply, and subsequently prices depreciate to 300-350c/kg cwt, while a dry spring would see values similar to last year, moving under 300c/kg at times.

With the 12 month total number of sheep and lambs processed down from 32.3 million head nationally, to 31.4 million head, Mr Brown said tight supply would continue to be generally supportive of prices.

Slaughter levels have increased by 2.8m head since 2011, despite the national flock down by nearly 3m head in this same period.

Mr Brown said the increased lamb supply, despite a smaller flock, was due to improving productivity, through increasing lambing percentages.

“Improving management, along with a move towards meat and dual purpose sheep, and away from Merinos, has seen average lambing percentages over the entire flock grow from 85 to 92pc over the last four years, according to MLA and Australian Wool Innovation’s wool and sheepmeat survey,” he said.

“A good spring could see significantly tighter supply this year as a flock rebuild gains pace, as fewer sheep, ewe lambs, and merino wethers will be sold relative to recent years.

“This would obviously see prices track ahead of last year, maybe in the order of 5-10pc, but we are likely to still see normal seasonality.”​