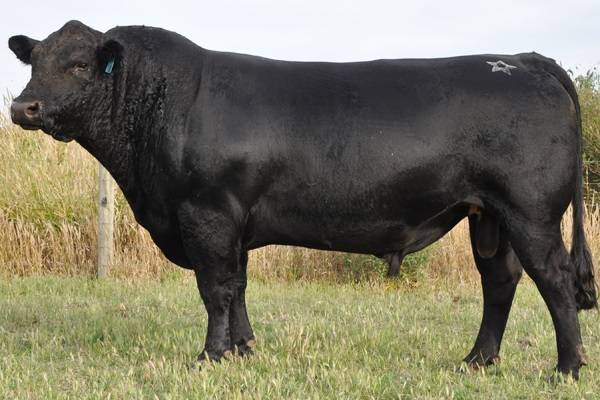 Berkley had been making his name as a sire at Te Mania, Mortlake, Victoria, with five sons sold at the stud's Walgett and Mortlake sales this year averaging $10,300.

Hazeldean principal, Jim Litchfield, said he saw Berkley as the next landmark bull in the Angus industry.

He described him as a “watershed sire”, which he said only came along occasionally.

"Some that come to mind include Scotch Cap, 036, and Traveller," Mr Litchfield said.

"In their time, they are just that much further ahead genetically than their contemporaries, and provide the base for the next big lift in the breed.

"I think Berkley is the bull that will provide the next big lift."