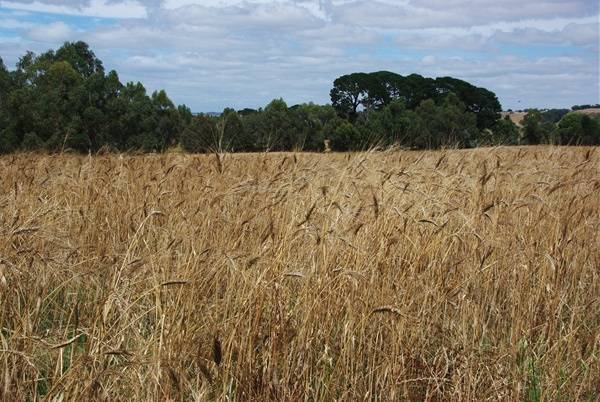 WHEN Birregurra seed producer Don Lidgerwood was approached by a local restaurant to grow ancient, low-yielding varieties of wheat, he was intrigued to say the least.

WHEN Birregurra seed producer Don Lidgerwood was approached by a local restaurant to grow ancient, low-yielding varieties of wheat, he was intrigued to say the least.

"I had recently had a small amount of property that had become available, so when George (Biron of Sunnybrea Restaurant) approached us to grow two very ancient, low-yielding varieties of wheat, I thought why not?" he said.

George had a wood-fired oven at Sunnybrae to make bread and doughs for the restaurant, and wanted to test wheat varieties spelt and khorasan, to make their loaves more unique.

Mr Lidgerwood, who runs Lidgerwood Seeds, thought the project could add value to his operation, particularly as it was thought both grains had never been grown in the region – with the varieties more suited to hotter climates in the north.

"However, as both these varieties have been grown all round the world it was decided to give them a try," he said.

So in June 2011, eight hectares of spelt and 2ha of khorasan were planted alongside their other winter crops.

The average rainfall at Birregurra is 675 millimetres a year, with most falling in winter and spring.

Mr Lidgerwood said both varieties seemed to tolerate wet conditions, but it was mostly an average growing season.

Little maintenance was needed for the crop because the plants grew tall. The stems were strong so they were able to better withstand attacks from grubs.

"They were no trouble to grow and were not bothered by pests or diseases so we also didn't have to spray either," he said.

Following harvest in January both wheats had potential but Mr Lidgerwood thought the spelt was better yielding.

"We got 800kg/ha on the spelt – if we could double that next year we'd be doing pretty well," he said.

"Down here we can grow 5-6 tonnes of wheat to the hectare and some are even getting to 10t/ha.

"Just how much flour we'd get with each crop, I'm not sure as we don't have any comparisons as yet."

However, he said the nutrient levels of the ancient grains were supposed to be higher, with the original seven sugars that normal wheats no longer contained.

"They are not gluten-free, but people who have gluten problems would be able to tolerate these more as they have friendly gluten," he said.

Mr Lidgerwood has so far treated the exercise as a hobby; he said they would need to grow more hectares to make money from it, and see what price they could market it at.

But he has taken the new crop seriously enough that he went out and bought his own pin mill to process the new wheats.

The processor is a steel rotating mill that forces flour through a screen – different sized screens can be put in for various degrees of coarseness – on to a cloth sieve that then sieves the flour into either pure white or wholemeal.

At this stage, Lidgerwoods were only producing wholemeal flour.

"I hope to eventually mill wheat up for other people because we've got all of the facilities here now," he said.

"I've just been to China to the Canton Fair, which is the biggest trade fair in the world, and I've bought a piece of machinery over there – a multi-purpose de-huller which is a bit like rice equipment, so that should do the job."

At Sunnybrae Restaurant, Mr Biron said he was "uplifted" by the grain-growing experience.

"It was a nice change in the landscape and has given us a lot of wonderful produce to use all year," he said.

"I have been experimenting with a mix of the spelt, khorasan and hard wheat flour – learning how to control the doughs with completely new (to me) ingredients.

"Both our flours are wholegrain and at this early stage the spelt seems to impart a strong nutty flavour, while weakening the structure a bit.

"The khorasan also adds earthy toasty flavours that also slightly weaken the structure but add a crisp layer to the crust.

"We are using the skins, bran and whatever comes off the final sieving for the lining of the proving baskets and the crusts have been encouraging, thin but crisp and tasty."

Lidgerwoods plan to dedicate about 20ha to the varieties this season.