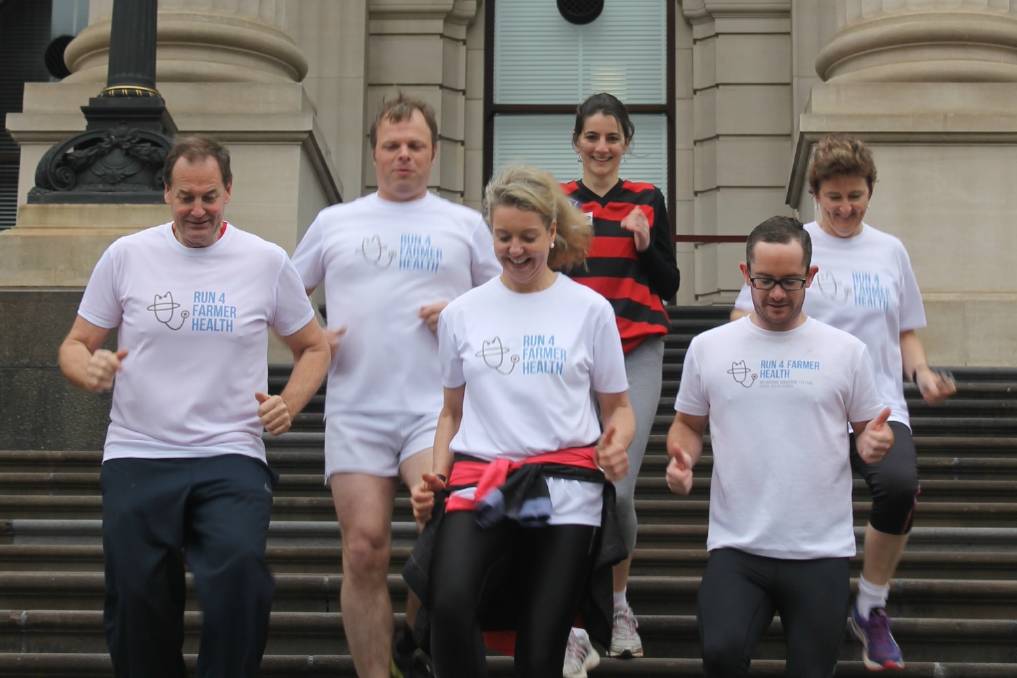 VICTORIAN politicians are pulling on the running shoes to help raise funds and awareness for Hamilton’s National Centre for Farmer Health. They’ll be part of what’s hoped will be a 70 strong contingent, tackling a full marathon, from the MCG, via Port Melbourne and Elwood, in October.

FEDERAL money will be required if the State Government is to continue funding Hamilton's National Centre for Farmer Health, according to Member for Western Victoria, Simon Ramsay.

FEDERAL money will be required if the State Government is to continue funding Hamilton's National Centre for Farmer Health, according to Member for Western Victoria, Simon Ramsay.

The State Government was committed to providing a quarter of a million dollars to help run the centre annually, but it was contingent on Federal funding, Mr Ramsay said.

"It's on the table, every year, as long as we are in government - but it is conditional on Federal funding as well; we do need the Federal Government to support us with ongoing funding for the national centre," he said.

"It is a national centre for farmer health, which is doing national work to support farm families, so there is a requirement for a holistic funding approach from Federal and State Governments and private industry."

Labor Member for Western Victoria Jaala Pulford declined to say whether the opposition would provide recurrent funding for the centre.

"We will have more to say about that, closer to the election," she said.

She said the centre was vitally important, as Victorian farmers had worse health outcomes than the general population.

"It's a disgrace for the National Centre for Farmer Health to be in a situation where we are having to participate in a fun run to keep the doors open," Ms Pulford said.

She described a funding life-line of Federal and State funding of $625,000, in July, provided to the centre as "a political solution and a one year patch-up job."

"We have the one-off funding from the Federal Government, and we have an allocation from the State Government, which is contingent on Federal funding, which leaves us vulnerable," Ms Brumby said.

"It's really difficult to attract and retain quality staff, we need a firm commitment for at least four to five years, if not recurrent, to build it back up and do good work."

It was pleasing to see the National Party commit to seeking funding for the centre, at its recent State conference, she said.

But she said philanthropic trusts were unlikely to help out, as they only wanted to fund projects which had a future.

"It's a kind of catch-22, philanthropic trusts will only come in if they know there is a core base of funding and they have got stability," Ms Brumby said.