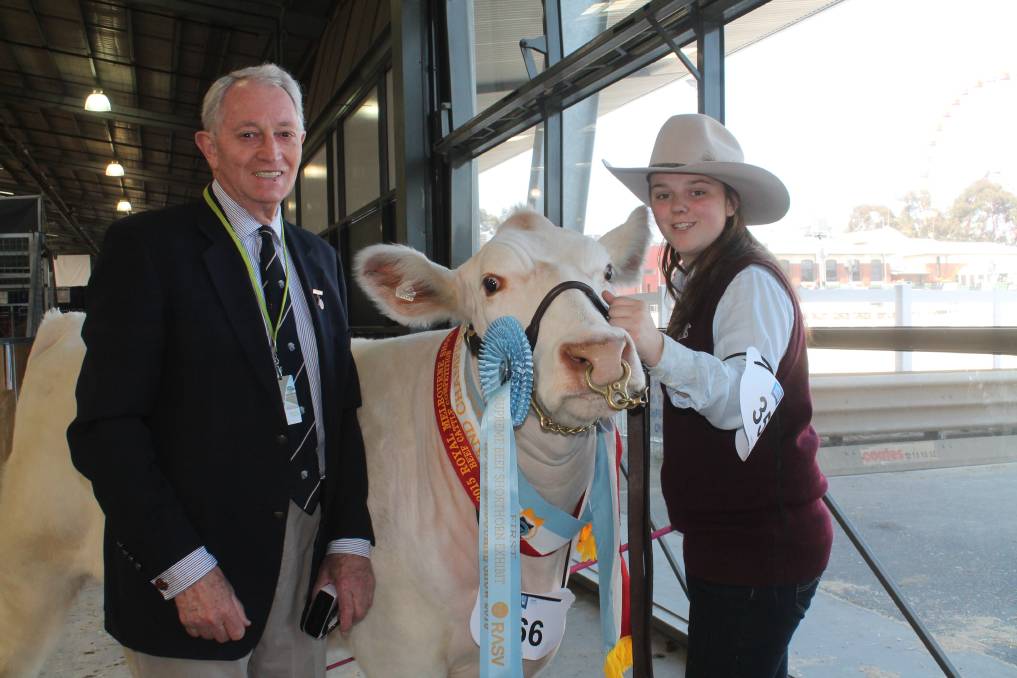 A YOUNG heifer rose through the ranks at the Beef Shorthorn judging at the Royal Melbourne Show today to collect the supreme champion gong.

A YOUNG heifer rose through the ranks at the Beef Shorthorn judging at the Royal Melbourne Show today to collect the supreme champion gong.

The 18-month-old entry, Morningtime Soldier's Blossom 38, was exhibited by David Ashley, who runs the Morningtime Beef Shorthorn Stud at Spring Hill, near Kyneton.

"I'm really happy with her performance today," he said.

The 558 kilogram white heifer was by Spencer Family Soldier Boy, one of the first bulls that Mr Ashley had purchased in 20 years.

"I bought him because we were looking for something a bit different," he said. "And we've had some great successes as a result."

Morningtime Soldier's Blossom 38 has previously been shown at the 2015 Sydney Royal, where she acquired the reserve junior champion heifer broadribbon.

But he singled out Mr Ashley's heifer for the top gong, praising the entry for her capacity, carcase attributes, and structural soundness.

"She's carrying plenty of muscle, but she's still got that softness that I love," Mr Sykes said.