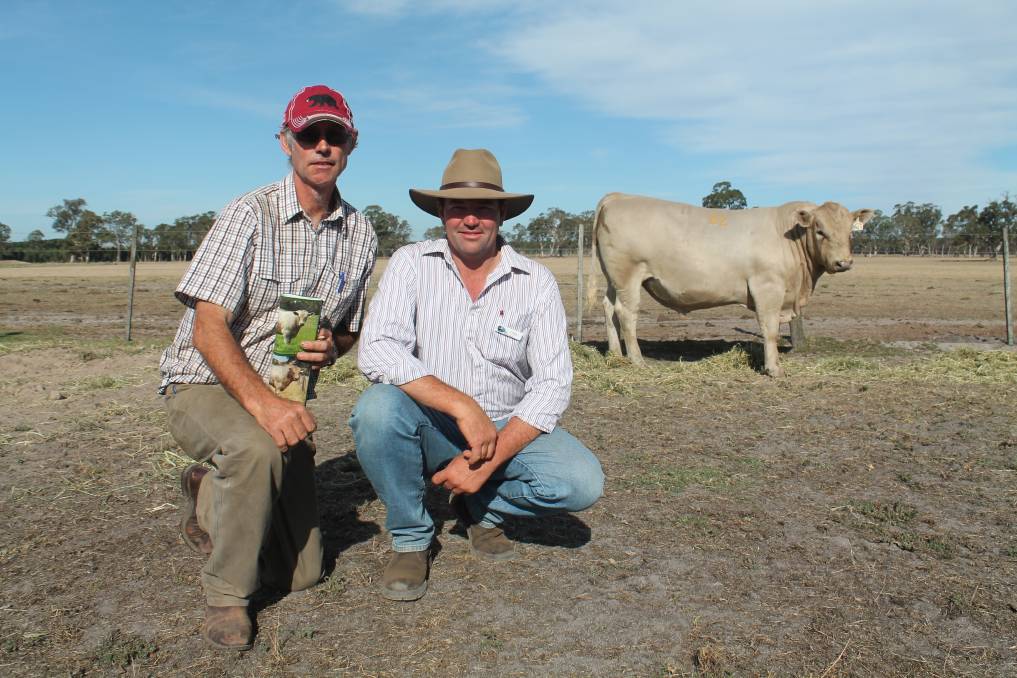 For the second year in a row, Jenny Anderson of No Stones, Gulargambone, NSW, purchased the top-priced bull, with this year the hammer falling to Lot 2, Lindsay Jagger J29.

The rising two year-old bull was by Lindsay Enforcer E94 and out of Lindsay Leanne F31, and weighed 902 kilograms.

The second-highest price of $7500 was paid twice for Lindsay Jeronimo J19 and Lindsay Jackal J83, which was knocked down to Sugarloaf Farm, Kangaloon, NSW, and John Kennedy, Pittong, respectively.

The 18 month-old bull, Jeronimo, was by Robern Mr Muscle M2 and out of Willalooka U136 while 17 month-old Jackal was by Monterey Fortress F14 and Kelso Elsa E112.

Mr Kennedy said Jackal's good figures matched with his depth of body signed the deal for him. He will be joined with heifers.