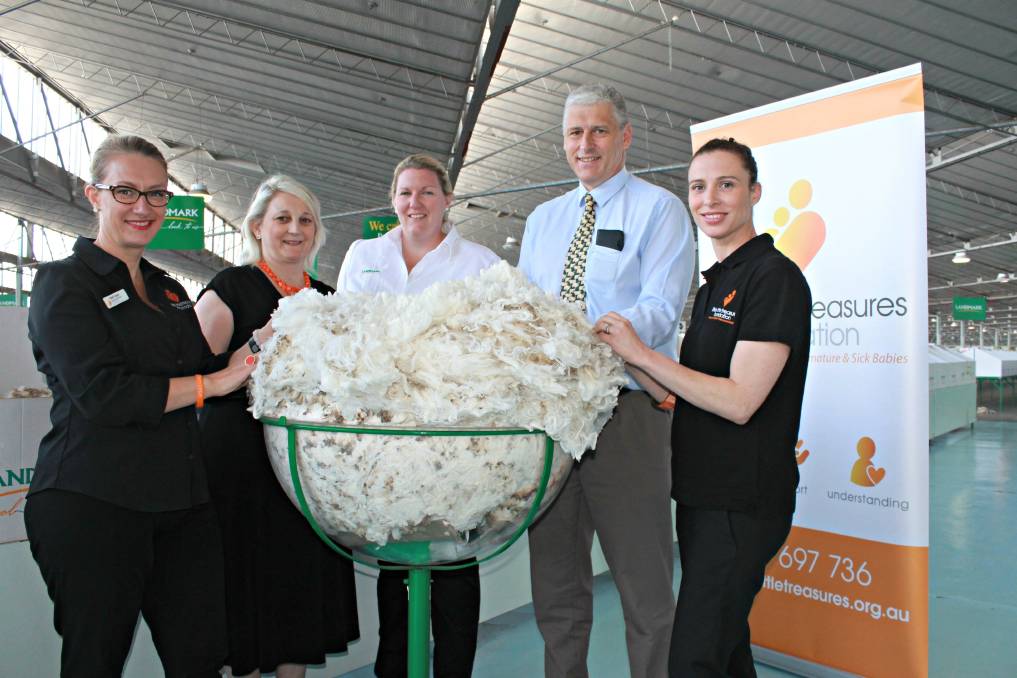 ENTRIES are now open for the annual Australian Fleece Competition and the partner charity of the event has been announced.

ENTRIES are now open for the annual Australian Fleece Competition and the partner charity of the event has been announced.

The competition is held as part of the Australian Sheep and Wool Show at Bendigo in July.

With the event now in its 15th year, organisers have chosen to donate money raised by the sale of the fleeces to the national charity Life's Little Treasures Foundation, which helps the families of premature and sick babies throughout Australia.

The competition is the largest fully tested fleece show in the world, with a total prize pool of more than $14,000.

The grand champion fleece earns its exhibitor a travel voucher valued at $2000.

In recent years about 200 exhibitors from all states have entered between 470 and 500 fleeces in 15 separate sections ranging from extra-ultrafine to strong Merino, Dohne, Samm, Polwarth, Corriedale, and British and other breeds.

The Merino Performance section was added last year, and it saw 40 fleeces entered by woolgrowers who shear their flocks in six to eight cycles as commercial practice.

All competition fleeces are weighed and sampled for objective measurements, including length and strength, under standard procedures of the Australian Wool Testing Authority.

In the Australian Fleece Competition, up to 38 points are allocated for clean fleece weight and 38 points for commercial processing performance.

A judging panel made up of a wool buyer/exporter and a wool broker allocates 24 points for colour evenness and style.

In a separate part of the competition, prizes are awarded for the highest-value fleeces in various sections based on 12-month average prices supplied by Australian Wool Exchange (AWEX).

As for its charitable aspect, in the past 14 years $100,000 has been raised for national charities.

No entry fee is charged; instead, exhibitors must donate their fleeces.

The competition organisers are also hoping to raise greater awareness of the Life's Little Treasures' work, particularly in rural communities.

The foundation's chief executive and co-founder Shusannah Morris said the team was very grateful to be the charity of choice this year.

"Like many relationships with our foundation, the one with the Australian Fleece Competition began when a family we'd helped came back and put the foundation forward," Ms Morris said.

"Prue Harris, of Koole Vale Merinos, had a niece, Pippa, who was born weighing only 604 grams and when she was in hospital we were able to help the family."

She said being supported by the competition would allow Life's Little Treasures to continue its work in reaching families in hospitals and in communities once they returned home through their 24-hour helpline, webinars, smartphone apps, hospital support folders, support groups and social media pages.

"With all these services we can extend to rural communities, because we want to be able to support families no matter where they are, whether it's metro or rural.

"It helps to relive the feelings of isolation because we understand the stages and stresses these families are going through."

Thanks to such community support and the hard work of the team, Life's Little Treasures has grown from four mums chatting over a coffee 10 years ago to a national chairty that helps some of the families of the 45,000 babies that are born premature or unwell every year in Australia.

Exhibitors can have their interstate fleeces transported to Landmark Brooklyn, Melbourne, through the generous support of Wooltrans Australia.

Fleeces can be delivered to Landmark Wool representatives or wool stores.

All fleeces must arrive in Melbourne by Friday June 5.

Entry schedules will be to posted to previous exhibitors; alternatively, they are available on the Landmark and ASBA websites.