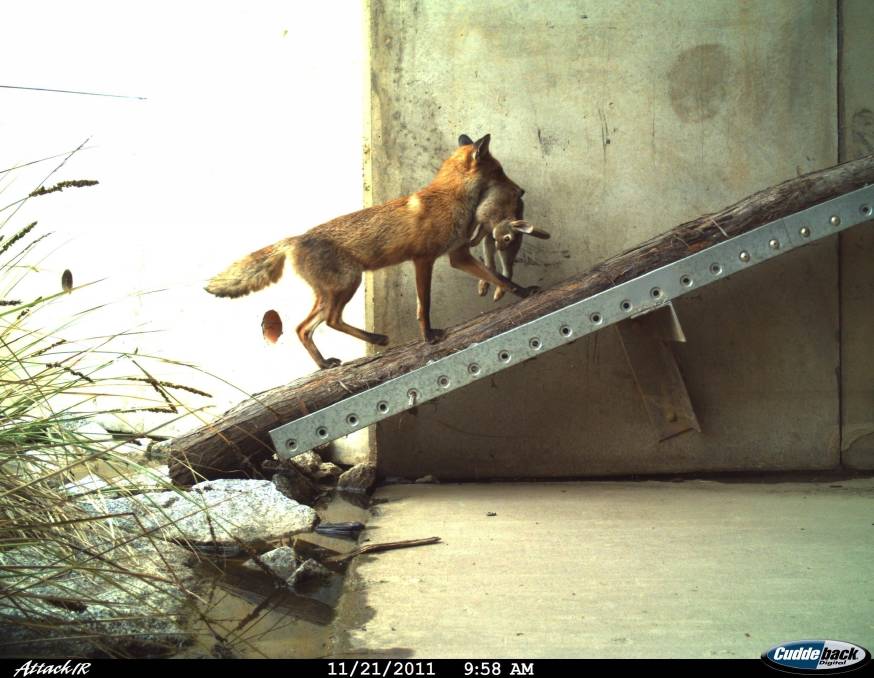 Experts have dismissed claims foxes could enter Tasmania, by ship, from Victoria.

CLAIMS foxes could still get into Tas on ships crossing Bass Strait have been dismissed by shipping companies and environmental experts.

CLAIMS foxes could still get into Tasmania on ships crossing Bass Strait from Melbourne have been dismissed by shipping companies and environmental experts.

Toll Holdings media and research group manager Christopher Whitfield said it was “highly unlikely” foxes could enter Tasmania, by ship, from the mainland.

Toll operates a six-day a week service from Webb Dock, at the Port of Melbourne, to Burnie, in Tasmania.

“Not once in my three-and-a-half years at Toll have I heard of foxes even being on site at the port, let alone getting onto a ship,” Mr Whitefield said.

“There’s really only one way to get on and off the ship anyway so any animal would be pretty easy to spot I’d assume.

“We also load and unload in daylight hours with very heavy/loud machinery so I’d say it would be extremely unlikely to happen (or) go unnoticed.”

But he said it was “fairly unlikely” one could get onto a ship.

“When they got to the other side, they would need to find a mate.

“The probability of it coming off would be pretty low - but certainly not impossible.”

The claims came, after Biosecurity Tasmanian general manager Lloyd Klump said the state was aware the threat of a fox incursion “remains possible” from the mainland.

“Biosecurity Tasmania’s Invasive Species Branch, which is focussed on reducing the threat of introduction of a wide range of pests as well as responding to threats that are identified or suspected to have been introduced, has responsibility for managing existing externally funded projects as well as developing new projects,” Mr Klump said.

Currently work was being carried out around rapid detection – and swift response – to any new incursion.

“This is work, which is clearly valuable in keeping Tasmania fox free, which also provides benefits for the management of the risks of incursion and establishment of other vertebrate pest species,” Mr Klump said.

A spokeswoman for the Spirit of Tasmania Soniya Cooper, said all vehicles boarding the ships were checked by security.

And a spokesman for Victoria’s Department of Economic Development, Jobs, Transport and Resources (DEDJTR) said while the risk was real, it was considered to be “very low.”

“The only confirmed arrival of a fox from Victoria was recorded in 1998 when staff at Burnie Wharf reported that a fox had walked off a container ship, which originated from Webb dock in Melbourne,” the spokesman said.

“It is understood that Biosecurity Tasmania has now put measures in place to further reduce the likelihood of a fox incursion into Tasmanian ports from the mainland."