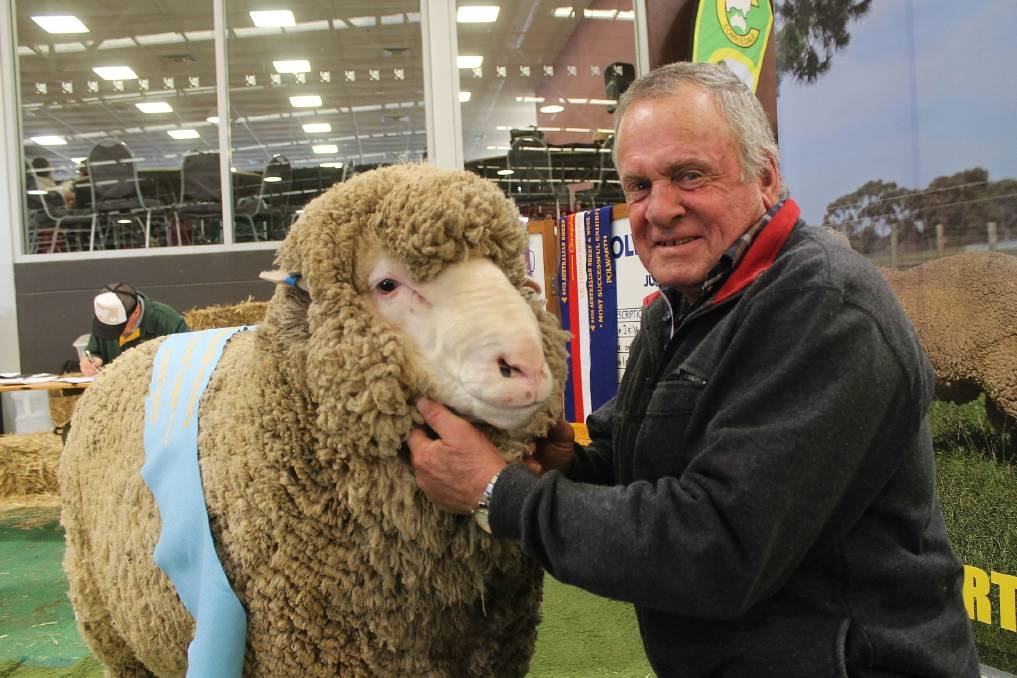 The long-time stud principal of the Homeleigh Polwarth Stud has won the supreme broad-ribbon too many times to count, but this win was special.

His three year-old grand and senior champion ram winner - dubbed ‘Ted’ - was an AI ram that had been bred from one of his father’s sires.

“My dad’s name was Ted, and this ram is the progeny of one of his rams from 20 years ago,” Mr Hemp said.

“So this is pretty special…he is a pure Homeleigh-bred sheep.”

He said the decision to store the semen to use later on had worked out well.

“He’s made a big mark on the flock already,” Mr Kemp added.

“Quite a few of the sheep I have here today are by him. I join him to 40 ewes each year and he does a marvellous job.”

The ram had previously been shown at the Campbell Town Show in Tasmania, taking out supreme at that show too.

Mr Kemp prepared a team of 12 for Bendigo, which were hand-picked from his 200-head flock.

And while Homeleigh dominated the field in the Polwarth judging, it was the King Island-based stud, Taljar, SA, that impressed the judge in the ewe section.

Taljar’s junior champion ewe came out on top to win the grand champion title over the Fairview Stud’s senior champion from Yeo.

Mr Todd described Taljar’s 12 month-old junior winner as the “ewe of the future”.

For the McArdle family, the win was also special. They won both of the junior champion broad-ribbons.

“We knew the young ewe would do well, but to come home with grand champion was a surprise,” Jared McArdle said.

There were 44 entries all up in the Polwarth line-up at Bendigo.