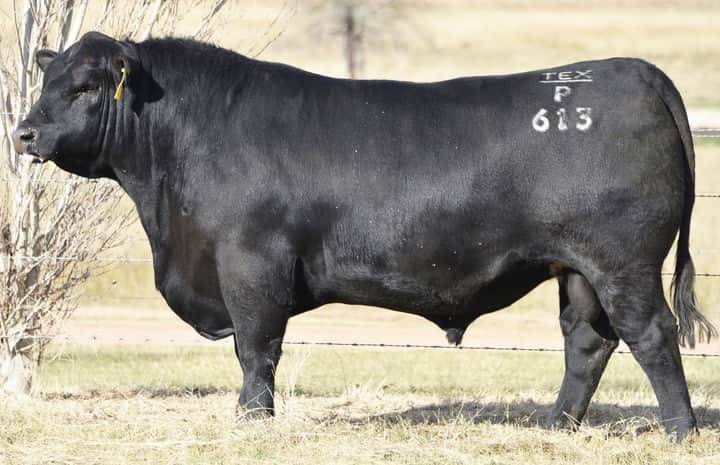 MISSING BULL: Texas Powerplay, purchased by Kelly Angus for $108,000 in 2020, has turned up on a neighbouring property.

Missing Yea Angus bull found close to where he was last seen.

Missing bull, Texas Powerplay 613 has been found and returned to Kelly Angus, Yea.

The bull disappeared a fortnight ago, and an extensive air and land search failed to find any trace of the animal.

Powerplay, purchased by Kelly Angus for $108,000 in 2020, was found around lunchtime on Friday, stud manager Patrick Joyce said.

The bull went missing from the stud, half way between Yea and Glenburn, leaving the owners baffled.

Mr Joyce said he was "absolutely stoked" Powerplay had been found; he was well, but had a slight injury to one leg.

"He was found by a neighbour on his property, about three kilometres from his original location," Mr Joyce said.

"Stock theft is quite common, but it would be quite unusual for an animal like this to be stolen," Mr Wright said.

All members would be very conscious of security, due to the value of cattle and seedstock animals.

"It's front of mind for a lot of people.

"He's an extremely valuable animal, genetically, so his disappearance is just a real shame."

Police suggested the bull may have wandered away from Kelly Angus, but theft had not been ruled out.

"You can come and cut a lock, or a fence, but we would routinely be monitoring boundaries and fences," Ms Finger said.

"We have been aware of trespass on our property, so it is of concern.

'"It puts you up on high alert, that's one way of putting it."

She said if the bull had been stolen it 'defied logic.

"All stock is high value at the moment, so we try and keep it closer to our dwellings, if that's possible, but that's not always practical."

She said she had a "fantastic" group of neighbours around Riga, who looked after each other.

"It is certainly of concern but I don't think where we are, we need to upgrade," Mr Goddard said.

"Certainly I am mindful of it, we have security cameras around the place.

"I must say I was quite astonished when I read about it."

He said he couldn't imagine how anyone would be able to use the bull.

"I can't imagine how it would not be detected."

He said there was the potential for the bull to go missing, on the property.

"We are right on Goulburn River, on the bend as it heads into Seymour

'We lost a bull and we could never work out whether it swam across the river, or went downstream, but I think it actually drowned."