"Its not just the thousands of sightings its the signs and traces these cats have left behind." 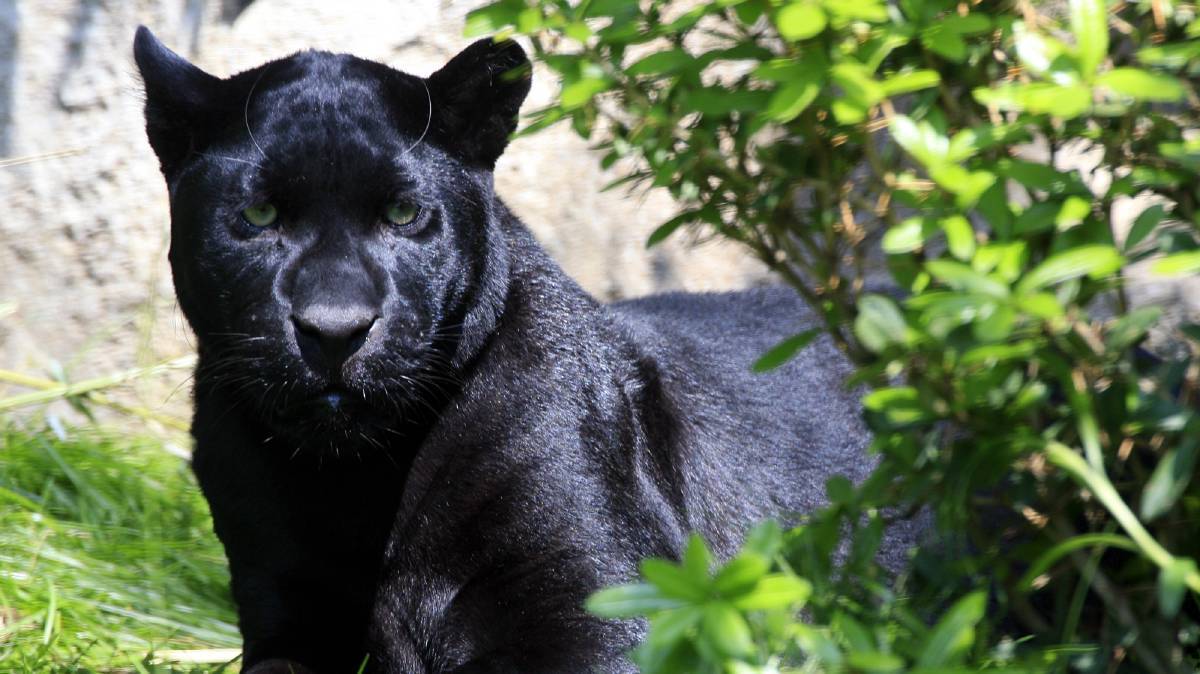 MYTHICAL: Could the elusive big cat reside in the Grampians? Picture: FILE

Sightings of the mythical big cat of the Grampians have been recorded, dating back over a century.

However, not everyone has the same belief in the animals' existence.

The Victorian Government launched its own search for elusive big cats a decade ago. Like many before them and since, it came up empty-handed.

Panthers on the prowl, pumas, even escaped lions - most often the sightings are accompanied with blurred video or photos which tease but are never conclusive.

Farmers reporting maimed stock, plaster casts of paw prints, eyewitness accounts - they are a constant in every state and territory of Australia.

Witness sightings have been recorded, over at least 60 years, of cougars, panthers or pumas in a wide stretch of Victoria from Gippsland to the Otways, the Grampians, central Victoria and at Beechworth in the northeast.

The legend of the panther has been so prominent in Australian folklore that in the late-1970s, Deakin University professor Dr John Henry launched a study in the Grampians to find out the truth.

Dr Henry concluded that "there is sufficient evidence from a number of intersecting sources to affirm beyond reasonable doubt the presence of a big-cat population in Western Victoria."

"This population of big-cats most probably dates from March 1942 and had, as its original location, the Grampians Mountain Ranges."

During World War II the most common theory involves American military servicemen who supposedly brought Pumas to Australia as their mascot.

However, this doesn't explain the sightings of the big cats pre-WWII.

Other theories include circus and zoo escapes and the widespread exotic animal trade in the 19th century before it was regulated.

The Ballarat Star reported on Saturday, June 21, 1924, that a puma had escaped the Perry's Brothers Circus in St Arnaud.

"Having shown (Perry's Brother's Circus) at St Arnaud last night, the circus was proceeding to Dunolly, and when the train was about a mile from St. Arnaud the side of one of the cages fell away, releasing a Jaguar and a Puma," The Ballarat Star read.

The whereabouts of the two animals were discovered. However, if big cats were able to escape once, it could have happened again.

"Circus truck crashes or even zoo escapes were ridiculously common, and animals of all types have escaped over the years, including lions," Ben Beed from the 'Missing Panther' podcast explained.

Mr Beed discovered three unidentified newborn creatures high up in a willow tree when he was 13-years-old; the mystery has haunted him for the rest of his life.

Mr Beed, now a grown man with a family, has launched the 'Missing Panther" podcast to find out more about the mystery panther sightings reported across Australia since the early 1800s.

Robert Perry from Perry's Brothers Circus got in touch with Mr Beed and revealed another big cat may have escaped from the circus.

"It may have been one of the original Perry's (who told me)," he said.

"I remember him saying.. one got out around Inverell (NSW). It was definitely a Panther he was talking about." 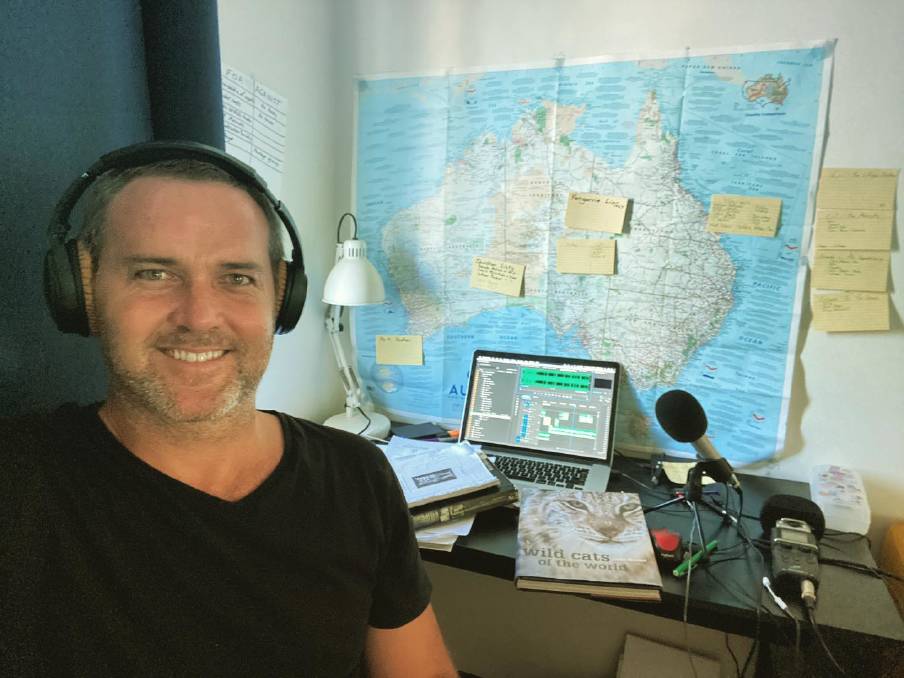 The most well-known theory is that the big cat sightings that many people report today could be descendants of abandoned American soldier mascots from World War II.

The belief is that during the second world war, when American soldiers were based in Australia, the troops could sneak in a wide range of animals to have as their mascots.

"The stories on this are all over the country," he said.

Mr Beed was contacted by Leanne, a history teacher who grew up in Halls Gap, who could shed some light on the mascots.

"Historically, mascots go back thousands of years across all cultures and continents," she said.

"It was a way of humankind representing some of their war-like features through an animal, whether it was an eagle, bear or mountain lion. Mascots not only represent some aspect of human nature that we hope to aspire to, but they also represent something of your own country. Mountain Lions represented something extremely American to them."

"The mascots that my grandparents, father and aunts talked about were always the Mountain Lions," she said.

"My grandmother always spoke about being surprised seeing these huge cats being led around like dogs. Their choice was to either put them down or try and release them."

"They let them go to give it at least some kind of chance of survival," Mr Beed said.

Dennis, who Mr Beed interviewed, said his father was an American soldier based in Horsham.

"They were only cubs when he saw them released," he said.

"They weren't full-grown, only babies. He told me that at the end of the war, they couldn't take them back home, apparently, so they just let them go. They fed them for a couple of days and they just didn't come back for a third day."

The treatment of big cats in the hit Netflix series Tiger King may seem absurd to many, however exotic zoos are a part of Australian history.

It was a popular tourist destination where the public could drive through the park, seeing the animals roam free.

In 1984, Sydney millionaire Emmanuel Margolin opened the doors to the world's largest private zoo in Mulgoa, named Notre Dame, with more than 3000 species on a 42-hectare estate.

"Even Craig Bullen (Bullen's Circus) was happy to share with me the time that five lions escaped from their enclosure from the Lion Safari Park in Western Sydney," he said. 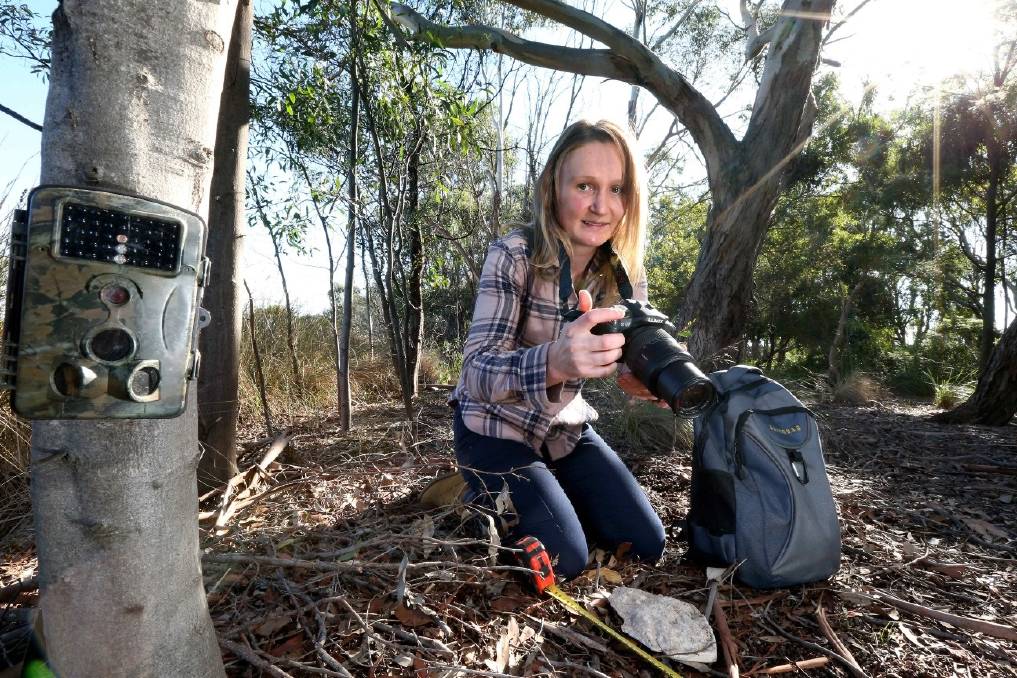 Ms Alsop said she has tirelessly studied the Otways and Grampians and is determined that "there is definitely something out there".

"What I work on is trying to figure out what this animal is."

Ms Alsop runs the Strange Creatures of Victoria Facebook Page and said the reports she has received are consistent with a Thylacoleo Carnifex.

"We get reports of the Tasmanian Tiger, the black and tanned coloured big cats," she said.

Ms Alsop said she doesn't know what is out there, but she will keep trying to find the answer.

"You just don't know, I haven't had that 100% sighting to say yes it's a cougar, yes it's a leopard, yes it's a Tasmanian Tiger or it's Thylacoleo," she said.

"It very well could be more than one species. I want to learn and understand what's out there. There are so many people who have had an encounter, we all want answers, that is why I am doing what I am doing."

Ms Alsop wanted to encourage residents to come forward if they encountered.

"People keep it to themselves because they don't want the ridicule," she said.

"There have been constant sightings throughout the Grampians, even throughout this year, which has been great. They are still out there, we will find out."

If you look at the many possibilities they may have come to be here, it really isn't hard to believe. - Ben Beed

What is out there?

The question remains whether the elusive creature truly exists in the Australian wilderness; however, with many different theories and sightings, the truth may soon come out. Mr Beed encouraged people to join him on the journey for the truth.

"If you look at the many possibilities they may have come to be here, it really isn't hard to believe," he said.

"I put the Missing Panther podcast together for people who have an interest in the topic of big cats in Australia, both sceptical or not. It doesn't matter what I believe; I went on this journey to explore the possibilities of big cats in Australia and to present it in such a way people can listen and make their own decision. It's not just the thousands of sightings, it's the signs and traces these cats have left behind."