Agents yarded more than 2550 heifers at Hamilton on Thursday. 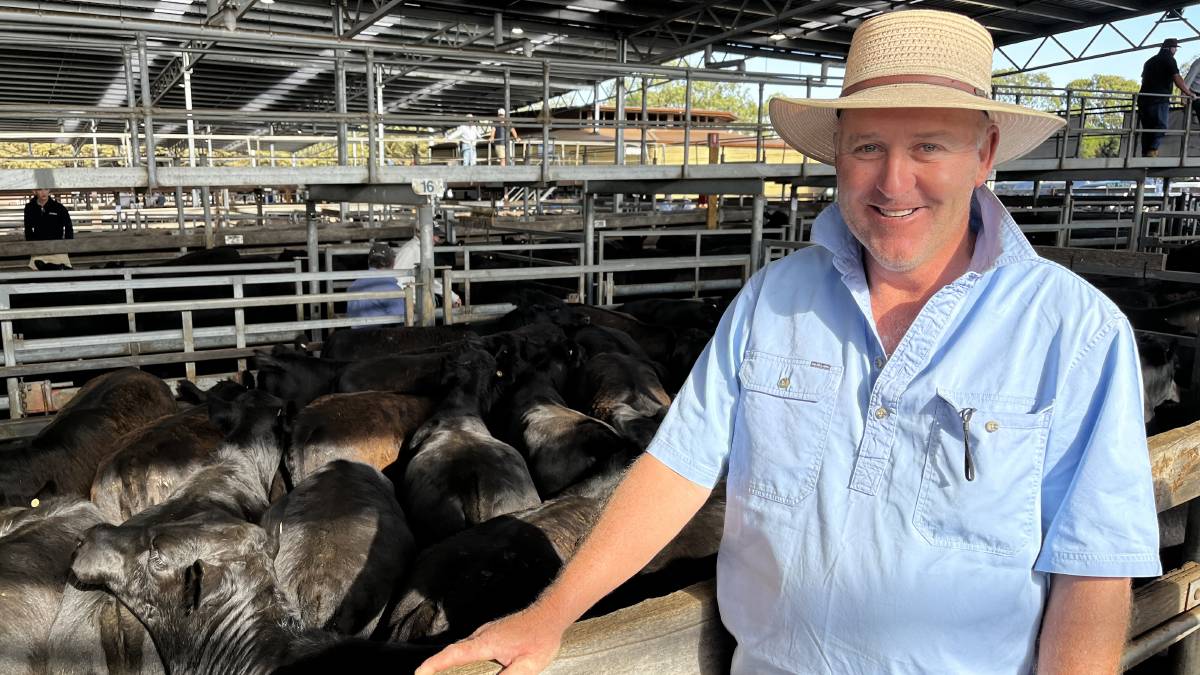 NSW graziers with an abundance of grass underpinned the final Hamilton store weaner sale on Thursday where light-weight heifers sold beyond 780 cents a kilogram.

Agents yarded more than 2550 female cattle for the feature heifer sale, marking a mammoth end to an enormous selling week at the Hamilton Regional Livestock Exchange where 13,000 cattle were sold.

Kerr & Co Hamilton auctioneer Zac Van Wegen said many of the first and second runs of cattle were bought by clients in NSW, SA and Victoria to be used as future breeding females.

"We had close to 1000 cattle here today and the top end sold better than expected," Mr Van Wegen said.

"A couple of guys from Glen Innes and Inverell, NSW, chased a large number of black breeders which really pushed the job along, as well as people from the Colac and Camperdown area chasing quality cattle."

Mr Van Wegen said the buoyant market rates were a combination of promising feed sources north of the Murray River, as well as a depleted national cow herd after years of drought in the north.

"With so much rain and feed up north, farmers have a bit of cash about them and are looking to restock with breeding females and there's no better place to come and do that than here at Hamilton," he said.

"We had about two or three good local orders and once again on those middle runs of heifers, 280-350kg, those local buyers were pretty strong on those," Mr Van Wegen said.

Southern Grampians Livestock auctioneer Dylan Praolini said the heifer draft on average was up by about 30kg across the yarding compared to the same sale in 2021.

"It's the first time in a long time that more than 10 or 15 per cent of the market has been bought to go back as breeders," he said.

"We could be up around 30-40pc of that top run of cattle that will be retained which is great to see.

"We also had a few local buyers, buyers from south-east South Australia and NSW being a big support as well as some buyers from AuctionsPlus."

Heifers have sold to 784 cents a kilogram at Hamilton’s feature female weaner sale this morning. Ten-month-old calves to $2400 a head. Lots of graziers buying cattle as future breeders. About 2500 cattle yarded. #agchatoz@stockandland@stockjournalpic.twitter.com/gkvoVarpI0