Euroa weaners settled at 600c to 700 cents a kilogram, and higher. 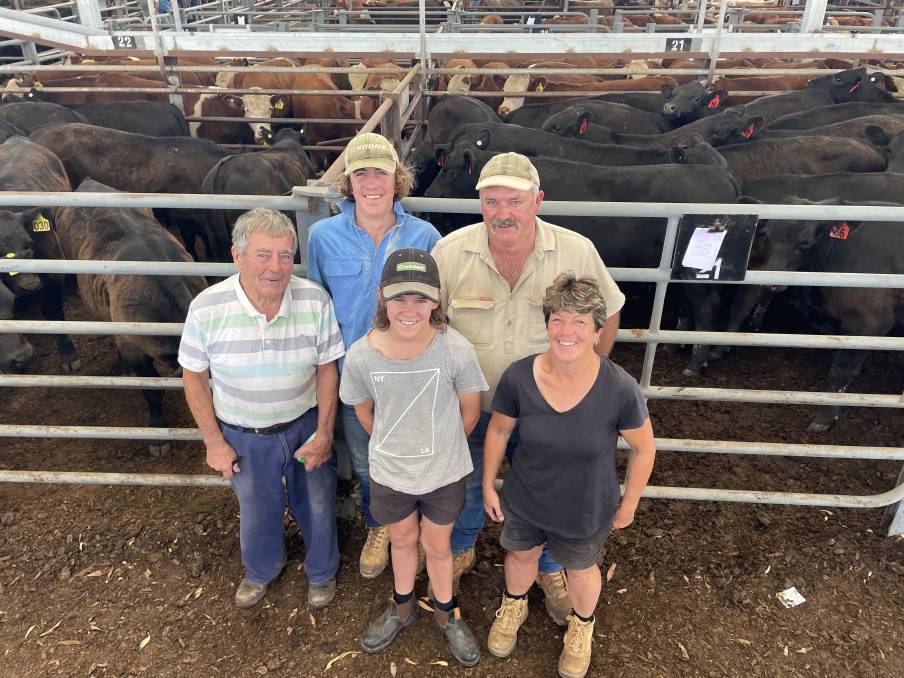 EUROA joined the weaner sale conga line today with prices settling at 600c to 700 cents a kilogram and higher for the well-bred lines of cattle.

"Prices floating around $50-$80 softer than our December sale, and it is quite obvious buyers are operating at $2200-$2300 dollars a head value," Elders Euroa auctioneer Joe Allen said.

"The heifer job was very satisfactory with a good run of joinable heifers, with about eight pens of 350kg plus making $2350-$2400."

There was excitement in the gallery when the dispersal of Gunbar Development, Beveridge, sold a pen of 172kg Angus weaner steers which fetched $2000, paid by Elders Gunnedah manager Nik Hannaford, equating to 1163c/kg.

Mr Hannaford's order added a floor to the market that prevented prices from falling below $2100 on steers above 300kg.

He said cattle were presented in good store condition, with prices more attractive for northern restockers than those prior to Christmas.

"While the market compared to before Christmas was a little cheaper, cattle were not quite as good as the black sale in December, but prices were in line with what is going on elsewhere," Mr Curtis said.

He said while there were "slightly erratic" mixed pens that lacked breeding integrity, there was small but effective competition on the majority of the yarding.

"A few people didn't come that usually would because of COVID so the crowd wasn't as big as it usually is but the line of buyers were strong enough," he said.

"There are other weaner sales so buyers stretch themselves out."