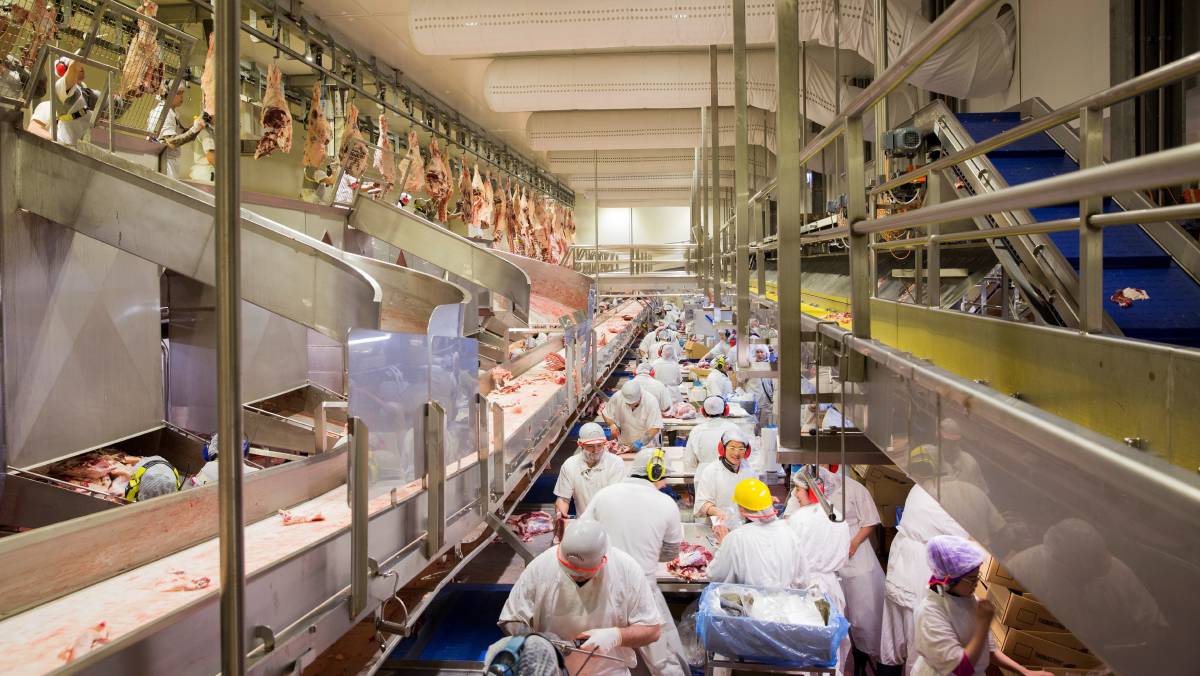 Department of Agriculture statistics show that total-year beef export volume in 2021 was the lowest seen in a very long time.

FINALISATION of December red-meat export statistics last week by Department of Agriculture revealed no surprises but simply confirmed the parlous state of slaughter-cattle supply in 2021 with the lowest total-year beef export volume seen in a very long time.

The extremely low beef export figure for 2021 would perhaps suggest that the herd has declined to a lower level than analysts and market watchers may have thought.

MLA's estimate of herd size (beef plus dairy) in 2020 was 24.6 million head while the Australian Bureau of Statistics at the same time through its yearly REACS (Rural Environment and Agricultural Commodities Survey) put the beef component at 21.1 million head with dairy contributing a further 2.3 million.

In 2021 the five-yearly Ag Census took the place of REACS and that should result in a more definitive herd-size figure when the data becomes available later this year.

On the strength of that, MLA's expectation is for beef exports to step up to 1.06m tonnes this year, however in view of the low 2021 export result, they may choose to review that forecast in their next projections report due in February.

If history counts for anything, the herd dynamics and beef export results in the 2010-2012 La Nina years may be instructive.

Percentage of females in the kill was very low in 2011 and 2012, which indicated a herd rebuild was under way.

ABS at that time estimated a peak of 26.3 million was reached in the beef herd plus 2.8 million dairy cattle taking the herd total to the often quoted 29 million before the subsequent 2014-15 liquidation.

In contrast, the start of the current La Nina in 2020 was from a much lower base.

The extremely low beef export figure for 2021 would perhaps suggest that the herd has declined to a lower level than analysts and market watchers may have thought.

If the ABS figures are correct, the 2010-2013 period not only produced rapid herd growth but also enabled growth in each successive year in beef exports once the rebuild got under way.

The contrast with the current rebuild phase is stark.

In short, the difference would seem to be that the herd was relatively stable at or near average level prior to 2010 with the pipeline of grass-fed slaughter cattle reasonably intact.

At the beginning of 2020 the herd was well below average level with the pipeline of grass-fed slaughter cattle virtually exhausted.

In the 2010-2013 period under much more favourable circumstances modest growth in beef exports of around 20,000t per year was possible while the herd underwent rapid growth.

Considering the differences period to period, it would seem unreasonable to expect much at all in the way of recovery in beef export volumes concurrent with the present rebuild.

A lack of live export orders may free up some additional cattle for on-shore processing but otherwise it looks like tough year ahead for processors.

Similarly oriented toward lean manufacturing beef sourced largely from the cow component of the kill, the China market also saw a significant fall in volume.

Japan's higher-value market positioning did not exclude it from the downward pattern.

The 233,818t volume in 2021 is Japan's lowest intake of Australian beef in the past 20 years. This is a significant trade disruption as the only other time in the past 20 years that volume has fallen to this level was in 2002 when Japanese consumer confidence in beef plummeted following outbreaks of classical BSE.

Korea, however, has been the one bright spot among the major destinations in 2021 with a 2.6pc increase which lifted volume to 165,053t.

If that trend is able to be maintained against strong competition from the US, the prospect is there for some useful expansion in volume with reset of the safeguard in 2022 to 181,120t.

MEATWORKS are gradually coming back on line after the Christmas break but COVID-19 is posing a huge issue.

Beenleigh was due to resume double shift on Monday but instead needed night-shift staff to get the single shift through.

A contact advised that return to full capacity will likely not happen for a few weeks.

Biloela started on Monday with four-tooth ox quoted at 780c/kg and cow at 720c and Lakes Creek will start later this month.

Dinmore will start this Friday with Nerimbera and Townsville due next week.

Cattle are secured for the first week or two but the big unknown is how many staff will turn up on the day.

COVID plans developed in the more experienced southern states are being adopted with modifications for Queensland circumstances but as the contact said it is a day-by-day thing.