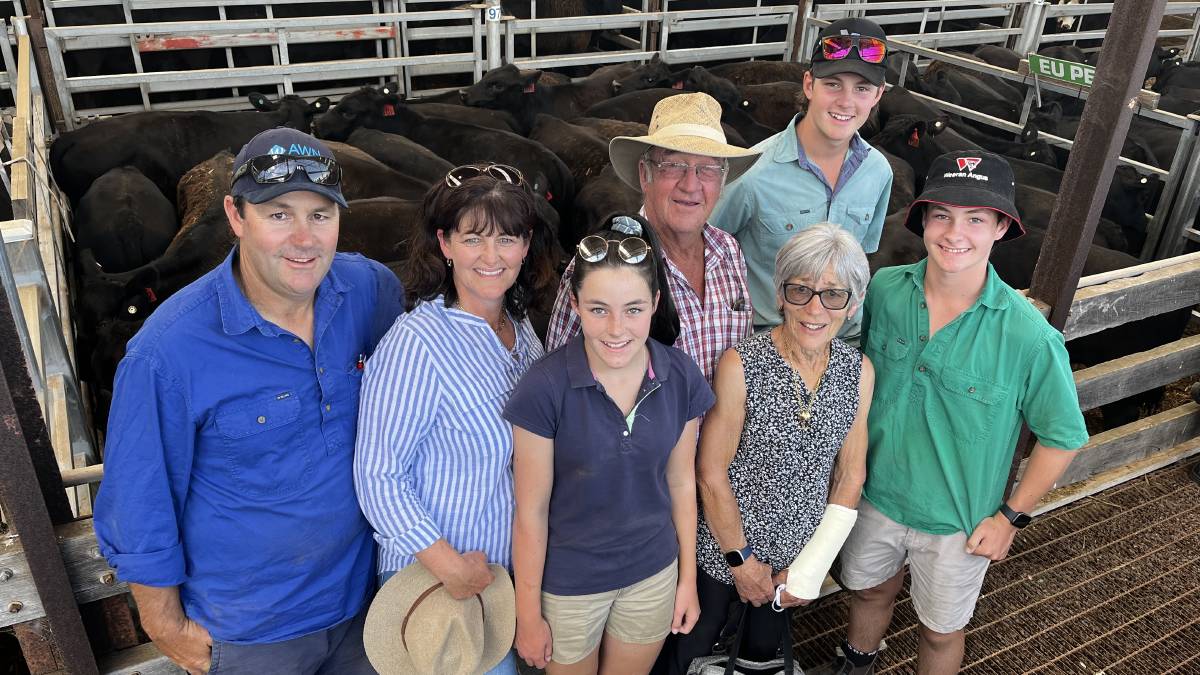 Hamilton weaner steer prices soared past 770 cents a kilogram on Monday as week two of the southern weaner cattle sales series kicked off in Victoria.

Northern NSW demand for cattle to restock underpinned the 4120-head feature sale as much as 80 per cent of the large yarding of cattle went north of the Murray River or south to Gippsland.

Local western district agents said they were rapt with the prices, and while prices were on par with other recent cattle sales, the consistent high prices at the sale remained "red hot" from the first to the last pen.

It was the first of four weaner sales at the Hamilton Regional Livestock Exchange this week, with other sales to take place at Casterton, Yea, Kyneton, Euroa, Wodonga, Pakenham and Naracoorte, SA, this week.

Last week sales predominately took place in north-east Victoria and SA as sales were held at locations including Wangaratta and Wodonga, with sales set to return to the latter later in the week.

Mr Douglas estimated about 80 per cent of the yarding would leave the Hamilton district, most bound for northern NSW with several loads destined for restockers in Gippsland.

He said the average weight of the yarding at the sale was one kilogram heavier compared to the 2021 sale.

"However, we saw a lot more tail-ends of peoples' drafts and that's because of how high the prices are at the moment," he said.

"We always have a northern interest but it's seasonal driven and it's well documented that they have feed and need stock.

"Generally speaking, we would usually get a load to South Australia but NSW especially really stepped up and we have never seen it like we did today."

"I don't think it was any dearer than other sales we've seen, but the point of difference was that it was consistent from pen one to pen 161," he said.

"We sold a light pen of calves for 810c/kg and back in our October sale, the same sort of calves made 850c/kg but they had probably better displays of breeding."

"As one buyer said here today, 'I've bought 600 cattle and that gives me 600 cattle to sell later on', and they just don't have any cattle in the north."

Mr Clark said he expected the high beef prices for store cattle to remain consistent for well into the new year.

"I'm going to stick my head on a chopping block here but I think we'll be right for another six months or maybe even longer," Mr Clark said.

"The breeding is what stood out today and these calves had done very well and that's attributed to the bloody breeding and farm management of these animals."