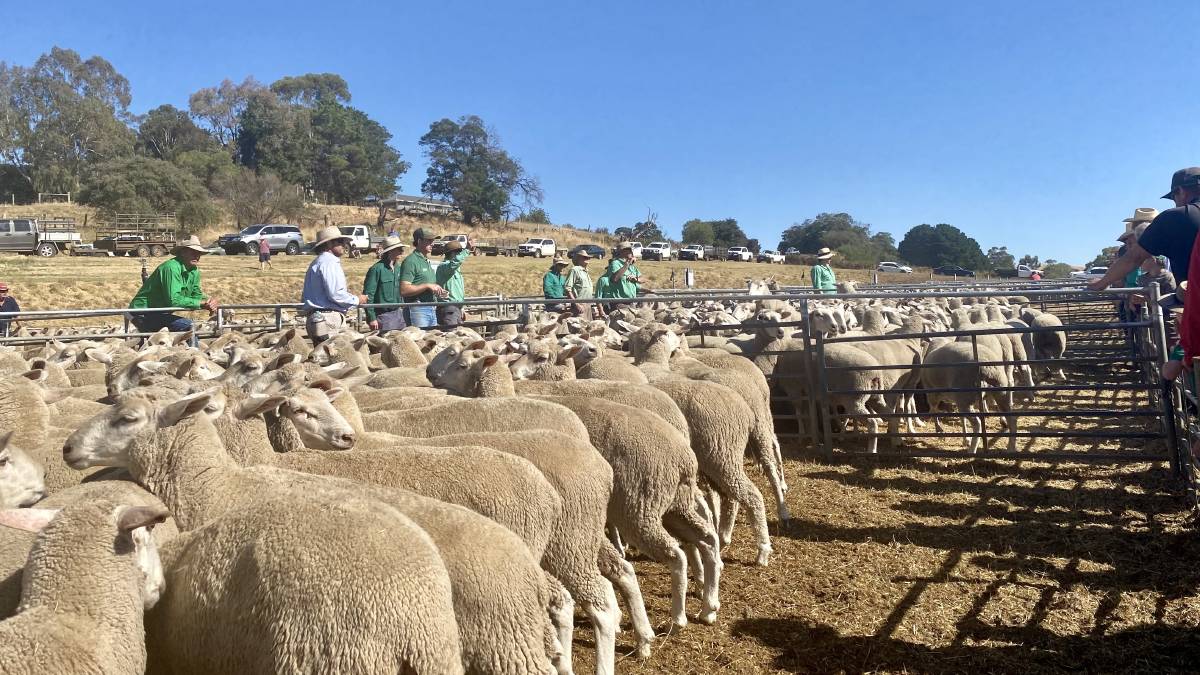 Some key buyers were absent at the saleyards this week.

Doubt has been cast by agents over skyrocketing cases of coronavirus in Victoria as several major buyers were absent from sheep sales in the first week of 2021.

On Tuesday, Victoria recorded more than 14,000 new cases of COVID-19, setting a new record for the virus in the state, which also forced major buyers to withdraw from the return of Ballarat's first January sheep sale.

A major abattoir and exporter, along with two major supermarket buyers and domestic processors, were largely absent as agents pointed towards COVID as a contributing factor.

"One abattoir was hit with COVID which meant a major exporter wasn't able to operate, and supermarkets also weren't active," Mr White said.

"Our company bought a lot of lambs for restockers and we're fortunately in the position where we can handle a few but the sale really felt the loss of those key buyers.

"A lot of those heavier and better-type lambs would be $10-$20 cheaper and more in places."

Increasing coronavirus cases are believed to be hindering some processors, despite high export demand for lamb and mutton globally as international markets seek to sure-up protein sources.

"There's plenty of demand for export at the moment but without abattoirs operating it's making it very challenging," Mr White said.

"We'll start to see a quick change over to shorn lambs and once the abs get back to work, that's when we'll see better prices."

The rocky start to the Ballarat's selling calendar came a week after a fairly impressive sale at Casterton in the far west of the state, where first-cross ewes sold to $420 a head.

One of the selling agents, Nutrien Casterton livestock manager Rick Smith, said it was the highest price the complex had reported for breeding females.

"I personally think your better end of breeding sheep, whether they by first-cross or composite, are facing a lot of competition as farmers look at self-replacing operations," Mr Smith said.

"I can't see sheep getting dearer into the new year but people are setting their enterprises up for self-replacing.

"There seems to be a shift towards composite ewes and putting terminals and maternals over them because it gives farmers that flexibility."

Mr Smith said in this case, the sale was underpinned by buyers from across western Victoria as well as further afield including south-east South Australia, indicating there were ongoing flock rebuilds.