Prices at the Warrnambool F1 feature sale in December were generally $500-$700 a head above 2021 levels. 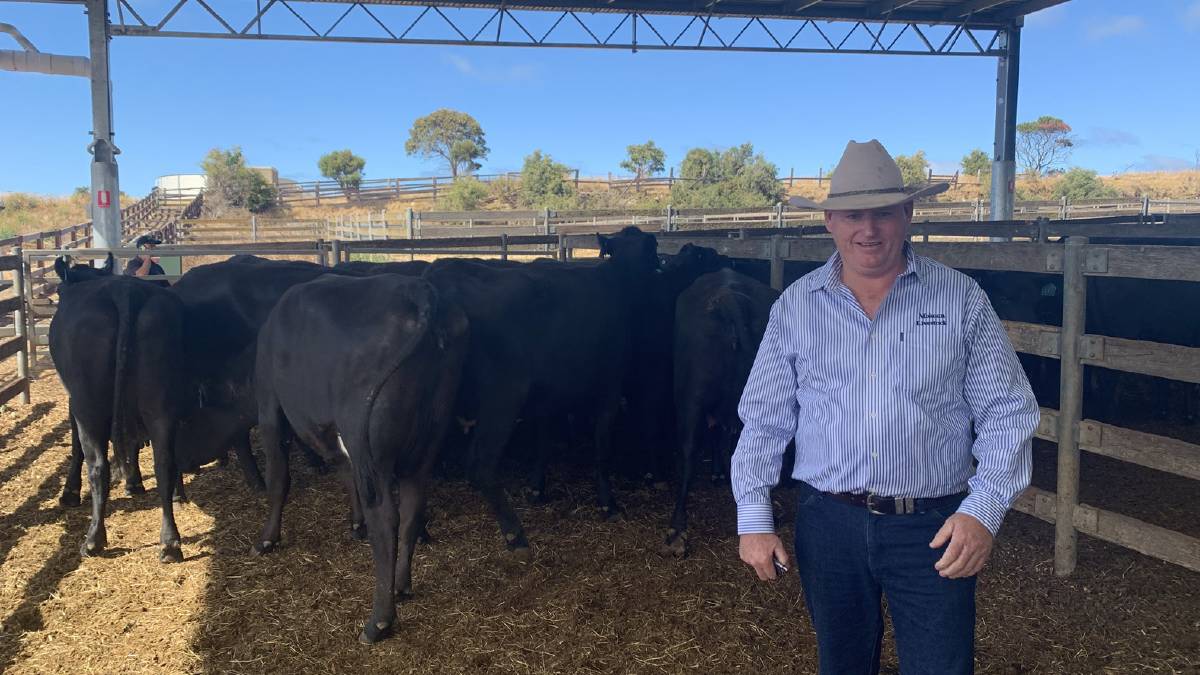 The top calved heifers sold to $4300 a head, joined heifers to $3750 and unjoined females to $2310 at the annual Warrnambool F1 feature sale in late December.

A large crowd attended to bid on the yarding of 1300 cattle with StockLive also active online.

Warrnambool Stock Agents Association president Jack Kelly said the sale was exceptional from the first pen all the way through.

Mr Kelly said the first pen of Mindarra Park cattle sold to $4300, purchased by a repeat buyer, which set the sale up.

He said the sale attracted repeat vendors from a wide area including the north-east, Gippsland and Harrow.

He said it was a really strong result driven by a large crowd of purchasers wanting to secure replacement breeders for their vealer operations.

"It was an excellent quality yarding of heifers and calves and joined heifers," he said.

He said demand came with a "vealer job so good and strength of the cow job".

Darren Askew, Mindarra Park, sold two pens of Angus/Friesian-cross heifers, 2.5-years-old, with November-drop calves at foot by Limousin bulls, that sold for a sale top of $4300.

"That was unexpected money but the people joining these cattle and selling them also need to buy back, which puts a floor in the market," Mr Kelly said.

Nine Angus/Friesian-cross with Limousin calves at foot sold by Hazelwood Farm made $3650.

Of the joined heifers, a pen of nine Hereford/Friesian-cross heifers pregnancy-tested-in-calf to Limousin bulls to calve on January 10, was sold by Rivetts Run for $3750.

Eight unjoined heifers sold by B & H McCosh, Angus/Friesian-cross, made $2310.