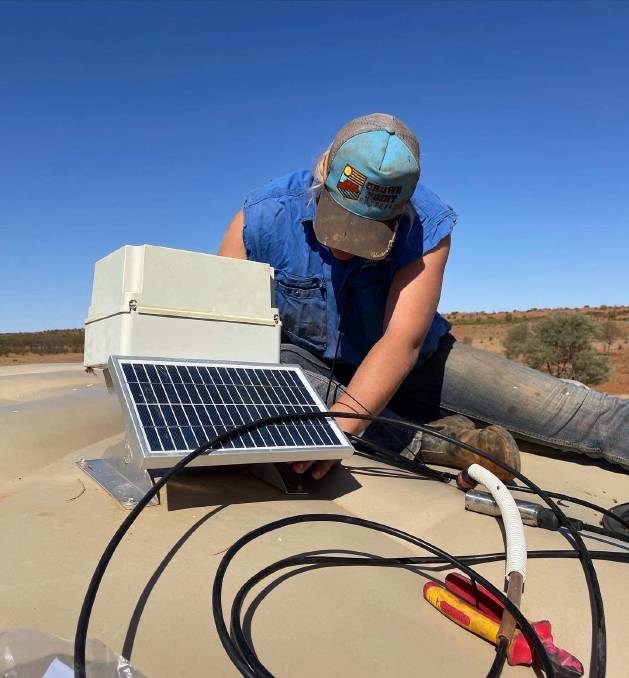 Like many producers they have explored ways to maximise efficiencies through the adoption of agtech.

This journey has led to them installing remote water monitoring systems.

The Costellos run a predominantly Angus-based herd at a stocking rate of roughly one beast per square kilometre. This stocking rate drops back in particularly dry years.

Numerous native grasses grow on the property and the landscape varies from gibber plains, sand hills and creek flats to flood out country.

Cattle are turned off after they hit 600kg as heavyweight bullocks and are sent to AMG in Victoria for processing.

The station is part of Crown Point Pastoral Company, which is run with their children and business partner Viv Oldfield, who are on neighbouring properties. 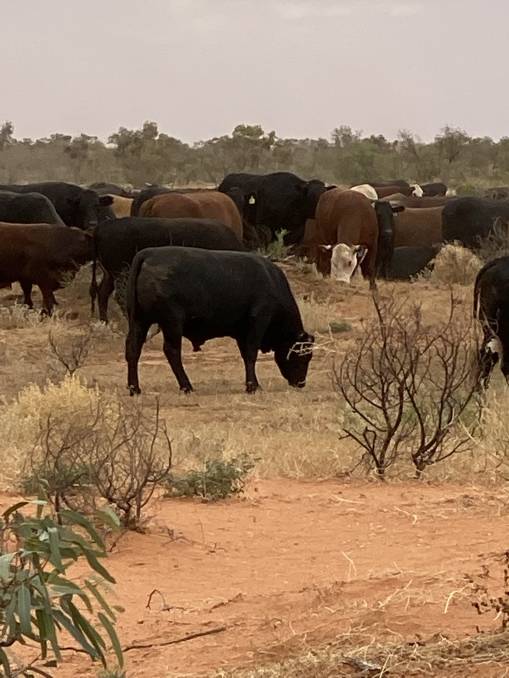 Mrs Costello said their children had heard about the systems at a beef industry field day and coincidentally, her husband had also been looking into it.

She said they had looked at three different types of systems, and quickly realised the benefits, before choosing to go with Farmbot.

Mrs Costello said they found the Farmbot team to be very approachable, with good service and a reasonably priced product.

"We got seven or eight for each place and then realised they could save us so much time as well as diesel and wear and tear on our vehicles," she said.

"The first few cut the bore runs down so significantly that it was a no brainer to continue rolling them out.

"So we went and tried to do the whole place really; now I'd say at least 90 per cent of the place has got the Farmbot, unless there's an ephemeral dam."

A bore run on the property is no small feat, it can often be a journey of more than 350 kilometres in searing heat above 40 degrees.

Mrs Costello said they usually check the monitoring system in the morning and go through to see whether water storages are trending up or down.

From there they decide whether they need to go out or if particular points can be left for a bit longer.

"Sometimes a float might have given way or cattle might have gotten stuck in the trough and you can see it very quickly.

"It saves a potential disaster just after you've done a bore run; you can be alerted and you can do something in a timely manner." 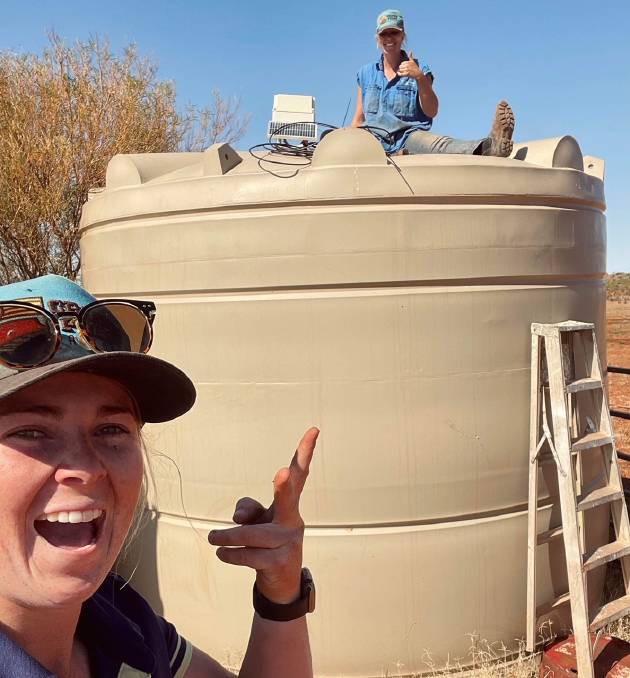 Pernille Vaaben Nielsen installing a Farmbot monitor with the assistance of Tanisha Stewart.

Mrs Costello said the system had freed up time and made a tangible difference to their operation.

She said the system has well and truly paid for itself in less than two years.

"It's been a good investment and the efficiency we get out of it is big bang for your buck," she said.

With a shrinking labour pool and increased operating costs, the role technology can play in agriculture has never been more important.

Mrs Costello said it was important to continue adopting technology as it becomes available.

"Whether it's remote monitoring, or walk over weighing, anything that saves labour and time has got to be a good thing," she said.

"It has got to be part of the vision and we've got to be embracing those changes."

The Costellos don't use walk over weighing at present but would love to in the future.

The two innovations they are trialling now are Ceres Tags with its geolocation services and remotely monitoring pasture via satellite to see what feed is on offer.

"All those things that can help you make better and more timely decisions and be more efficient have got to be part of your plan," she said.

The story How remote water monitoring has changed life on this outback station first appeared on Farm Online.