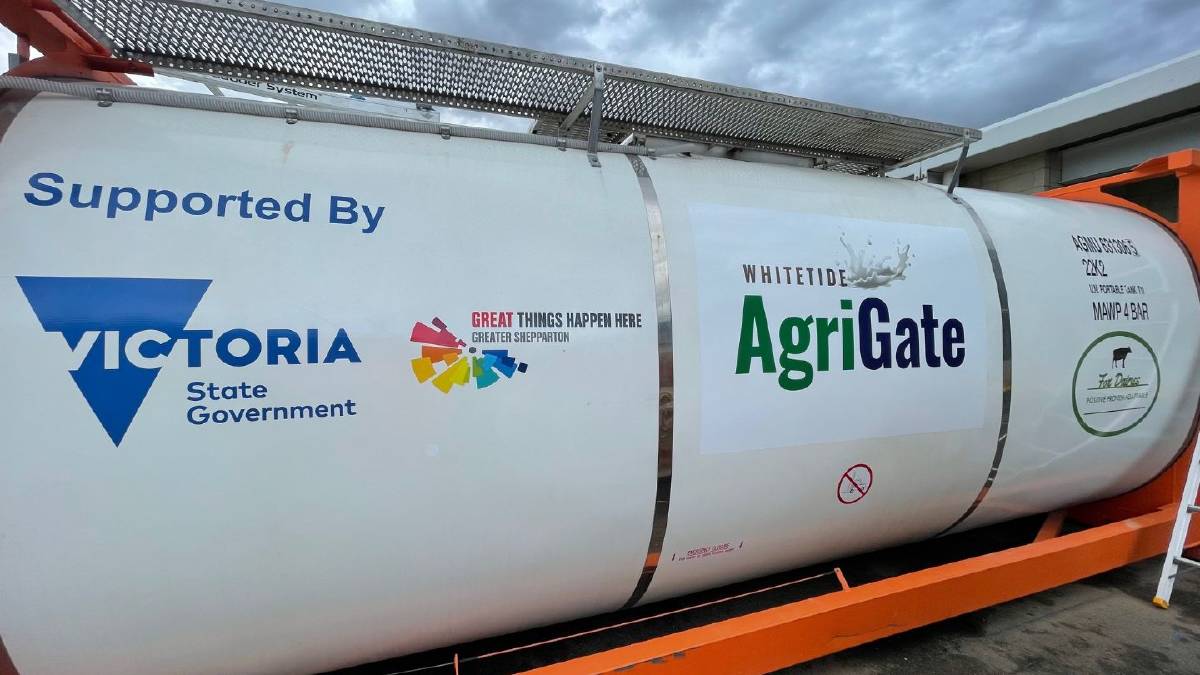 MILK MAGIC: This non-refrigerated vat will allow farmers to keep milk fresh for 23 days so they can deliver direct to Asia using low-cost sea freight.

Dairy farmers could soon be sending their own milk direct to Asia, thanks to new Australian technology.

Milk straight from the cow will soon be sailing direct to Asia, thanks to new sealed vat technology that can extend the shelf life of raw milk to 23 days, and the implications for farmers could be massive.

The technology developed by AgriGate would allow farmers to transform their milk from a commodity into their own consumer product, or have it marketed for them by the company.

With such an extended shelf life, it was possible to sea-freight the milk to Asia, dramatically driving down export costs.

And, rather than commingling milk from several farms in one tanker, each AgriGate vat would carry just a single farm's production.

That would allow the farmer to tell their own story and create a unique brand, AgriGate managing director Peter Askew said.

"It's actually personalising the product and we believe that's an important part of the differentiation of Australian milk to the large volume exporters that we would compete against," he said.

"That's not Australia, that's other producers across the world."

In some Asian countries, Mr Askew said, plain white drinking milk retailed for $8-$10 a litre and there were plenty of opportunities to value add.

AgriGate has been working with the CSIRO, Austrade and the Victorian government on the project, which is called White Tide.

The company had already secured a forward contract for 80 million litres from an Asian customer and supply agreements totalling 100m litres from northern Victorian dairy farmers.

White Tide is planning to launch the project into three Asian countries known for their high milk consumption. Projections are for 80m litre a year sales into each of the three.

Mr Askew said he hoped White Tide would lift farmgate milk prices across the board as it grew.

But he was at pains to emphasise that the project was still in its embryonic stages and needed to jump through regulatory hoops with both Australian and destination country governments.

So far, permission had only been granted to export the raw milk to one country and, while the sealed vats had been successfully freighted around Australia, there was yet to be an international sale.

"This is the country boy coming out in me," Mr Askew said.

"What I don't want to do is create false expectations for people.

"There's a lot of people in the industry that have done it really, really hard, and I don't want to give false hope to people, because this is not gonna happen today or tomorrow."

The pandemic had slowed negotiations with Asian authorities and prospective customers, so timeframes were a little uncertain, he said.

In the meantime, AgriGate was working with Dairy Australia's northern Victorian arm, Murray Dairy, on raw milk quality standards and how farm agreements should be structured.

"We want to support the family farmer and we're looking at ways to do that," Mr Askew said.

"Obviously, volume is important but we're just working with the Victorian government right now on ways to what I call 'democratise' this opportunity and make it available to the smaller producer as well.

"We do need volume and the tanks are 24,000 litres, so we need to fill those tanks as quickly as we can."

In practical terms, that meant less than three days. There was little modification needed to dairy infrastructure, with just a hose needed to reach the White Tide vat, a non-refrigerated 20-foot ISO container suited to road, rail or sea freight.

Of course, such technology could also open the door for cheap raw milk imports but Mr Askew ruled that out.

"I've already been offered a significant amount for this technology and I refuse to sell," he said.

"While I'm involved in it, it will only be an Australian export product."

Hinting there was more to come, Mr Askew said the White Tide technology aligned with other products designed to improve the fortunes of rural and regional Australia.

"This is an industry that Australia should be very proud of," he said.

"The importance of having prosperous rural communities is something that I think is undervalued in this country."

The story Dairy farmers in charge of own exports first appeared on Farm Online.