Near Barrabra in northern NSW, this property has the scale of a productive cattle and sheep operation and the beauty of a lifestyler. 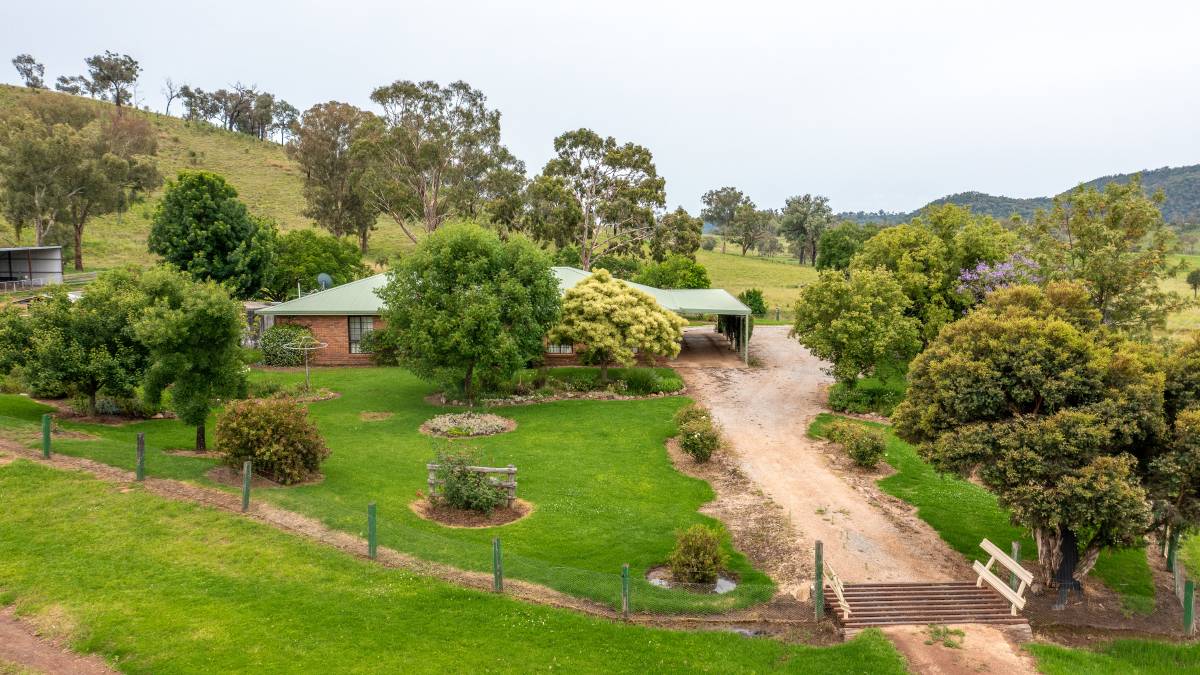 Three creeks wind their way through the lightly timbered hills at Rodelle, making it one of the loveliest and most reliable places to farm in northern NSW.

The 1176-hectare beef and sheep property is 40 kilometres north-east of Barrabra, within easy striking distance of Gunnedah, Tamworth and Inverell.

The conventional system for a property like Rodelle, Mr Gibson said, was a mix of cattle, fodder and sheep and it's equipped accordingly, with cattle yards as well as a good three-stand electric raised-board woolshed.

Soils range from soft, chocolate and red basalt flats to rolling hills, with some areas of steeper traprock country. Roughly 400ha of the property is arable.

The improved pastures have a well established sub-tropical sward and there's also 40ha of lucerne sown in the last year.

In any case, he said, with just 100 head of sheep currently on the property, the buyer would enjoy a "huge body of feed".

Around 3km of the permanent McIntyre Creek runs through Rodelle, along with several seasonal creeks.

Together with 14 dams harvesting the estimated 660-710mm average annual rainfall, they make for a resilient, well-watered property.

Both the internal and external fencing was in good order, Mr Gibson said, with a combination of netting and hinge-joint in combination with barbed and plain wire on timber and steel posts.

A real highlight of Rodelle was the lifestyle it offered, he said.

With wraparound verandahs, the four-bedroom home exudes the air of a country homestead, its living areas taking in beautiful views across the valley.

The auction is scheduled for February 3 unless sold prior.

"It's hard to put a price on a property like Rodelle in such an unpredictable market but we expect the bidding to open in the early two millions," Mr Gibson said.

"The vendors have instructed us to sell and all genuine offers will be considered."