The sale included Chrome Sheep studs and seven other clients. 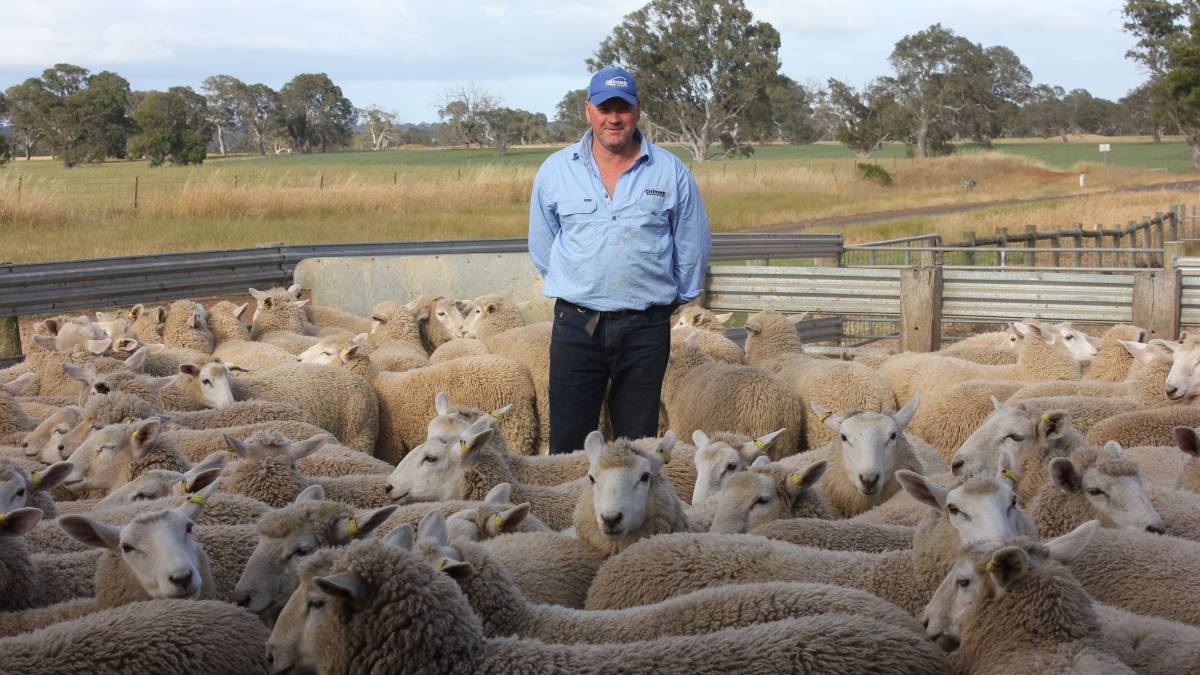 Chrome Sheep studs co-principal Matt Tonissen, Yulecart, with some of the top-priced ewe lambs which sold to $296 this week.

TWO pens of 2020-drop ewes topped the Chrome Genetic Maternal Ewe Sale on Tuesday, knocked down to a top price of $360 a head.

The multi-vendor feature sale attracted strong bids from across Victoria and SA, with an impressive clearance rate of 87 per cent recorded.

The Grant's two top-priced pens included a draft of 120 and 100 ewes, respectively, which sold for $360 to a buyer from the Skipton region.

The online sale featured lots from Chrome Sheep studs, Hamilton, as well as seven of the stud's clients.

"We are very happy for our clients ... as we feel they gained a premium from being involved in a branded sale.," she said.

Chrome Sheep studs sold the top-priced pen of ewe lambs with a draft of 112 head which went under the hammer for $295.

The top pen of ewe lambs was bought by a client near Ballarat.