The 8000 ewes were bought by clients in NSW, Qld and Tasmania. 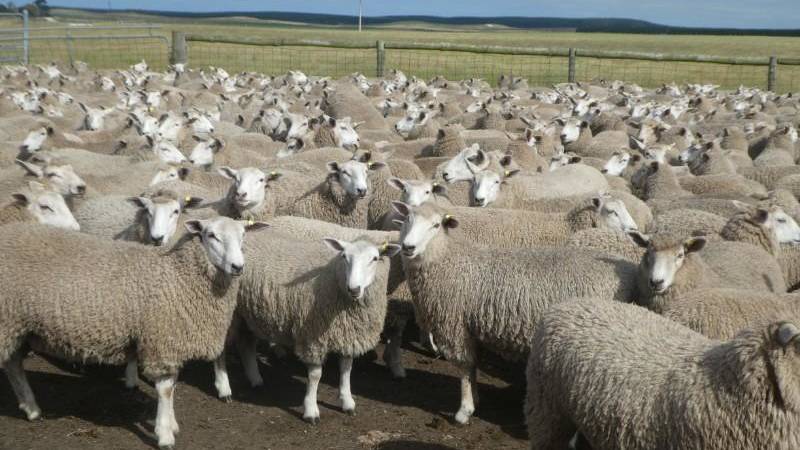 STRONG INTEREST: Cashmore Oaklea ewe lambs which weighed 53kg and were bought for $270 during the sale.

The Cashmore Oaklea stud, near Portland in south-west Victoria, sold 50 of its 68 ewe lots on offer to buyers from across five states including Victoria, SA, Tasmania, Qld and NSW.

"Cashmore Oaklea have been breeding these maternal composites for 40 years now and they are doing extremely well every where they go," Mr Pegler said.

"This is due to the fact that we put a lot of emphasis on fertility, mothering ability, parasite resistance and growth rates under some fairly harsh conditions."

A handful of lots also went north to Wellington and Young, NSW, and to West End, Qld.

The top-priced ewe lamb buyer was bought by client in western Victoria.

"The highlight of the sale was how well the shedding sheep sold and it will be interesting to see how long this trend lasts," Mr Pegler said.

"We are having a tremendous season and 95 per cent of our June/July wether lambs which went over the hooks in the second week of November to average 26.4kg dressed.

"This is the best we have ever done and we were quite pleased, especially when these lambs were reared at over 150pc."

Among the volume buyers was Robert Cruise, Mount Gambier, SA, who bought 700 ewes at the sale on behalf of Rex Copping, Lucindale.

"They're a typical meat breed and their growth rates along with their fertility are exceptional," Mr Cruise said.

"Don's been breeding these sheep for a very long time and he's had huge success with weight gain and early maturing sheep in his flock and that's why people like them.."